Birkenstock just opened a store in Sandton City with more colours, styles, and a kids' area German sandal makers Birkenstock has opened a new standalone concept store in Sandton City in a move to help it bolster its footprint in South Africa.

Birkenstock, which invented the footbed that offers arch support, is known for its comfort and high functionality. In recent times, the sandal-maker, founded in 1774, has seen a resurgence in demand for its sandals. It has also fast gained popularity in South Africa, with some retailers in the county bringing the brand on to their shelves.

Last year, retailer Woolworths introduced the brand in its stores. At the time, the retailer said it was "one of the hottest [shoe brands] in the world at the moment".

Although the much-loved sandal brand already has stores in the country, the Sandton city store is a concept store. The store also has a dedicated kid's area making it a family destination. (Image: Supplied/Maritz Verwey)

The store is the seventh to open in South Africa, with stores already operating at the V&A Waterfront, Cavendish Square, Somerset Mall, Morningside, and Menlyn.

The stores, which are "aesthetically created" speak to the surging demand for its products and the growth in new customers across South Africa, Birkenstock said.

"The new concept store reflects Birkenstock's commitment to using sustainable raw materials such as natural cork, natural latex, and jute. This close relationship with nature is reflected in the store's fittings with earthy colours and natural interior design elements to emphasise the brand's philosophy," the retailer said. 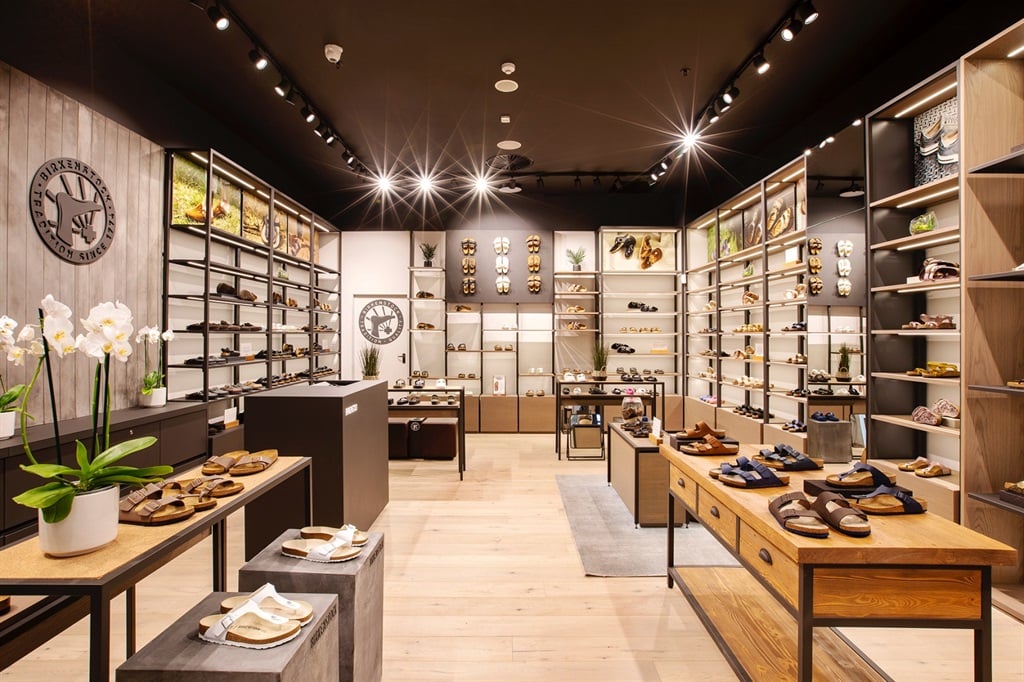 The Sandton store has bigger selection of footwear in plenty of materials, colours, and styles, tailored for women and men.

The store also features a dedicated Birkenstock kids' area, which makes it a premium family destination.

The ranges boast timeless footwear styles, including the Arizona, Gizeh, and Madrid, and some newer styles in the Shiny Python collection and Big Buckle ranges in leather.

Alongside its core sandal offering, the store also stocks shoes, socks, and belts "A cult favourite of celebrities, fashion designers, style icons, and consumers across the globe for decades, the new Birkenstock store in Sandton City is long-awaited by brand loyalists and the fashion-forward enthusiast of the region," the brand said.