The world's largest cruise ship has a bar with robot bartenders. Here's how my margarita compared to one made by a human. One of the robots getting liquor in order to make a drink.
Sophie-Claire Hoeller

The world's largest cruise ship is filled with surprises, from a working carousel to a zip line and even a Starbucks, but one of the wildest things on it is undoubtedly the Bionic Bar - a fully functioning cocktail bar staffed entirely by two robot bartenders.

I recently took a cruise in the name of journalism, and just had to find out whether cyborg concoctions taste as good as human-made ones.

Keep scrolling for the full experience.

Welcome to the Bionic Bar, a bar staffed entirely by two robot bartenders. Their names are Rock 'Em and Sock 'Em, respectively. The arms' movements are modeled after those of Marco Pelle, a dancer from the New York Theatre Ballet. The bar features 30 different spirits, all of which are suspended from the ceiling above the robot bartenders. 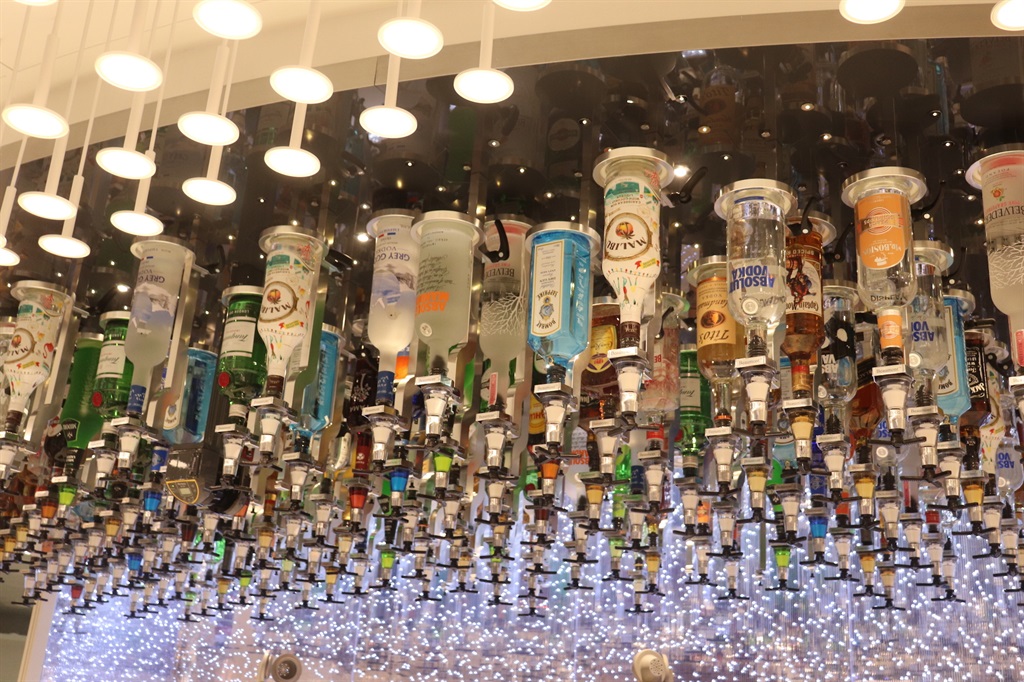 Coupled with 21 different mixers, these robots can make a practically endless amount of different drinks. They can also make two drinks per minute. 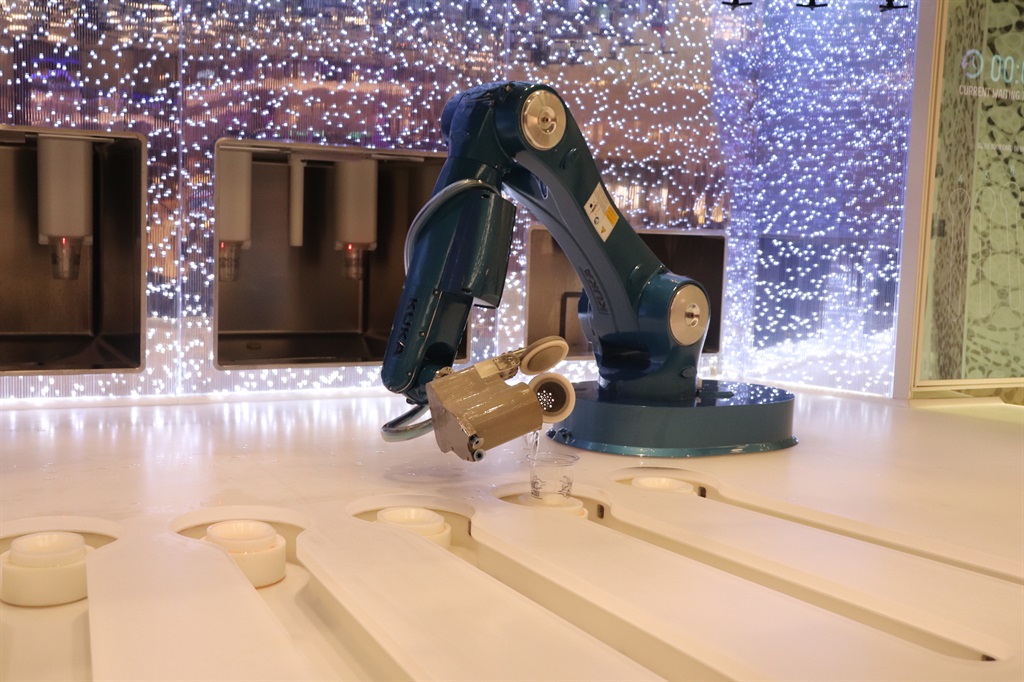 To order a drink, you tap your SeaPass card (your room key, which doubles as your credit card onboard as you accrue expenses for the duration of the trip) on an iPad that is also a menu. You then type in your date of birth before scrolling through a seemingly endless list of drinks. Drinks are visually broken down by ingredient, so you can see exactly how much of everything you're getting — it is measured by robots, after all. 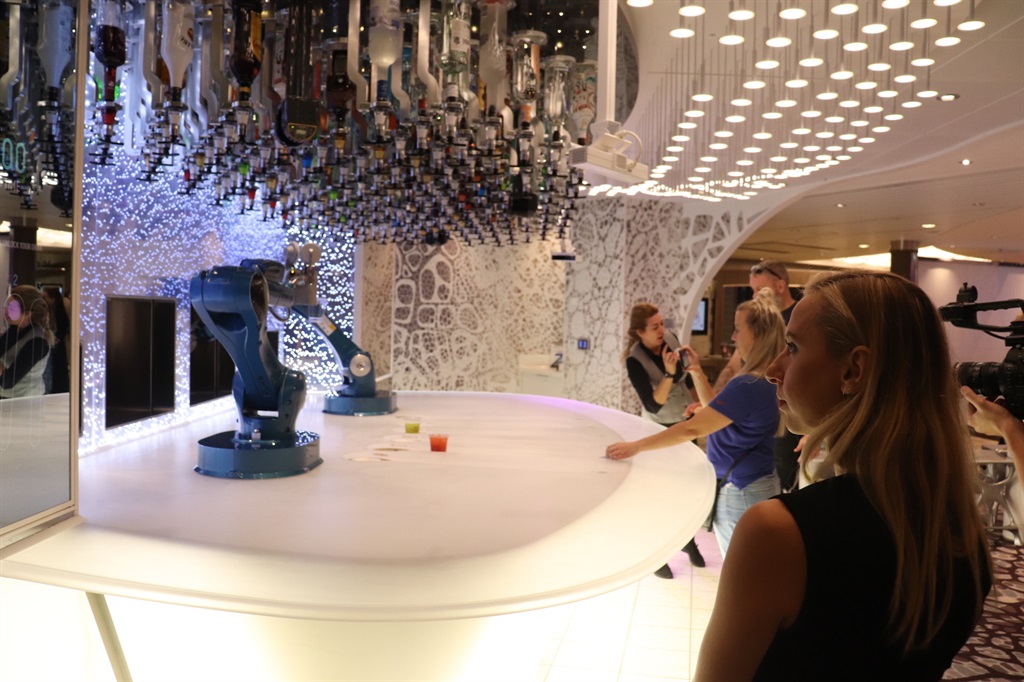 Screens on either side of the robots show fun facts (that day's most ordered drink was the Bionic Bahama Mama) ... ... and the estimated wait time. When your drink is up, a robot arm will acquire all of the ingredients and add them to a metal shaker of sorts.

One of the robots getting liquor in order to make a drink.
Sophie-Claire Hoeller

It will then either stir, shake, strain, or muddle the ingredients. 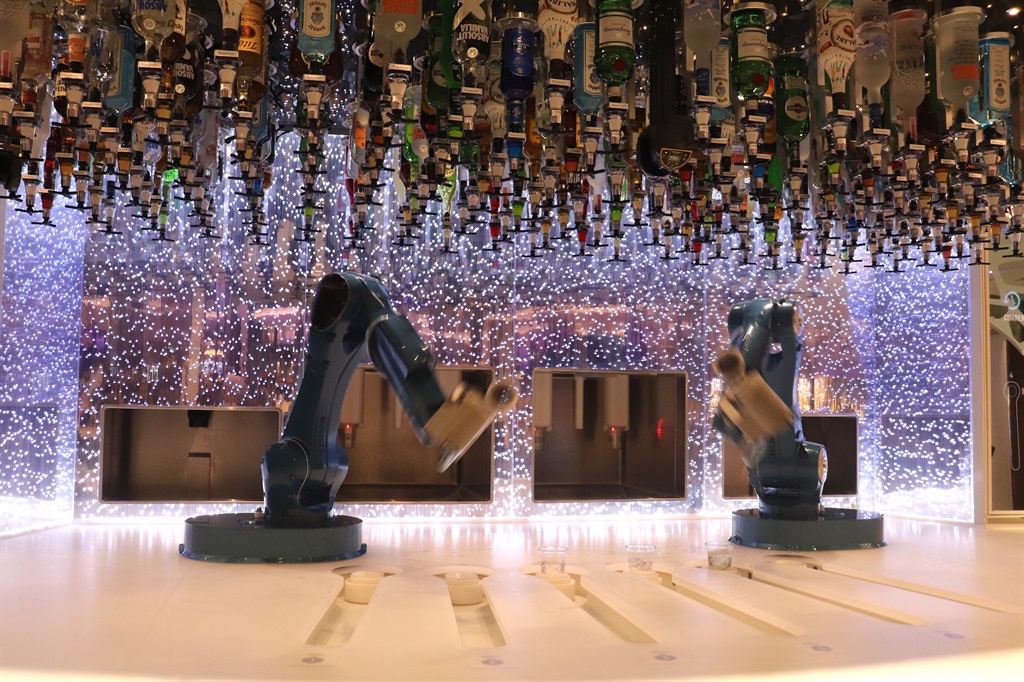 It then pours the drink into a plastic cup it had previously grabbed from the back. When your drink is done (the screen will let you know when and where), you tap your SeaPass to unlock it, allowing it to slide down to you. That way, no one else can accidentally (or purposely) take your drink. 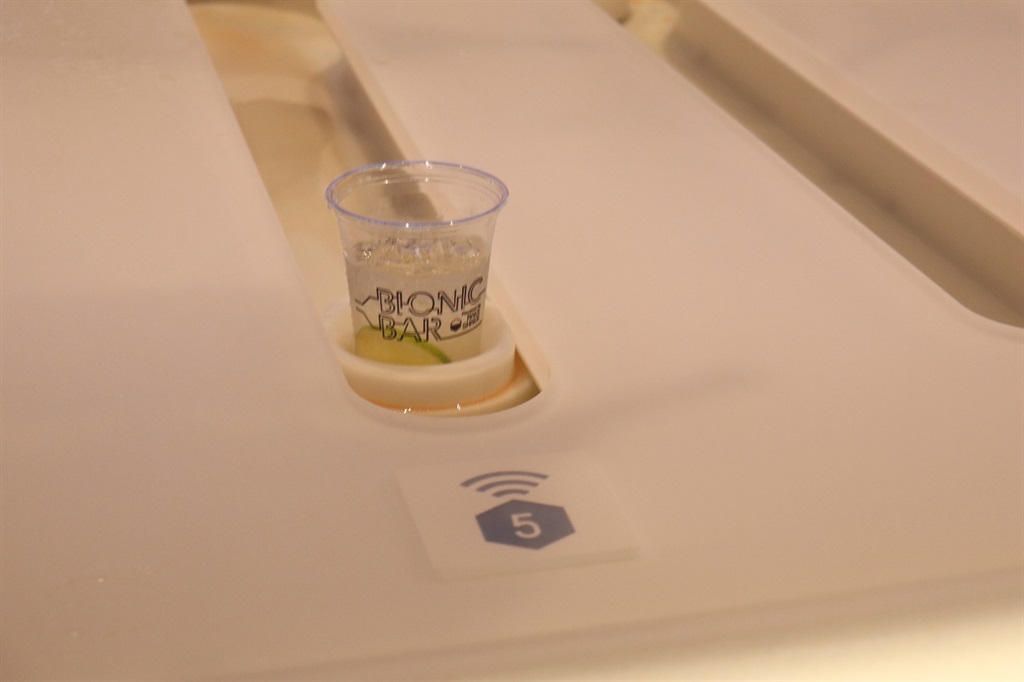 It looks like a margarita! It even had slices of lime in it. Pretty good! It could have been a little stronger, in my opinion, but it was definitely a solid margarita. That said, it lacks the heart of a human-made drink, as well as the ear of a real-life bartender. 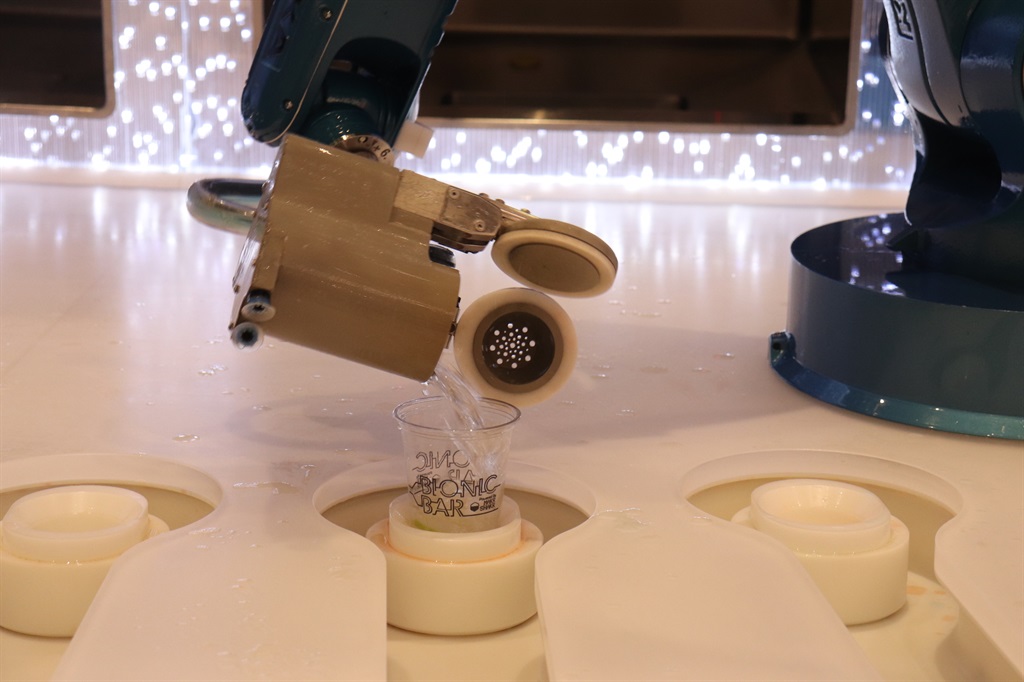 The pros are that there's no squeezing through a crowd to get to a stressed-out bartender, no playing favourites, and totally consistent drinks, as well as the showmanship, of course.

I love a good gimmick and this was a super fun experience - but for my next drink, I'll be seeking out a human.

Related Links
Here’s what MSC Cruises’ new R200 million terminal in Durban will look like
Cruise-ship workers say they have so much sex that it's comparable to college
Video shows the moment a cruise ship nearly plowed into a Venice cafe during a storm
Next on Business Insider
Joburg’s pothole app got 28,000 reports, and the partnership behind it is fixing 100,000 a year