These billion-rand cities are straight out of science fiction, and they will soon become a reality

Cities may be a long way from hovercrafts and Hyperloops, but they're slowly catching up to the visions of science fiction.

Technologies that once seemed impossible, like driverless cars and drone taxis, are now popping up mega-developments around the world.

By designing cities from scratch, nations like India, Saudi Arabia, and the US can accommodate new innovations in infrastructure and deliver services more efficiently to residents.

Take a look at the development projects that are blurring the lines between reality and science fiction.

Senegal's $2 billion futuristic city has been likened to Wakanda from "Black Panther." 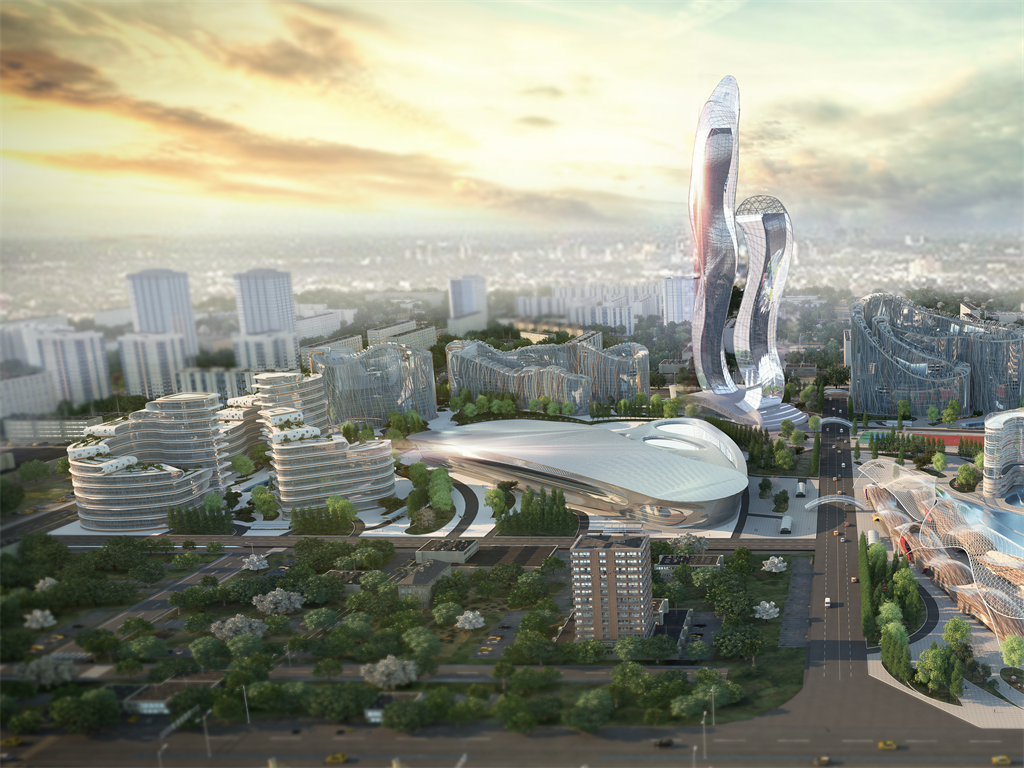 When the superhero film "Black Panther" was released in 2018, its fictional city of Wakanda immediately drew comparisons to certain future-focused African development projects.

The similarities between Wakanda and the $2 billion Diamniadio Lake City in Senegal are particularly striking.

With their sharp architecture and shimmering steel buildings, both cities seem to have leapt from the pages of a comic book.

Diamniadio was even mistakenly used in promotional material for Akon's Crypto City, a theoretical community modeled after the Black Panther metropolis.

Read more: Senegal is building a $2 billion futuristic city to help cut down on overcrowding in Dakar - check out its abstract design Plans for the city of Lusail first surfaced in 2005, but were delayed until 2010, when Qatar won the bid to host the 2022 FIFA World Cup.

The city is now set to arrive by 2020, and will feature a new stadium, skyscrapers, villas, and 22 new hotels. It will also implement pneumatic trash tubes that transport waste to a single location.

But the development could come at a price. Qatar has been criticized for its inhumane labor practices, which human rights watchers have likened to "modern day slavery." Already, workers in Lusail have complained of long hours and withheld pay.

Read more: Qatar is building a $45 billion city from scratch for the World Cup that it might lose

A $500 billion megacity in Saudi Arabia is preparing for a world of robot workers and drone taxis. Saudi Arabia is undergoing a massive development boom, with the arrival of around 4,700 active construction projects. The most expensive of these projects is Neom, a megacity that links to Africa via a bridge over the Red Sea.

In late October, a string of prominent investors temporarily pulled out of the project after the brutal murder of journalist Jamal Khashoggi, whose death has been linked to Saudi Arabia's crown prince Mohammed bin Salman.

If brought to life, Neom would introduce a utopian vision of robot workers and drone taxis for the steep price of $500 billion.

Malaysia is building a high-tech version of Singapore that's covered in trees. A chain of four Malaysian islands will soon become home to a $100 billion project that could challenge Singapore's dominance in the region.

As its name, Forest City, suggests, the development features signature, plant-lined buildings that call to mind an urban jungle.

While the developers have been criticized for making their promises too grand, their vision is remarkable. By 2040, they hope to build a city smart enough to self-water plants and repair broken windows almost immediately after an incident.

Read more: Chinese developers want to build a city covered in trees and shrubs from the ground up

At $10 billion, the King Abdullah Financial District isn't the most expensive construction project in Saudi Arabia, but it boasts one of the most forward-thinking designs.

While the project is behind schedule, it should be completed in time for the G20 Summit in 2020.

Read more: Saudi Arabia is building a $10 billion city on the sand - here's what it will look like The project is set to finish in 2030, at which point it will be covered in sensors that collect and share data. The sensors will help the city monitor things like car traffic and make adjustments to traffic lights.

The goal is to create a technology network that syncs local infrastructure with city services, businesses, and pedestrian activity.

Gandhinagar, India, has installed digital signs that beam government messages to the public. 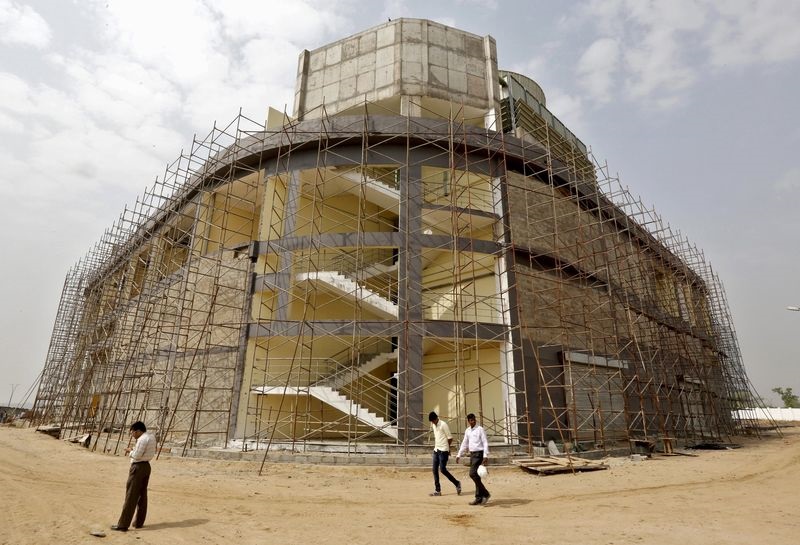 India is working to transform the city of Gandhinagar into a high-tech mecca. In addition to the usual "smart city" elements like sensors and surveillance cameras, Gandhinagar includes some unorthodox design features.

The city plans to install five cube-shaped digital signs that beam videos, including government messages and weather updates, at major traffic intersections. It will also add PA systems that play devotional music in the early mornings.

While the final cost of the project isn't clear, India's prime minister has set aside $1 trillion to build 100 smart cities by 2022.