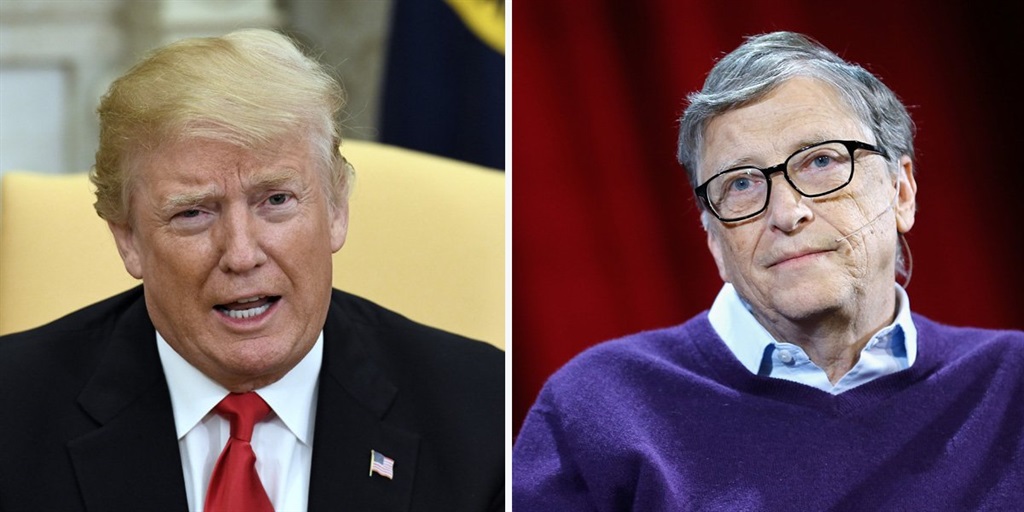 "He wanted to know if there was a difference HIV and HPV, so I was able to explain that those are rarely confused with each other," Gates tells an audience.

Exclusive footage obtained by All In... Bill Gates dishes on his meetings with Donald Trump. More tonight at 8PM ET. #inners pic.twitter.com/Zoehj1WTfk

For the record: HPV, or human papillomavirus, is a very common sexually transmitted disease that often causes no symptoms, but that can lead to an increased risk of cancer in some people. HIV, or human immunodeficiency virus, is a virus that depresses the immune system and can lead to the onset of acquired immune deficiency syndrome (AIDS), a condition that caused one million deaths in 2016, according to the United Nations.

It's not clear where or when he was speaking when the video was taken. However, a tweet from MSNBC host Chris Hayes, whose program "All In With Chris Hayes" shared the footage, gives us a clue: "Bill Gates says that in *both* meetings he had with Trump, Trump asked if HPV and HIV were the same thing," tweeted Hayes.

Gates is a critic of Trump's policies, but did, indeed, meet twice with the president: once in March 2017, and again in the March 2018. This indicates that the video was taken within the last few months.

This wouldn't be the first time Gates spoke publicly about the content of that meeting, either. In April, Gates said that Trump offered him a role as White House science advisor, which he declined, saying that it was "not a good use of my time."

Meanwhile, HIV/AIDS is a matter near and dear to Gates' heart. The Bill and Melinda Gates Foundation, where he spends most of his time, has made it one of its core causes to tackle the spread of the virus.

"All In With Chris Hayes" also published a longer video of Gates' remarks:

An ancient virus that’s similar to HIV is spreading around Australia, and doctors are sounding the alarm

Related Links
Watch: A new SA virtual reality innovation can test whether you are good with heights
Constantly imagining the worst case scenario is called 'catastrophising' — here's how to stop...
SA scientists have found perfume holds the answer to the growing threat of outdoor mosquitos...
Next on Business Insider
CEO who went viral for crying about axing employees says 'a lot of good' has come from his LinkedIn post