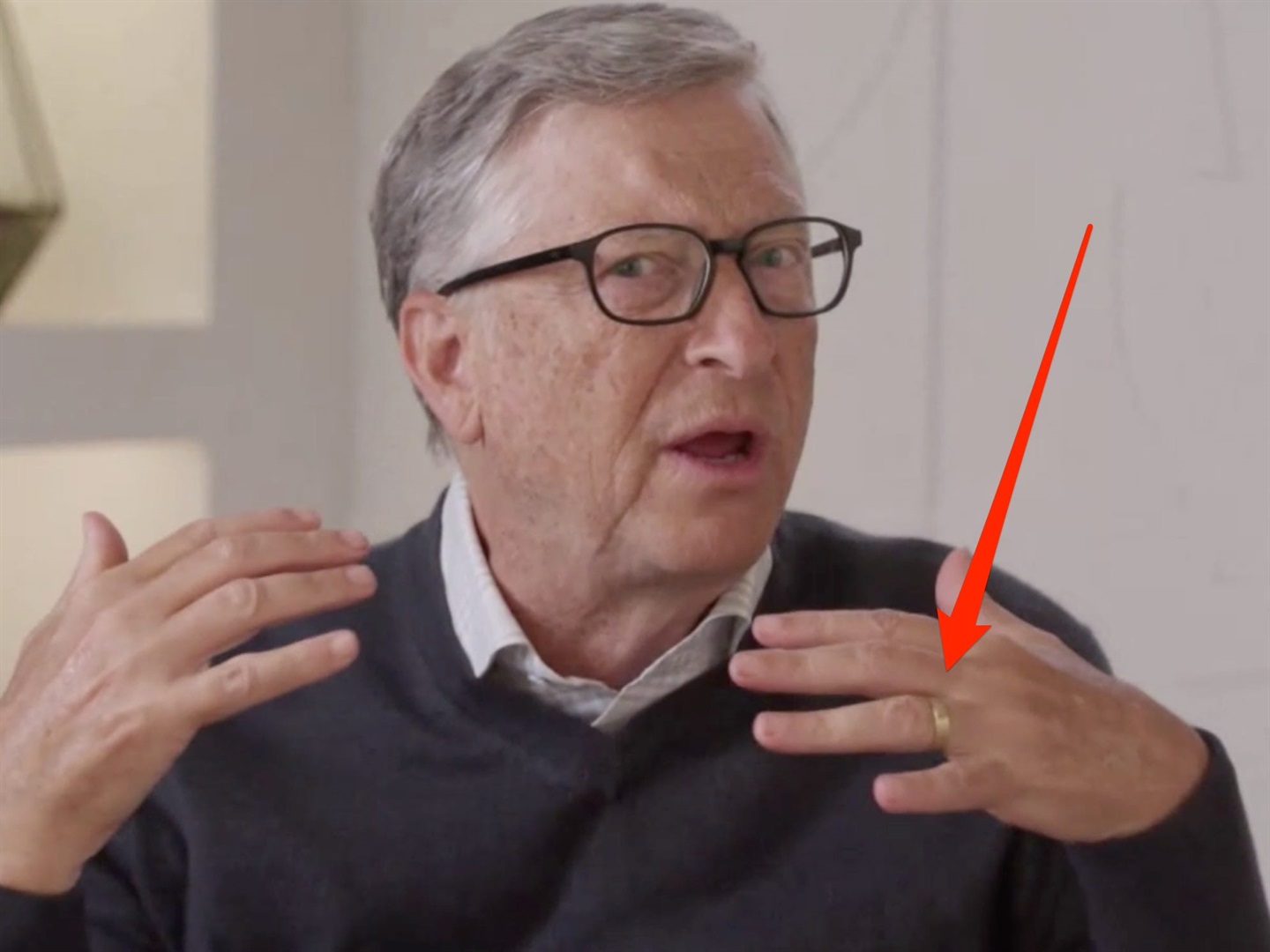 A screenshot of Bill Gates during a virtual conference on Wednesday.
US Chamber of Commerce/Insider

Bill Gates was seen wearing a wedding band on his left ring finger during a virtual event on Wednesday, just two weeks after he and his wife Melinda French Gates announced their divorce.

As the New York Post first reported, Gates spoke at the US Chamber of Commerce's Global Forum on Economic Recovery on Wednesday, his first public appearance since the couple announced their divorce. In the video, the ring can be spotted on his finger.

A spokesperson for Gates did not immediately respond to Insider's request for comment.

French Gates and Gates announced they were ending their 27-year marriage on May 3, shocking those in the technology and philanthropic worlds.

In the weeks since, questions have swirled regarding the couple's massive $130 billion fortune, their continued efforts at the Bill and Melinda Gates Foundation, their children's inheritance, and other factors regarding Gates's personal conduct, such as an affair he had with a Microsoft staffer in 2000. A Gates spokesperson confirmed the affair and said it "ended amicably."

Reports have also surfaced detailing how French Gates began talking with divorce lawyers in 2019 after the news became public of her husband's connection with convicted sex offender Jeffrey Epstein. Gates and Epstein met multiple times between 2011 and 2014, as The New Yorker, The Wall Street Journal, and The New York Times has reported.

Gates told The Journal in 2019 that he had indeed met the financier but did not have "any business relationship or friendship with him."

A source told Page Six this week that he is currently staying at an exclusive golf club in California. Prior to that, Gates reportedly saw the divorce coming and was lying low at his home in Indian Wells for three months.