Bill and Melinda Gates are getting divorced. Here's a look inside their 27-year marriage 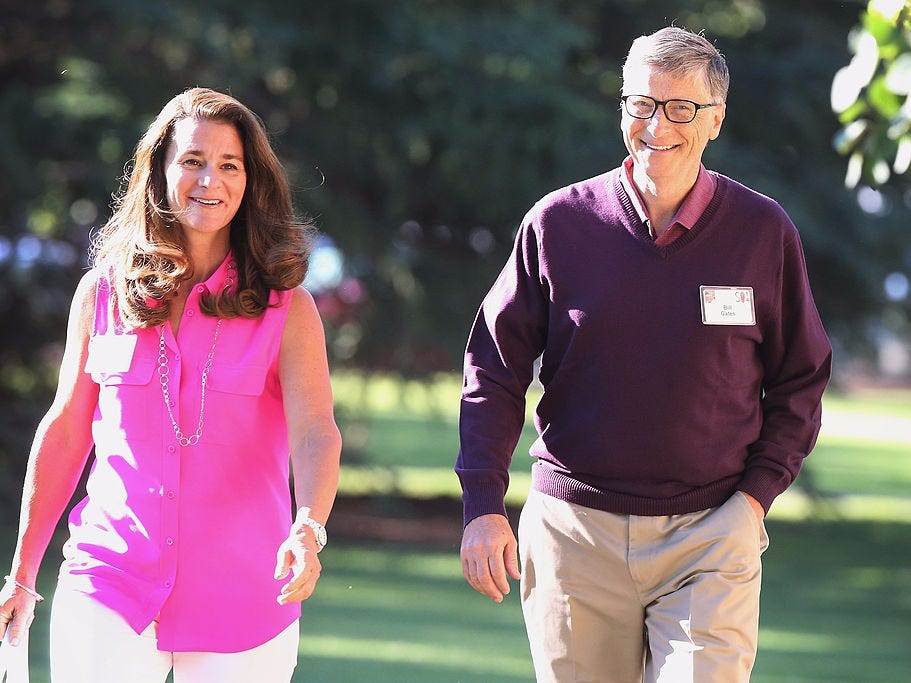 Bill and Melinda gates are splitting up, the Microsoft co-founder announced on Monday.
Scott Olson/Getty Images

Bill and Melinda Gates are getting divorced.

The billionaire Microsoft founder announced his plans to separate with his wife of 27 years on Monday.

"After a great deal of thought and a lot of work on our relationship, we have made the decision to end our marriage," Bill Gates said in a tweet. "Over the last 27 years, we have raised three incredible children and built a foundation that works all over the world to enable all people to lead healthy, productive lives."

Bill and Melinda Gates have been married since 1994, raised three kids, are worth $130.5 billion (R1.9 trillion), and run a namesake philanthropic enterprise boasting a $49.8 billion (R719 billion) endowment.

Here's a look at the marriage between Bill and Melinda:

Bill and Melinda first met in 1987, when she joined Microsoft as a product manager. Melinda gave Bill her number and told him to call her closer to the day he had in mind. Instead, he called her up later that night with a wry question: "Is this spontaneous enough for you?" Turns out, it was. Melinda and Bill dated for seven years before they wed. Melinda told Fortune her mom didn't think that seeing the CEO was a good idea in the beginning. But the couple didn't listen. Business Insider's Tanza Loudenback reported they "kept a low profile at work and asked colleagues and family members to respect their privacy."

"When I look back, Bill was the same kind of guy I was hanging out with in college," Melinda told Fortune. "I had a lot of respect for them, and they had respect for me."

"I was definitely attracted to his brilliant mind, but beyond that, his curiosity," she told Fortune. "And he has a huge sense of fun. I love that wry side of him."

After they were engaged, Bill and Melinda traveled to Africa in late 1993. During the trip, they encountered people in extreme poverty. On a walk on a beach in Zanzibar, Melinda told TED in an interview, the couple "started to talk about" how they might use their fortune to help others. That's when the idea that would ultimately become the Bill & Melinda Gates Foundation began to take root. 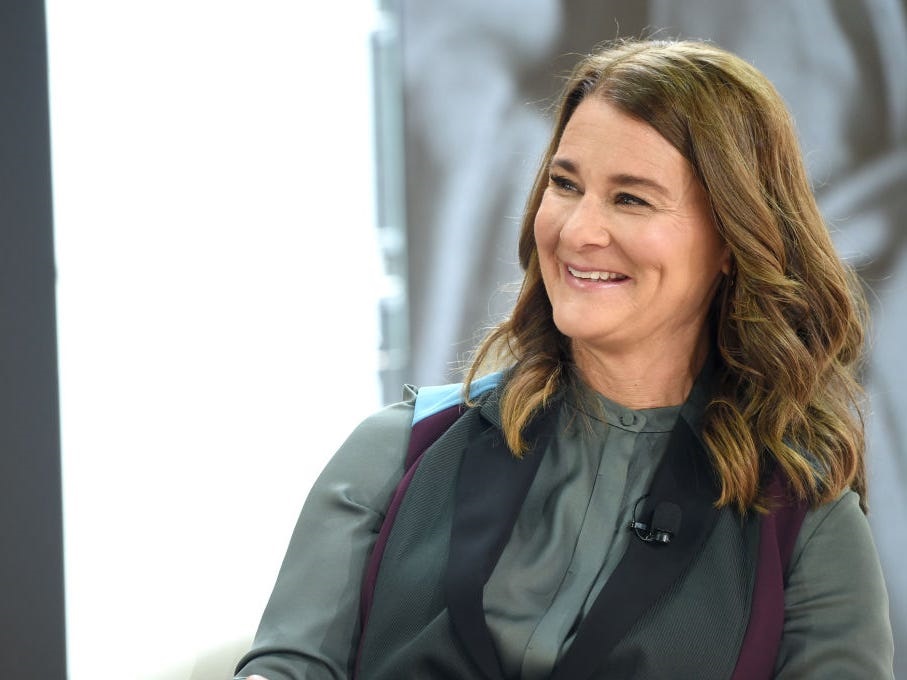 "It's not fair that we have so much wealth when billions of others have so little," Melinda wrote, in one of the couples' annual letters. The couple married in 1994 in what was then Manele Bay Hotel in Hawaii. They tied the knot by the "par-3 12th hole" on the property's golf course, according to Forbes. The event reportedly cost $1 million.

To keep the wedding private, Bill booked all the rooms in the hotel, along with all of the helicopters on the island of Maui to "prevent unwanted visitors from flying over," Forbes reported.

Bill's parents gifted the newlyweds with a sculpture of two birds, sitting side-by-side and staring at the horizon. "It's still in front of our house," Melinda wrote in the couples' 2018 annual letter. "I think of it all the time, because fundamentally we’re looking in the same direction." The couple has raised two daughters and a son - and didn't let any of them own a cellphone until they were 14, according to The Mirror.

Bill told Rolling Stone the children were raised Catholic. "We've raised our kids in a religious way," he said. "They've gone to the Catholic church that Melinda goes to and I participate in." Bill and Melinda would read books from a range of genres to their kids as they grew up, from "Guess How Much I Love You" to "Fahrenheit 451."

Gates has said his wife is a driving force when it comes to bringing the family together. "Melinda is very creative about helping me find chances to spend time with the kids," Gates wrote in a 2017 Reddit AMA. "Even just driving them to school is a great time to talk to them." Each of the Gates' kids will inherit about $10 million (R144 million) of their parents' $98.1 billion fortune, while much of the rest will go to charitable causes. "We want to strike a balance where they have the freedom to do anything but not a lot of money showered on them so they could go out and do nothing," Bill told TED.

The Gates also support their kids in other ways. The couple spent $37 million (R534 million) purchasing a string of Wellington, Florida properties in 2016. The reason? Their daughter Jennifer is a nationally ranked show jumper, and the Florida town is the equestrian capital of the US. Melinda has said her relationship with her husband has changed over time. "We've had to change to really be coequals," she said. "It's not something that immediately happens overnight, but we're both committed to it." Melinda said the couple still did the dishes together every night to keep the partnership equal. According to Melinda, Bill was used to being in charge from his Microsoft days when they first started the foundation. Melinda and Bill Gates.
The Bill and Melinda Gates Foundation/YouTube

But these days, Bill and Melinda work as partners at the foundation. They both received Presidential Medals of Freedom in 2016 from President Barack Obama for their efforts.

They work to make sure their schedules are synchronised, complimentary, and balanced. "Melinda and I look over our schedules a lot to make sure we are balancing things well," Gates wrote in a 2018 Reddit AMA. In response to a question about how the couple handles arguments, Melinda jokingly wrote "we never disagree" in the Gates' 2018 annual letter. "Our occasional disagreements these days are over tactics. Because I've been a public figure longer, and because I’m a man, some people assume I am making the big decisions. That's never been the case," Bill wrote in the Gates Foundation's annual letter for 2018. Melinda added that the couple avoids serious disagreements by sharing fundamental values, trust, and a sense of open-mindedness. Warren Buffett, who is close with the couple, told Fortune that Bill was "smart as hell, obviously," but that "in terms of seeing the whole picture," Melinda was smarter. In a Reddit AMA, Gates disclosed that his wife and Buffett were his two favorite celebrities... When it comes to their working partnership, Bill wrote that the perception that Melinda is "the heart" of the organisation is a bit of a stereotype, in the 2018 annual letter.

"Melinda and I believe that everyone deserves the chance for a healthy and productive life - and so with the help of our amazing partners, we are working to find innovative ways to help people in need all over the world," Bill wrote during one of his Reddit AMAs. Bill announced on May 3 the couple made the decision to end their marriage. "After a great deal of thought and a lot of work on our relationship, we have made the decision to end our marriage," Bill Gates said in a tweet. "Over the last 27 years, we have raised three incredible children and built a foundation that works all over the world to enable all people to lead healthy, productive lives."