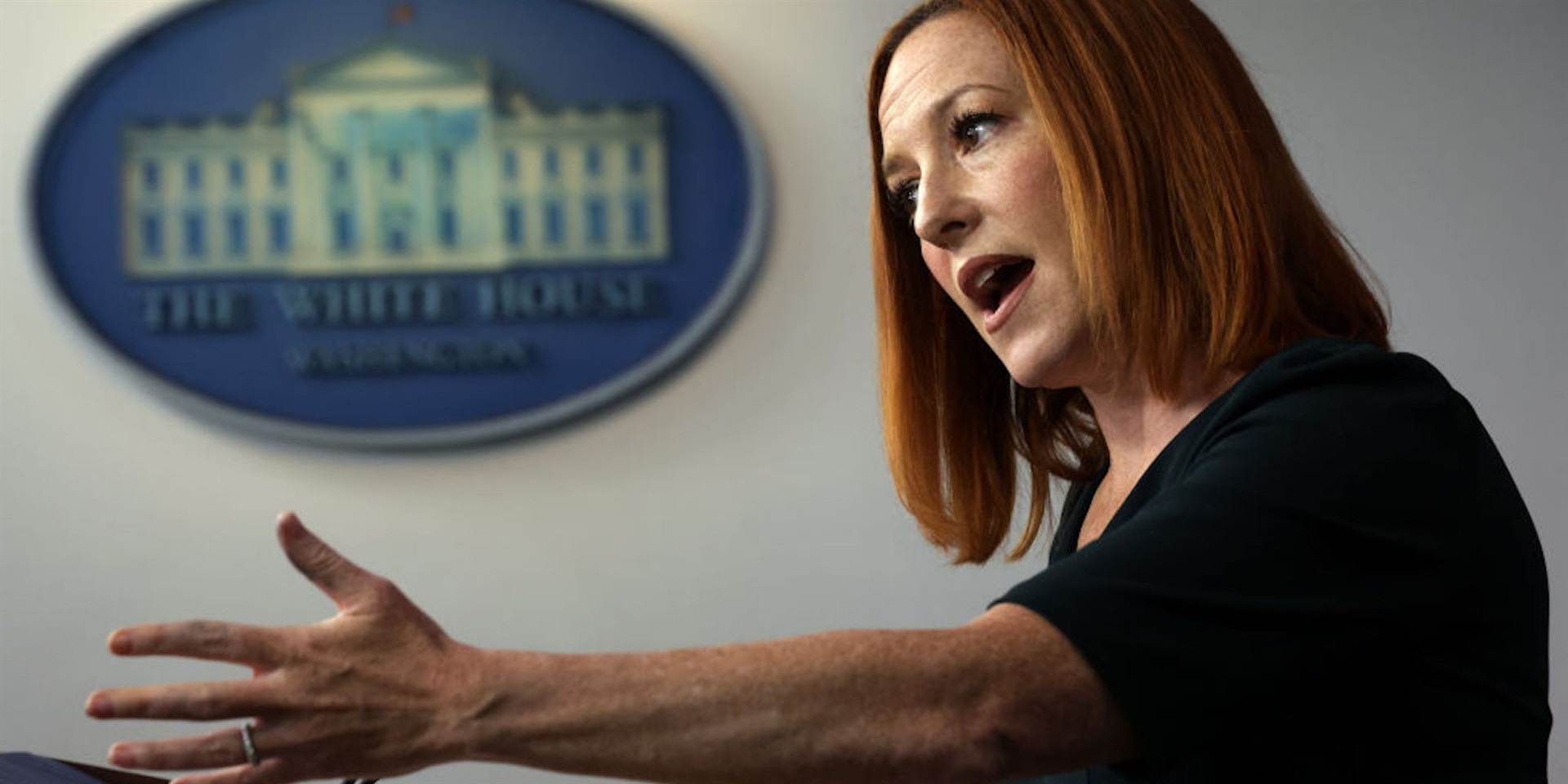 The Biden administration has confronted Fox News over the bid by some of its top-rated hosts to erode trust in the safety and effectiveness of Covid-19 vaccines.

White House Press secretary Jen Psaki at a press briefing on Tuesday confirmed that officials had held talks with the right-wing Fox News network and other media outlets about their coverage of the vaccine rollout strategy.

"We've been in touch with every network and many, many media outlets about coverage of Covid-19 to make sure people have accurate information, to voice concerns when we have them," Psaki said.

And addressing Fox News specifically, Psaki emphasized "the importance of reaching Fox News' audience about the Covid-19 vaccines and their benefits, and like we are with all of you here today we, of course, are in regular contact."

Psaki's statement came after CNN reported that the discussions between White House officials and Fox News over its vaccination coverage had taken place regularly and at a "high level."

Both the White House and Fox News disputed that account, with Fox News in a statement telling CNN that it had a briefing with the White House in May on vaccination rates and "our DC bureau personnel are regularly in touch ... on a variety of issues."

Insider has contacted the White House and Fox News for further detail on the discussions, but as of early morning Wednesday is yet to receive a response from either.

Over the past week the Biden administration has stepped up its pushback against vaccine skeptics and anti-vaccine conspiracy theorists as vaccination rates lag and the highly contagious Delta variant spreads rapidly.

Last week President Joe Biden accused Facebook of "killing people" by hosting anti-vaccine propaganda on its platform, in comments he subsequently moderated. Anthony Fauci, the White House's chief medical officer, on Saturday said media networks which have pushed vaccine skeptical views have played a key role in discouraging many to get a shot.

Several surveys have found a clear partisan divide in willingness to get vaccinated, with the states where vaccination rates are lowest among the most conservative in the country.

Some of Fox News' top-rated hosts, including Tucker Carlson and Laura Ingraham, have for months been encouraging Americans to question the safety of vaccines, misrepresenting the views of public health officials and skewing data in their arguments.

Critics told Insider back in February the campaign was likely a bid to damage the Biden administration, and boost ratings by stirring paranoia about plots by liberal and scientific "elites."

In an abrupt shift in message on Monday, hosts including Sean Hannity and Steve Doocey urged viewers to get the vaccine. Senior Republicans including Senate Minority Leader Mitch McConnell also issued public statements Monday urging Americans to get vaccinated against Covid-19.