The 20 best 'Game of Thrones' episodes of all time

"Game of Thrones" has always been beloved by both viewers and critics, and it's won more than its fair share of awards. According to Entertainment Weekly, it even set a record in 2016 for winning the most Emmys of any primetime show with a whopping 38 statues.

But as good as the show is overall, critics do have their favourite seasons and episodes. In honour of the final season of "Game of Thrones, which started on Sunday night, "Rotten Tomatoes (RT) compiled a ranking of all 67 episodes in seasons one through seven.

It turns out Critics love this show so much that 22 of the episodes have a perfect 100% score. To break ties in the ranking, RT used the number of critics reviews. The number one episode, for example, has a whopping 63 perfect reviews.

20. The episode where Khal Drogo pours boiling gold over Viserys Targaryen's head was a hit. When it happens: season one, episode six, "A Golden Crown."

What happens: Viserys Targaryen has just told Drogo that if he doesn't give him a way to win over the kingdoms, he'll kill Daenerys' unborn child. Drogo agrees to give Viserys the crown he wants, only in the form of molten gold, killing him almost instantly.

Sample critic review : "If I haven't been clear, 'Game of Thrones' is easily the most exciting show on TV right now." - Blair Marnell, CraveOnline When it happens: season one, episode nine, "Baelor."

What happens: Ned is made to swear allegiance to Joffrey in front of the King's Landing citizens. He does so, but Joffrey rescinds his promise of forgiveness and orders Ned's beheading.

Sample critic review : "Wha- what? Did they just- Really?! Oh my- you gotta be fu- WHAT?! Yes. They did. They really did it. And it was tragic and horrific and possibly unprecedented for a first-year TV show." - James Hibberd, Entertainment Weekly When it happens: season one, episode four, "Cripples Bastards, and Broken Things."

What happens: Sam seems pretty unsuited for the physical/mental labours of being a Night's Watch member, and thus he's mocked by all of his peers. But this episode sets the stage for his deep friendship with Jon Snow, who is one of the only people nice to him.

Sample critic review : "This show is proving increasingly adept at marrying subtle character development with addictive wham-bam plotting which makes it near impossible to resist getting carried along for the ride." -Sarah Hughes, The Guardian

17. The episode referencing the "game" part of "Game of Thrones" ranked high among critics 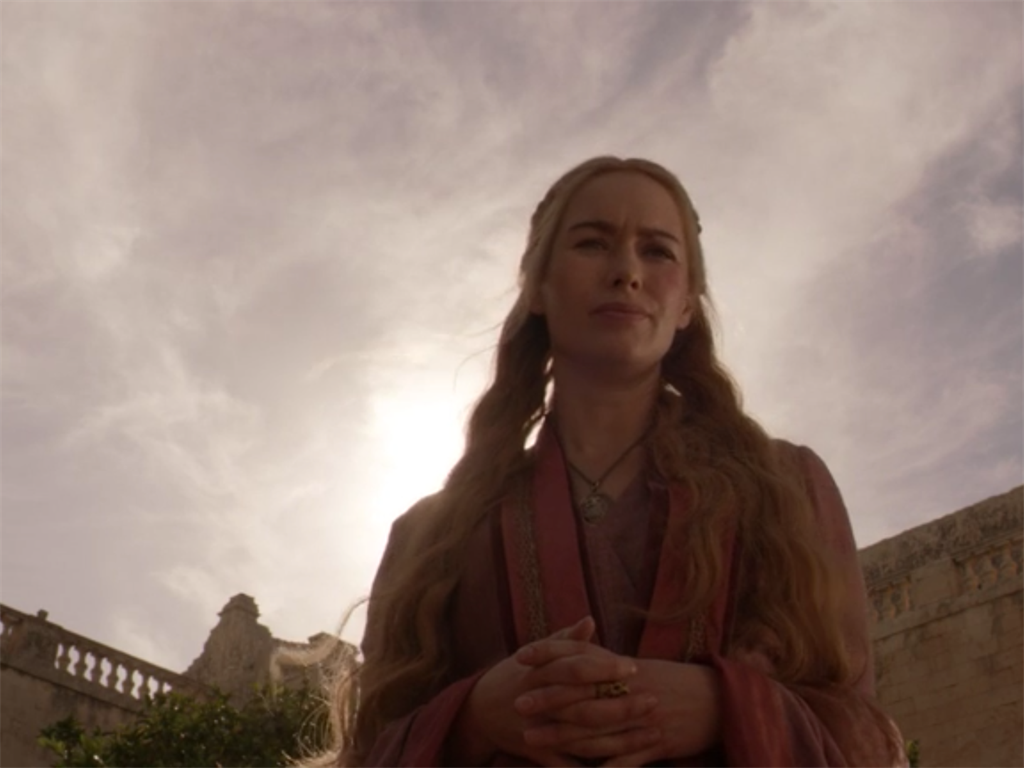 When it happens: season one, episode seven, "You Win Or You Die."

What happens: The title comes from Cersei's line, 'When you play the game of thrones, you win or you die. There is no middle ground.' The main plot of the episode follows King Robert's death, which fans later learn leads to Joffrey's reign of terror. It's also Charles Dance's first episode as the calculating Tywin Lannister.

Sample critic review : "Now that it's in motion, its momentum gets more undeniable week by week. And 'You Win or You Die' was the series' most thrilling and thematically rich hour to date." - James Poniewozik, Time magazine

16. The budding war between the Lannisters and the Starks begins in this lauded season one episode. When it happens: season one, episode eight, "The Pointy End."

What happens: In addition to tensions brewing between the Lannisters and the Starks to the point that they're sending armies after each other, this episode introduces the idea of wights - undead members of the Night King's army that will eventually become the largest threat in season eight. When it happens: season one, episode 10, "Fire and Blood."

What happens: The most notable part of this episode is when Daenerys' dragons are born, giving way to a thousand, "Where are my dragons" lines to come.

Sample critic review : "Dragons. It was the scene that fans of the books have been waiting for and it was awesome." - Tim Surette, TV.com

14. Theon Greyjoy's continued takeover of Winterfell ranked high, even though it's frustrating to watch him turn on the Starks. When it happens: season two, episode eight, "The Prince of Winterfell."

What happens: There's not a lot of action in this episode, but heaps of plot advancement as it builds towards the final two episodes of season two.

Sample critic review : "I thought this week's episode was great. I'm one of those people who enjoys the build up almost as much, if not more, than the big fight." - Daniel Harper, We Got This Covered

13. The season two premiere picked up right where it left off. When it happens: season two, episode one, "The North Remembers."

What happens: Cersei Lannister is determined to solidify Joffrey's illegitimate claim to the throne by having all of the former king's bastard children killed. Also in this episode, Joffrey continues to scale up his viciousness, and Tyrion becomes Hand of the King.

Sample critic review : "The episode excelled in underscoring Joffrey's cruelty (he does make a truly vile villain, doesn't he?) and Tyrion's humour and growth as a character." - Luke Broadwater, Baltimore Sun When it happens: season two, episode three, "What Is Dead May Never Die."

What happens: Nothing of major note happens in this episode, but it does introduce Brienne of Tarth and poses Margaery Tyrell as a benevolent royal foil to Cersei's power-mad aristocrat. It also pushes Theon further into the Greyjoy ranks as he refuses to tell his former Stark family that war is coming for them. It builds the drama and tension such that you can see it's all going to boil over soon.

Sample critic review : "It's unclear... but something big is on the 'Game of Thrones' horizon. We've met new characters, we've been taken to new places, we've received new insight into past favourites." - Matt Richenthal, TV Fanatic

11. "The Old Gods and the New" set the stage for several future betrayals. When it happens: season two, episode six, "The Old Gods and the New."

What happens: Robb Stark meets Talisa whom he will eventually marry, which will help set off the Red Wedding. Theon takes over Winterfell, but Robb is persuaded by ally Roose Bolton to let Ramsay Bolton deal with him, setting up Theon's capture and Sansa's eventual marriage to Ramsay.

Myrcella Lannister is ferried off to Dorne to marry into House Martell, which will eventually result in her death. And Jon Snow meets Ygritte, who will eventually become his partner on the show (and in real life.)

Sample critic review : "So, lots of plot development this week and it's all really meaty. I love the direction that the show is going in and we're really starting to feel the race for the Iron Throne take off." - Matt Joseph, We Got This Covered

10. The penultimate episode of season two delivered on the action front. 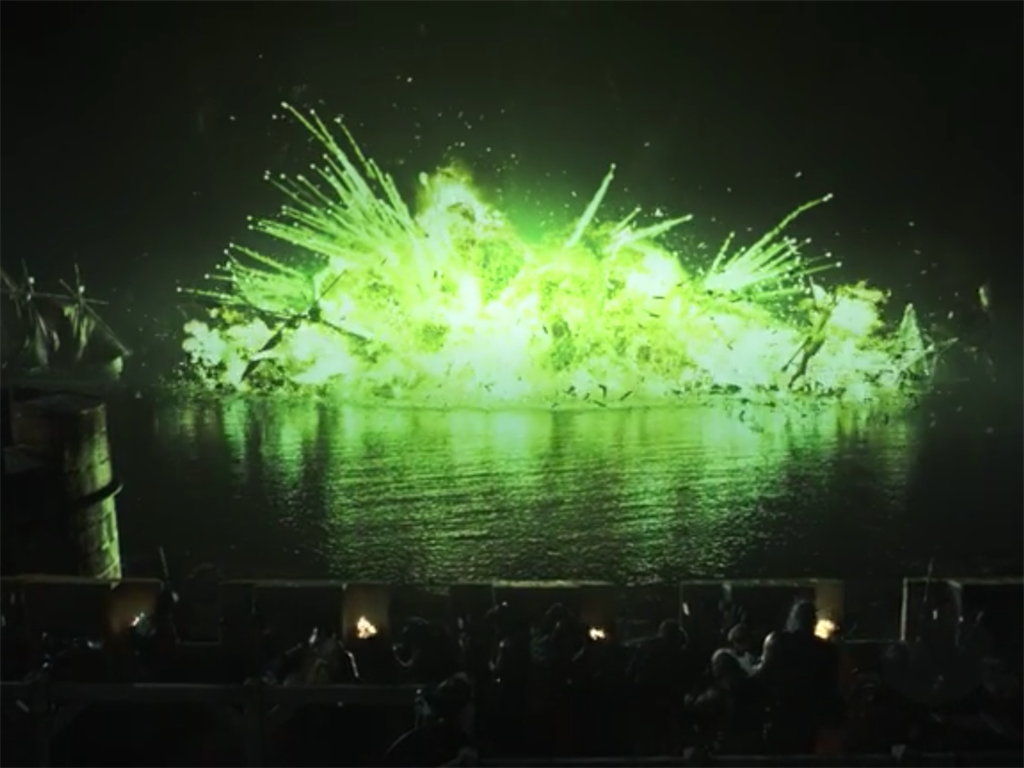 What happens: Stannis Baratheon's troops are defeated by the Lannisters, but not before a truly epic fight that included the use of green chemical wildfire to win. What happens: While a lot happens in the other characters' storylines, it's Daenerys' that stands out. She speaks to her recently liberated city of formerly enslaved people and encourages them to take their freedom back of their own free will, declining to be labeled as their liberator. They lift Daenerys up on their shoulders and chanty that she is their mother, and they are reborn as free people.

Sample critic review : "The season finale was about hope - hope in the form of Daenerys Targaryen, the last of her name, who has emerged as the show's conqueror and abolitionist." - Luke Broadwater, Baltimore Sun

8. Daenerys continued to stand out in season three thanks to her mission to free all the enslaved cities she comes across. "Game of Thrones" is a critical darling.
HBO

When it happens: season three, episode four, "And Now His Watch Has Ended."

What happens: In Westeros, Cersei fears that Margaery Tyrell could have Joffrey in her pocket, and Jaime loses his sword hand and is rendered unable to fight. For Daenerys' storyline, she uses her dragon to set a slave owner on fire and frees all the enslaved people he can find.

Sample critic review : "So let's all cheer for Dany, because if a character can keep this season of Game of Thrones afloat, it will be her." - Brian J. Roan, We Got This Covered

7. The episode where Jon Snow and Ygritte get together is ranked highly by critics. When it happens: season three, episode five, "Kissed By Fire."

What happens: This episode stands out for being when Jon Snow breaks his Night's Watch vows to consummate his relationship with Ygritte. They were a fan-favourite couple throughout the series so it's not surprising that this episode has such a high RT score.

Sample critic review : "Dare I say, 'Game Of Thrones' is getting very soapy indeed, and I like it." - David Sims, AV Club

6. The Red Wedding is unsurprisingly one of critics' favourites. When it happens: season three, episode nine, "The Rains of Castamere."

5. The Purple Wedding was more satisfying a watch than the Red Wedding. When it happens: season four, episode two, "The Lion and the Rose."

What happens: In this episode, Joffrey is poisoned to death, earning the fate fans had wanted for him since the beginning.

Sample critic review : "We lost one of the best villains on 'Game of Thrones' tonight. But what a way to go out." - Blair Marnell, CraveOnline

4. Jon Snow and Margaery won critics over in this season five episode. What happens: Tommen and Margaery marry, and she continues to stand up to Cersei. The road for Sansa's marriage to Ramsay is laid. Jon Snow beheads a betrayer in the Night's Watch - executing the man himself, unlike when Joffrey had someone else execute Ned.

Sample critic review : "From Jon Snow taking none of Janos' s--- to Margaery being the ultimate conniving bada--, this episode illustrates the different turns that our favourite characters are taking." - Yasmin Kleinbart, The Young Folks

3. Jon Snow's first glimpse of The Night King is memorable. What happens: The show's continued greatest villain is the White Walker leader The Night King. He can bring people back from the dead to join his army, and Jon Snow witnesses his power firsthand in this episode.

2. Lysa Arryn's death via being pushed through her own moon door struck a chord. What happens: Other notable adventures in this episode include Daario and Daenerys getting together, but it's Lysa's fall through the moon door after a push from her husband Petyr Baelish that is the most memorable.

Sample critic review : "This season has been marked by one shocker after another, and 'Mockingbird' was no exception." - David Wiegand, San Francisco Chronicle

1. Only one season six episode made the highest-ranked 20, but it took the top spot. When it happens: season six, episode four, "Book of the Stranger."

What happens: Sansa is reunited with Jon and finally out of Ramsay's hands. But the standout moment is when Daenerys escapes her would-be rapists by setting their temple (and all of them) on fire, emerging un-burnt herself.

Sample critic review : "Suddenly, women have agency and they're wielding their newfound power overtly. They're not just behind-the-scenes puppet masters, as they've been at times in past seasons. They're getting aggressive - seizing control and waging war." - Stephanie Merry Washington Post

Read the Rotten Tomatoes full ranking of all 67 episodes here.

Related Links
One of the most famous places in the world is a tiny desert town in Morocco where everything from...
37 important questions the final 'Game of Thrones' season needs to answer
This photographer matched up iconic 'Game of Thrones' scenes with their real-life locations — and...
Next on Business Insider
WATCH | Cape Town is trying to guard the sea from plastic with nets made by shark experts