Black Friday falls on 29 November, but by Monday many retailers were already selling stuff at discounts linked to the day, or were willing to tell us what they'll be selling.

TVs, cellphones, and other big-ticket electronics are commonly available at various levels of discount, and Christmas-ready toys (for both adults and children) were increasingly on offer from various stores.

But these were the five deals that caught our eye on Monday, mostly for the opportunity to stock up on such essentials as beer and lipstick – but also because a red kettle can be hard to find on Black Friday itself. 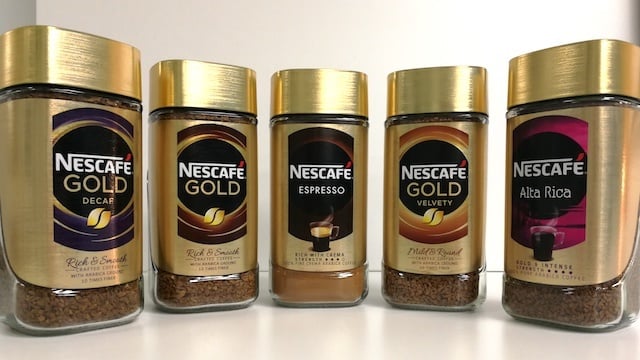 * Clarification: This is a Black Friday offer, available only between 29 November and 1 December. Pick n Pay was not offering this discount at the time of publication.

Pick n Pay has promised to sell assorted flavours of Nescafe's Gold instant coffee, in 200g jars, for R60 each, which is a saving of around 43% based on its numbers.

That's about the same price you'll pay for the less fancy Nescafe Classic version during more everyday discount events – and a genuinely good deal. The same coffee really does sell for a little over R100 normally, and you can easily pay R135 for a jar.

(Don't get confused by the fact that Nescafe Gold also comes in 100g jars, which works out to around R120 per 200g at everyday prices.)

Xbox One S 1TB console – with one controller – for R3,600 from CNA or Dion Wired Stationary chain CNA isn't usually the first stop for electronics, but right now it has a pretty good deal on an Xbox One, identical to an offer from Dion Wired – if you buy the right package and don't get distracted by not-quite-similar deals.

CNA, and Dion Wired, are separately offering an XBox One S 1TB, with a single wireless controller, for R3,599. At a cursory glance it is not all that great a deal, unless you know that those wireless controllers go for around R1,000, and you are effectively getting it for free.

That makes it a much better bundle than Takealot's offer – at the same price – for just the console, or the same special that HiFi Corp is also running.

Or, to put it a different way, you end up paying around R300 for that controller, if you base your calculation on Makro's console-only deal for R3,300.

If you want two wireless controllers, do not go for CNA's other Black Friday offer that bundles two instead of one; that will cost you R1,100 extra. You can buy it for R880 instead, if you don't find a better Black Friday or post-Christmas sale offer.

Pro tip: we'd bet CNA will be less likely to run out of stock than Dion Wired on the day.

Heineken 440ml cans at under R12 each from Makro Makro is selling 24x400ml cans of Heineken (or, if you prefer, two sets of 12 cans) for R279, which works out to about a 20% extra saving on what you could get during more standard sales; pretty deep for premium-brand beer, which is rarely discounted by any significant margin.

At R11.63 per can, that compares very well to what you'd normally pay for smaller volumes – or even the same bulk deal. Buying Heineken cans as a 6-pack from Checkers will set you back a little under R16 per can, and if you buy 24 cans from Pick n Pay you'll pay just under R15 per can.

Or, if you come it from another angle, you'll pay roughly the same for each can as you would on promotion for Heineken in a glass bottle – just with a third more beer for your buck thanks to the bigger size of the can. Smeg appliances typically feature heavily during Black Friday in South Africa, and this year online retailer Superbalist – which is better known for fashion, has some of Smeg's smaller high-end gear on sale at discounts running to about a third.

For the "Retro" 2-slice toaster from Smeg, Superbalist is charging R1,889, compared to the R3,000 you will pay on specialist kitchen shop Yuppiechef, and the slightly cheaper R2,800 at Woolworths right now.

Discounts on Smeg toasters and the like are not uncommon, but are often limited to less popular colours in the range such as pastel blue. Notably Superbalist is selling, and appears to have stock of, the sought-after red and black models of the toaster. Revlon's popular "24-hour" lipstick sells for around R215 per stick, no matter where you shop. But fashion retailer Zando has a range of 14 colours selling for R107 each,

Early on Monday afternoon all those colours were still available in stock – but the more popular cocoa, cappuccino, mocha, and toffee shades were threatening to run out well before Friday.

Related Links
This is where you’ll find the best sneaker deals this Black Friday
Black Friday 2019: here's how to get the most bang for your buck
Early Black Friday search trends suggest load shedding could drive big spending in South Africa...
Next on Business Insider
Kremlin official suggests Russia could one day try to reclaim Alaska from the US