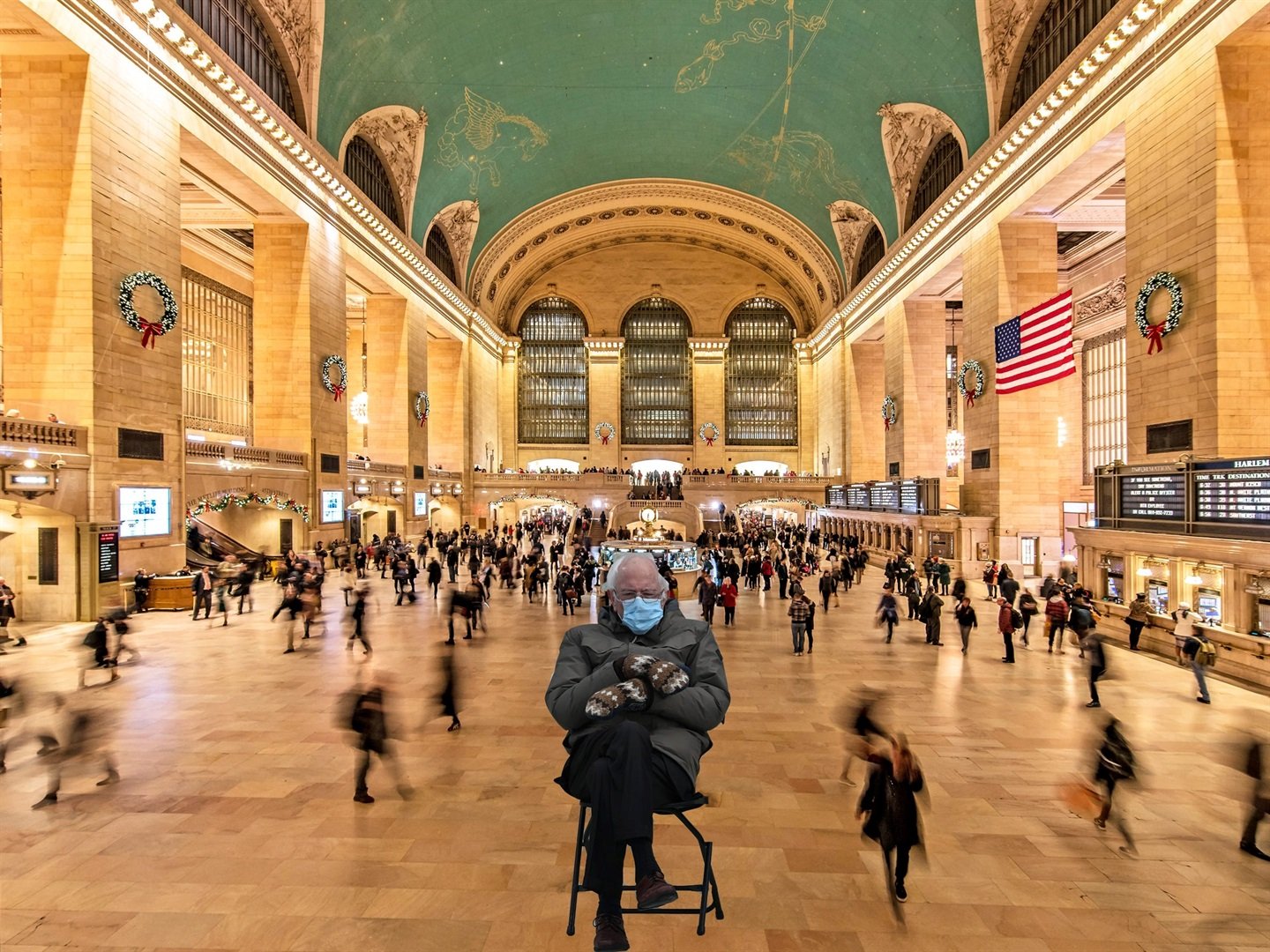 We made our own version of the Bernie Sanders meme.
Achim Thomae/Getty Images, BRENDAN SMIALOWSKI/AFP via Getty Images

A viral photo of Sen. Bernie Sanders has become the most magical meme of President Joe Biden's inauguration ceremony.

The image shows Sanders all bundled up looking cold and reserved - a typical New York City mood, especially in the winter.

People edited the photo into classic NYC scenes, and the results are hilarious.

Bernie Sander's inauguration photo is a classic NYC mood, and memes from the viral image prove it

An Instagram account run by Nicolas Heller posted three images of Sanders edited into New York City scenes. In the series, Sanders is seen sitting on a sidewalk, in a park, and on the subway. The caption credits another account, @naomiotsu, and reads "had to act fast on this one."

One Twitter user had the same thought when posting the trio of images.

The same Instagrammer posted another edit of Sanders on the subway later on.

Another Twitter user posted Sanders at a chess table in Washington Square Park.

Here is Sanders at another notable NYC park, Tompkins.

Read more: On a day filled with designer clothes, Bernie Sanders wore mittens made out of old sweaters - and people loved it

Another popular NYC Instagrammer posted images of Sanders sitting next to an NYC sidewalk vendor and in Union Square.

But the memes quickly moved beyond NYC and into other iconic images, like "The Situation Room," a photo from 2010 during the raid of Osama Bin Laden's compound, as Insider previously reported.

Some users combined memes by adding Sanders to viral photos of the past, like this photo that was popular in 2017.

One user tweeted a picture with Sanders as the fly on Mike Pence's head during the vice-presidential debate.

Related Links
US stocks close at record highs after Joe Biden becomes 46th President of the United States
The hidden meaning behind the yellow coat 22-year-old poet Amanda Gorman wore at Biden's...
Biden rejoins Paris climate accord and WHO on his first day, while revoking Trump's travel ban
Next on Business Insider
Russian soldier said his commander shot himself in leg so he could leave the war in Ukraine