Water sommeliers are still so niche SA has only one – but room for more, she thinks Most people drink water mindlessly, without taking note of its distinct taste. But a water sommelier such as Candice Jansen – the only certified one in South Africa and one of very few globally – is there to help with that.

Much like wine sommeliers who are experts of wines and pair them to different types of food, Jansen does with water.

Water sommeliers are gaining traction in more developed markets, with primarily fine dining restaurants and the hotel industry embracing the trend. Now, it has come to South Africa, and soon restaurant patrons in the country may have a broader range of water choices beyond the ordinary still or sparkling water.

To Jansen and many sommeliers in the water industry, water is not just water. People are just not paying enough attention to it, she says.

Jansen is on a quest to awaken people to the value of water and make them fall in love with it again.

“We don’t value water,” she said, speaking to the Business Insider South Africa.

The flavour of water is determined by its total dissolved solids (TDS) level, which comprises minerals like potassium, calcium, and magnesium.

“That level of minerality will affect the taste of water, so no two waters are the same,” she said.

“Water has terroir, much like a wine, and it tends to have very natural components to it, which are naturally crafted. The nuance of water will be determined by where it comes from. So if there’s a lot of limescale, a lot of dolomitic rocks, that affects the taste,” she said.

Generally, many waters are likely to have a ground taste. Those originating from volcanic origins tend to be naturally carbonated and have high sodium content that influences the taste.

One of the classic water pairings include a water called Vichy Catalan from Spain, which is high in sodium and is naturally carbonated and is normally paired with cocktails, she said. It is also used for making Vichy style carrots, which uses a French cooking technique where the carrots are cooked with the Vichy Catalan water, sugar and butter to create a sweet and savoury glaze.

Wines are always paired with still water and never sparkling water, she said.

“That’s because it would interfere. You always want to pair a water that would accentuate the wine and doesn’t disturb any of the taste profiles,” Jansen said.

So how does one become a water sommelier?

Jansen gained her certification through the Fine Waters Academy in the US, co-led by two of the world’s high-profile water sommeliers, Martin Riese and Michael Mascha.

The academy offers a series of courses, which you can also take online, and at the end of it, you gain membership in the Fine Waters Society.

Jansen completed her training in a year, and it set her back about R50,000.

There are various career options available to water sommeliers.

Depending on what you want to do, you can run water tastings at restaurants and for private events where you introduce people to different water tastes and characteristics as well as take them through detailed stories of different water origins. You can craft water menus and parings to different food.

You can also become a distributor, like Jansen, who sells fine water through her import company OriginFloe. It stocks a range of premium water from around the world, such as Three Bays, discovered in the Mornington Peninsula in Australia, and the Svalbarði iceberg water with a “slight bite and sweetness” from Norway.

And locally, one of the premium brands is Che Bello, sourced from Karkloof Valley in Kwa-Zulu Natal. 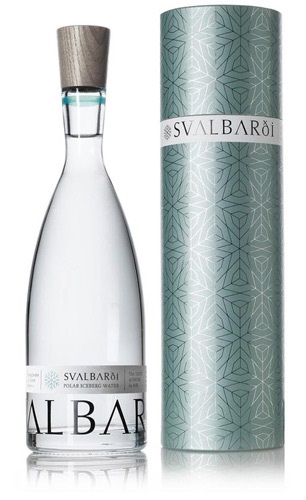 You also can run water services for restaurants where you train restaurants how to serve water.

“Water, for example, is never served in a tumbler, it’s always in a water glass, but not everyone has a water glass. But a white wine glass is perfect,” Jansen said.

“We never throw ice from a different source into the same glass. In fact, water at room temperature, you’re able to perceive the nuances a lot better than if it were chilled. If you throw cold water down your throat, you’re most likely not to taste those flavour profiles,” she said.

Lemon in water is also a nemesis of water as it ruins the flavours completely.

Related Links
The next big trend in wine is popping up in restaurants all over the world even though it 'smells...
Coconut water isn't as good for you as you think. Here's what you should know.
Bottled water from major brands like Aquafina, Nestle, and Dasani contains tiny plastic particles...
Next on Business Insider
Inside Nike's high-profile gender discrimination lawsuit, where plaintiffs claim unequal pay and more