Millennials are building multimillion-dollar beauty empires on their massive Instagram and Snapchat followings, and it's disrupting a centuries-old industry Social media has minted a new type of money maker: the "selfie-made billionaire".

While Jenner may be one of the more extreme examples, she isn't an anomaly - a long history of women have accrued wealth by building beauty empires. The first female self-made millionaire, Madam CJ Walker, built her fortune off a line of hair care products she developed in 1905, according to Isis Madrid of Broadly. Beauty mavens Estée Lauder and Bobbi Brown started their brands decades before the millennium.

In 2018, Jenner was a newcomer to Forbes' richest self-made women list, along with Forbes' other "Instagram-savvy makeup moguls" - Anastasia Soare, Huda Kattan, and Kim Kardashian West, who all also have their own beauty lines.

While these women aren't the first of their kind to build wealth by tapping into the beauty industry, they are part of a growing number of women who have successfully done so by leveraging social media. What's changed isn't the idea of starting a cosmetics line, but how millennials are disrupting the process in today's technological age while propelling fast company growth and amassing personal fortune.

"Getting a brand known has from the beginning involved word-of-mouth and getting attention from an influential journalist," Geoffrey Jones, a professor at Harvard Business School and author of the book "Beauty Imagined," told Business Insider. Consider Estée Lauder: "She gave away 80 of her lipsticks as table gifts for a charity luncheon in the Waldorf-Astoria," Jones said. "The rich guests then walked over to the nearby Saks Fifth Avenue to ask for it."

In 1947, Lauder received her first major order for $800 (R11,00) worth of products from Saks. She grew her business with traditional print advertising and word-of-mouth campaigns, believing that women who liked her products would spread the word. In 2018, the company reported $13.68 billion (R191 billion) in net sales and Bloomberg estimated the Lauder family to be worth R339 billion. Being bought by a big firm is a sign of success, Jones said. Bobbi Brown, who told Inc. she began the line with $10,000 (R139,000), also favored a word-of-mouth strategy. By talking to strangers and friends, she found a business partner, landed a mention in Glamour magazine, conducted market research, connected with a Bergdorf Goodman cosmetics buyer, and secured regular appearances on The Today Show, according to Clifford.

But that was before the disintegration of traditional distribution channels, which Jones said has happened over the past decade. Anastasia Soare was one of the first beauty mavens to create a successful social strategy.
Rosdiana Ciaravolo/Getty Images

Look no further than Soare's Anastasia of Beverly Hills line to see this shift in action. According to Forbes, it's one of the first beauty companies to use a successful social media strategy - but Soare didn't begin that way.

The aesthetician first became a celebrity favorite in the early 1990s for perfecting the eyebrow. In 2000, she took the traditional route, launching her first line of products in 20 Nordstrom stores, reported Forbes. But it didn't really take off until Soare took to Instagram in 2013 with a viral social media campaign, which helped land her products in Sephora.

Today, the company's Instagram has 19 million-plus followers, and the company has a Forbes estimated value of $1.5 billion (R20 billion). Soare herself is worth an estimated $1 billion(R13 billion), making her one of the world's richest self-made women.

As Soare's success indicates, "Social media has become the new door-to-door," Jensen said, adding it "allows consumers to research, investigate, and gather information on everything from ingredients to brand values to see if they align to their own. The brands that use social media well are leveraging it to build a two way street of communication with their followers and because of that, they get buy-in to the brand."

Consider Weiss, who realized that social media was "transforming the way beauty products were talked about and bought," and intended to disrupt the industry, wrote Amy Larocca of The Cut, hailing her as the millennial Estée Lauder.

"There are a handful of beauty conglomerates, and it's difficult for them to innovate," Weiss, who uses social media as market research, previously told Business Insider. "Beauty has really gone online, because that's where the customer is."

In 2010, she launched the blog Into the Gloss. It soon became popular among beauty mavens, amassing 10 million page views per month, according to Alyssa Goacobbe of Entrepreneur - a solid platform on which to launch the first four Glossier products in 2014. 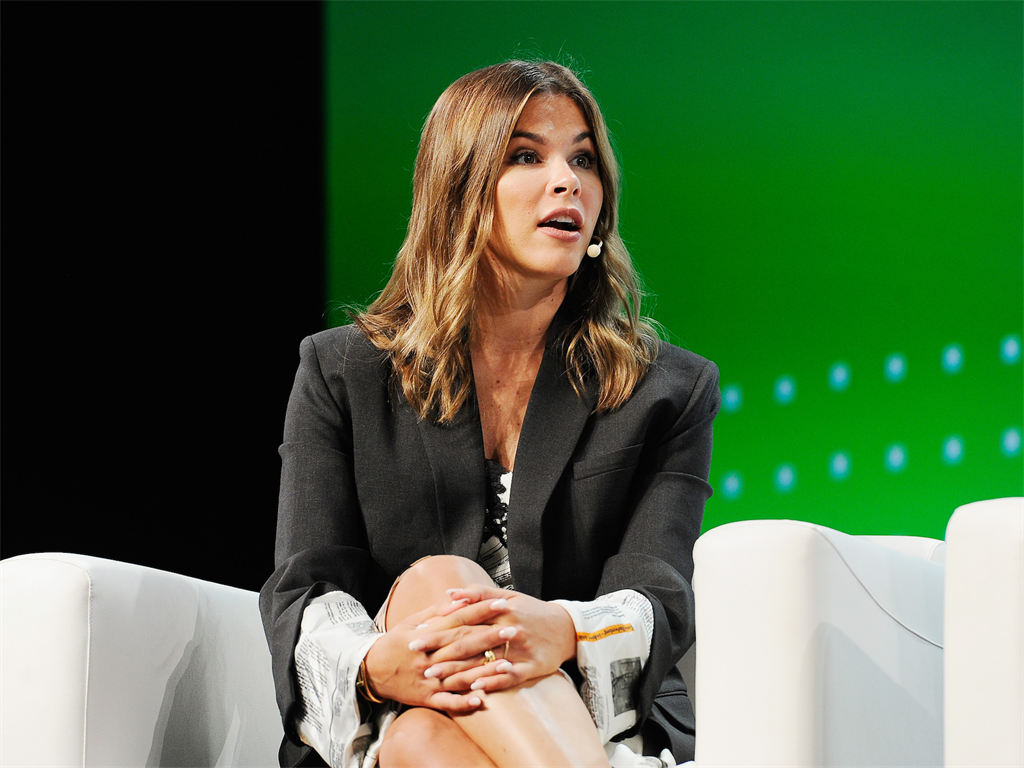 Instead of aiming at wholesale, Weiss intended to crowdsource - through social-media platforms, affiliate sponsorships and links, and gossip, wrote Larocca. As Gaby Del Valle of Vox puts it, Glossier's success lies in treating its customers like influencers.

To market a new blush, Cloud Paint, Weiss hired makeup artists to use it on Oscar-attending celebrities and post the results on social media, Giacobbe wrote - regrams resulted in 1,700 user-generated images in one week; by one month, Instagram had 6,368 Cloud Paint images.

In a recent podcast interview, Weiss said that Instagram "has been an incredible tool to show a lot of user-generated content."

While Weiss' net worth is unknown, the $1.2 billion (R16 billion) value of Glossier says enough.

A strong social media presence is so directly tied to revenue that it can lay the whole foundation for a beauty empire's success - those with stardom and a following already have a fanbase with built-in customers, and nowhere is that more visible than in Kylie Jenner's and Rihanna's respective beauty empires.

"It's the power of social media," Jenner told Robhemed. "I had such a strong reach before I was able to start anything."

Jenner launched Kylie Cosmetics to 50 million Instagram followers on her personal account, reported Sarah Grossbart for E! News. Nearly four years later, that number has more than doubled. "With more than 100 million Instagram devotees, she need only post a selfie touting her shade of the day and her young followers clamor to add it to their carts," Grossbart wrote. 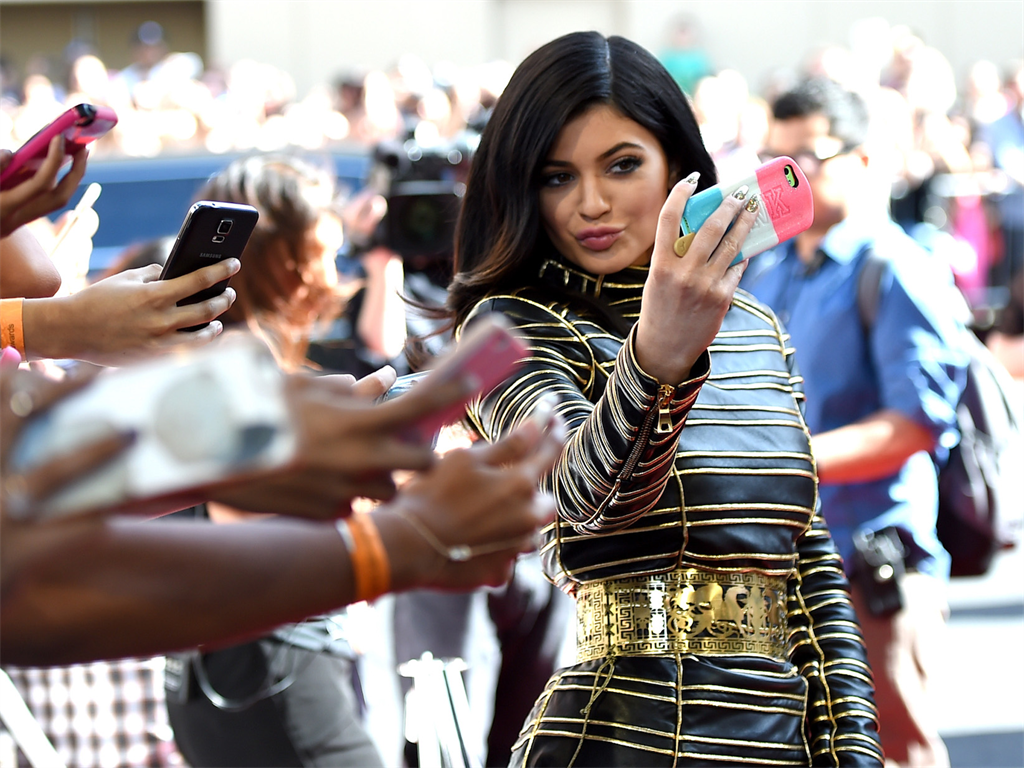 "I don't pay for advertisements," Jenner told Fast Company. "I don't do commercials. Social media is the only way I push it: Snapchat, Instagram."

She didn't sign her first distribution deal until three years later, with Ulta, which she pushed with her "usual social media," Jenner told Robhemed - it sold an estimated $54 million (R754 million) worth of products in the first six weeks.

Similarly, Rihanna, who has an estimated $260 million net worth (R3 billion) and nearly 69 million Instagram followers, launched Fenty Beauty at New York Fashion Week in 2017 - and she first alluded to with an Instagram teaser. In just one month, it made $72 million (R1 billion) in earned media value (the potential value it would have earned if paid for all exposure on social media platforms), outpacing Kylie Cosmetics according to a Tribe Dynamics' Cosmetics report released by WWD. Rihanna's Fenty Beauty made $566 million in its first year — more than what Estée Lauder made in ten years.
Caroline McCredie/Getty Images

About 132 million people watched Fenty beauty tutorials in the first month of its launch, reported Janice Williams of Newsweek. Within its first 40 days, Fenty brought in $100 million (R1.3 billion) in sales, according to Vogue.

"Fenty Beauty's social media game has had a clear impact on its success," Williams wrote. "While Rihanna's social media handle flooded Twitter, Instagram, Snapchat, and YouTube with photos, videos and tutorials, millions of people used their own social media accounts to show off their products and offer testimonials."

In its first year alone, Fenty made $566 million (R7 billion), reported the Business of Fashion, citing an LVMH report - it took Estée Lauder 10 years to earn $500 million (R6 billion), according to WWD.

Not every beauty influencer is a celebrity - some gained notoriety because of YouTube or Instagram, and successfully translated their social media personalities into massive beauty brands and multimillion-dollar net worths.

Huda Kattan, called one of the most influential beauty bloggers in the world by The New York Times, began sharing makeup tutorials, how-to videos, and tips on Instagram and YouTube in 2010. Her following grew so much that when she launched synthetic and faux mink lashes in 2013, they sold out on her first day. Today, she has over 577 million Instagram followers between her personal and private accounts and 3.1 million YouTube subscribers. 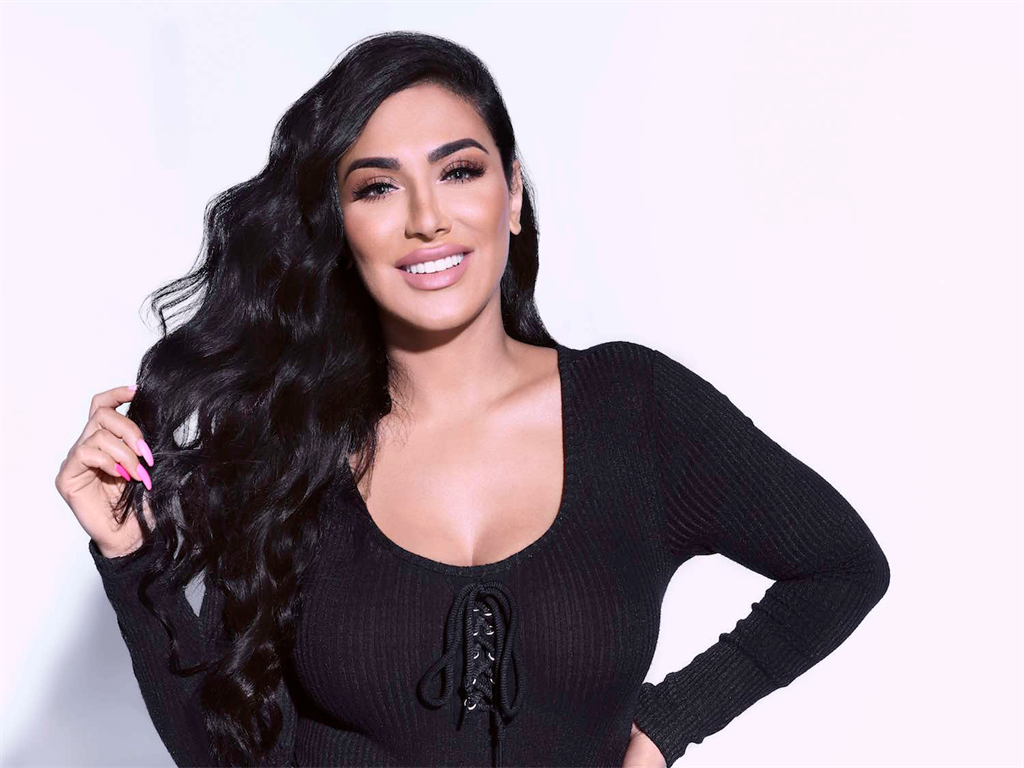 Huda Beauty is valued at $1 billion by Forbes. Its founder, Huda Kattan, is reportedly worth half that.
Courtesy of Huda Beauty

Kattan told CNN Instagram was the turning point. "It was the catalyst that changed everything," she said. "It changed the dynamics in which people not only communicate but are inspired as well."

Retail sales for Huda Beauty hit $1.5 million (R20 million) the first year - revenue for 2018 was expected to be $300 million (R4 billion), according to Forbes. Forbes valued her company at $1 billion (R13 billion) and Kattan herself worth $500 million (R6 billion), based largely on their "valuation of her stake in the company."

It's a similar success story for influencer Michelle Phan, who got her start sharing beauty tutorials and guides on YouTube - 40,000 people watched her first video the first week; the now defunct channel has nearly 9 million subscribers. Phan, reportedly worth $50 million (R698 million), parlayed that success into the cosmetics industry with makeup subscription company Ipsy in 2011, valued at $800 million (R11 billion) with more than 1.5 million subscribers just five years later, according to Yahoo. In 2013, she launched her own cosmetic line for L'Oreal called EM Cosmetics.

"Influence is the new power - if you have influence you can create a brand," Phan told Forbes.

It's easy to see why more influencers and celebrities are entering the beauty space - and the effect they're creating when they do. The beauty industry has grown exponentially over the last three decades, Jones said. As of 2010, the beauty industry had global sales of $330 billion (R4 trillion) worldwide, according to "Beauty Imagined."

Over 1,000 beauty brands have entered the prestige market since 2015 because it's lucrative, healthy, and profitable, Larissa Jensen, beauty analyst at The NPD Group, told Business Insider.

It's also easier than ever before to create and launch a brand, Jennifer Walsh, co-founder of retailer Beauty Bar, consultant, and brand marketer, told Business Insider. And the power of digital has made it even easier to reach consumers.

"For decades, we had to rely on print media and TV to introduce a brand or products," she said. "Now, we can have our own channel online. If you have a great product, beautiful packaging, and are good at storytelling, you can truly get your message/product out to others quickly."