Barbie's 60th anniversary marks the most diverse lineup of dolls in the brand's history.

The past few months have seen a few notable roll-outs from the brand aimed at inspiring young girls to embrace their own appearance after the company has faced years of criticism from feminist and other advocacy groups who objected to the doll's unrealistic body proportions and white skin that dominated the brand's inventory for decades.

In 1959, Barbie's creator Ruth Handler introduced the doll as a teenage fashion model in a striped bathing suit at the New York Toy Fair.

Since then, editions of Barbie have debuted following the doll's fictional life, marking world events, and honoring different professions.

But the brand's "Shero" campaign, which debuted in time for International Women's Day 2019, rolled out a line of look-alikes honoring several notable women who are dominating their industries, plastic blonde hair and painted-on blue eyes not included.

Among the recipients of look-alike editions of the doll are 21-year-old tennis champion Naomi Osaka, British supermodel Adwoa Aboah, and actress Yara Shahidi.

Osaka's star power exploded after she won a second grand slam title at the Australian Open earlier this year, making her the first Asian to hold the sport's highest world rank.

Honored to be selected as a Barbie Role Model to help inspire the next generation of girls ??â¤ï¸ @Barbie #Barbie60 #YouCanBeAnything #barbie pic.twitter.com/5LBZMsNXqJ

The dolls honoured their look-alikes down to sporting some of their most notable outfits: a sequin dress Aboah wore when she won Model of the Year at the 2017Fashion Awards, and Shahidi's "vote" t-shirt she appeared in around the 2018 midterm elections. 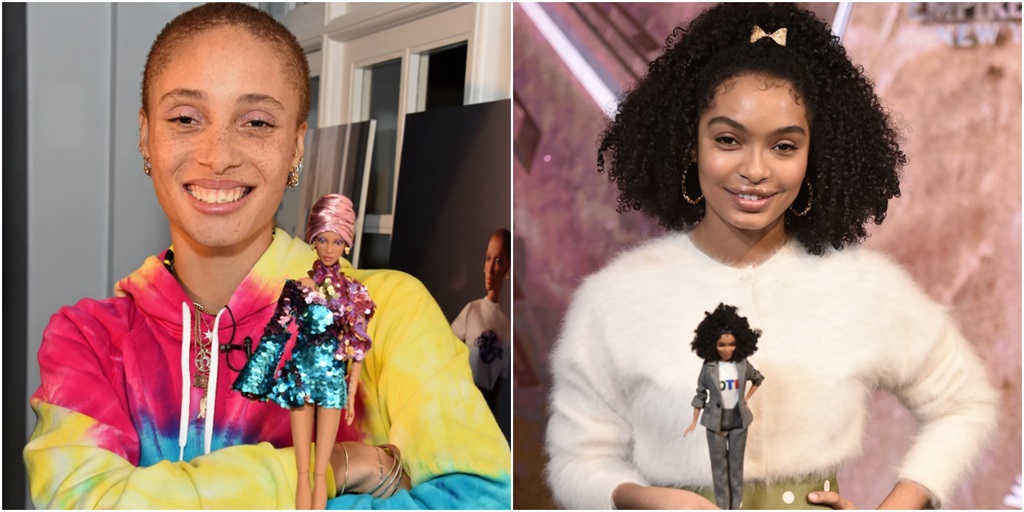 "All I hope is that some little girl out there sees this and realises that her wildest dreams are possible if she puts her mind to it," 26-year-old Aboah wrote on Instagram. "I hear you and see you, this doll is for you."

Those honored in the "Shero" campaign joined a growing roster of new additions, which include the Fashionista range that was announced in February to include dolls with varied body types, a prosthetic leg, and one in a wheelchair.

Kim Culmone, global head of design for Barbie, said the Fashionista line was to "better represent the people and the world kids see around them."

"As we design Barbie for the next generation, we are focused on evolving to remain the most diverse doll line in the marketplace," Culmone said. "Our commitment to diversity and inclusion is a critical component of our design process and we are proud that today's kids will know a different image and experience of the brand."