The James Sedgwick Distillery, situated on the banks of the Berg River at the foot of the Bainskloof Pass, has been producing whisky since 1886. It’s also received international acclaim, being voted as Sustainable Distillery of the Year in 2020, and Bain’s bagging the title of World’s Best Grain Whisky at the World Whisky Awards in 2013 and 2018.

Bain’s, first produced in 2009 by founder and master distiller Andy Watts, now has its sights set firmly on the international market.

The 21-year-old double cask whisky is the oldest Bain’s release to date. This 100% grain whisky spent an additional 10 years in older American oak casks before being transferred to seasoned Amontillado and Manzanilla sherry casks for the final years of maturation.

“Innovation is vital in our industry and although I have crafted many cask finishes, the combination of two different cask finishes is a first for me,” said Watts, who was recently inducted into the global Whisky Hall of Fame.

“I hope that Bain’s 21-year-old double cask brings as much enjoyment to our consumers as it has to me over the years since I first envisioned the project.” 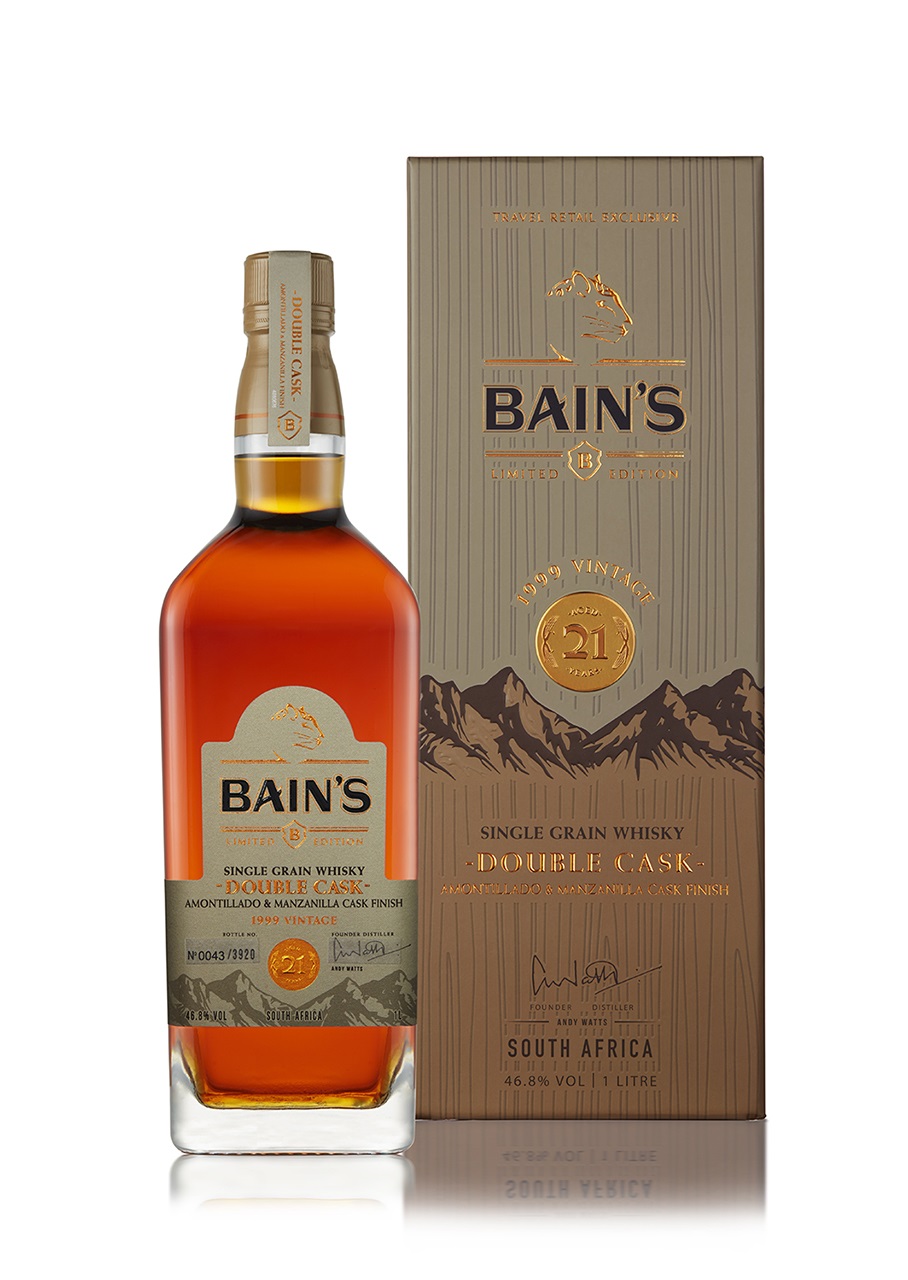 The double cask maturation produces a dark, rich amber coloured whisky, with complex layers of fruit and spice from the seasoned sherry casks blending with the sweeter notes of the single grain whisky.

The whisky is available in a 1L bottle, non-chill filtered and bottled at 46.8% ABV. It comes in a sleek branded box, which tells of the James Sedgwick Distillery’s sustainable practices and only 3,920 bottles have been produced in this limited edition run. A bottle will likely retail for around R3,000.

The whisky is being exclusively marketed to travel retail and can only be bought at off-duty shops, like those at international airports, border stores, and cruise terminals. A limited number of bottles will be available at the James Sedgwick Distillery.

“A flourishing cocktail culture and whisky’s aspirational image have helped recruit new consumers into the whisky category which in turn has inspired a wave of New World whiskies from emerging distillers,” said Luke Maga, the managing director of travel retail at Distell International.

“Exciting innovations from New World whisky producers such as Bain’s have driven growing interest in the category and we’re confident that Bain’s 21-year-old double cask will appeal to global travel retail consumers who are increasingly seeking innovation, exclusivity, and new flavours.”