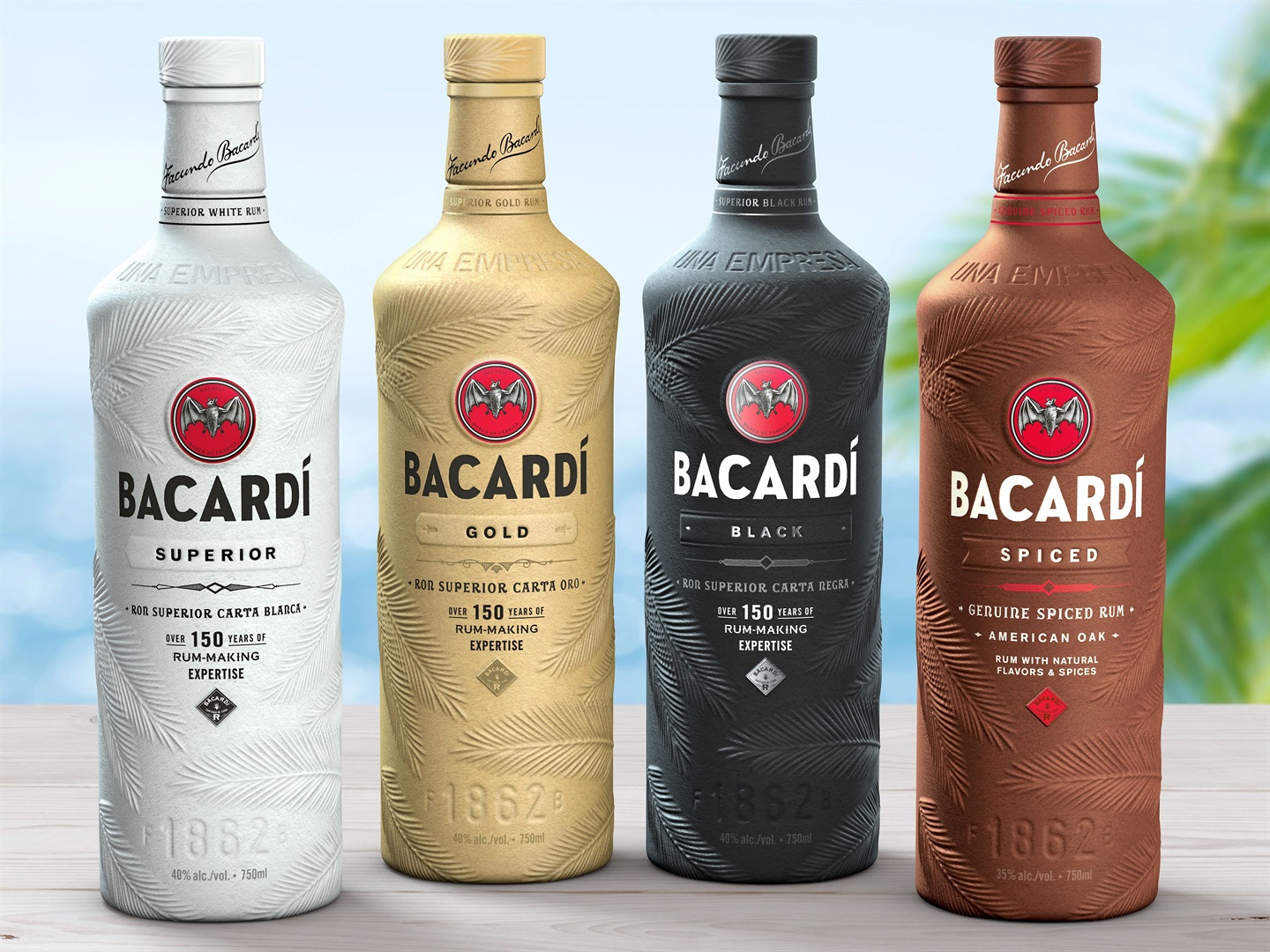 It will be the world's most sustainable spirits bottle, the company says, and will replace 80 million plastic bottles totaling 3,000 tons of plastic each year.

Alongside its rum, Bacardi will use the bottles for the 200 other brands and labels it owns, including Bombay Sapphire gin, Grey Goose vodka, and Martini vermouth. The bottles will hit shelves from 2023.

Regular plastic bottles take more than 400 years to decompose, but Bacardi's new bottles can biodegrade within 18 months – without leaving microplastics behind.

Bacardi will replace some of its petroleum-based bottles with ones made from Nodax PHA by biodegradable product manufacturer Danimer Scientific.

Nodax PHA is a biopolymer that derives from the natural oils of plant seeds such as palm, canola, and soy. It can biodegrade in a range of environments, including compost, soil, freshwater, and sea water.

The new bottles feed into the drinks company's goal of being fully plastic-free by 2030.

As well as the Nodax PHA bottles, Bacardi is developing a paper bottle alternative made from sustainably-sourced trees.

The first drinks to be sold in the new bottles will be from Bacardi's rum range, including its 750ml Superior and Gold products and its 1.75L pre-mixed cocktails, Rodolfo Nervi, Bacardi's vice president for sustainability, told Business Insider.

After this, Bacardi will replace the 50ml plastic bottles used across its company's brands, before eventually replacing all the plastic bottles with a combination of paper and biopolymer bottles.

Priority will also be given to replacing the plastic closure liners, the thin layers of plastic used to seal the top of drinks bottles, as well as condiments and toiletries. Bacardi already uses these across its portfolio for bottles with a screw cap or crown cap. According to Nervi they add up to more than 600 tons of plastic annually.

"It may sound small," said Jean-Marc Lambert, the company's senior vice president for global operations. "But add that up across every bottle produced globally and we're talking many tonnes of plastic every day. Once we've fixed the problem, we'll be open sourcing the solution for the entire industry to use. This isn't about competitive advantage, it's about doing the right thing for the planet.'