'Avengers: Endgame' may not have any end-credits scenes but it does tease 2 big hints for future Marvel movies — here they are "Avengers: Endgame" gives a few teases for what's to come next in the MCU.
Marvel

"Avengers: Endgame" doesn't have any end-credits scenes at the conclusion of its three-hour runtime. The culmination of 21 movies in the Marvel Cinematic Universe wraps itself up quite neatly.

However, two big scenes at the film's end do give us small teases of what we can expect moving forward on screen. And, if you're like us, we're sure you want to know what's in store for Phase 4 after July's "Spider-Man: Far From Home."

Keep reading for our discussion on two of the big reveals at the film's end and what they mean for the MCU moving forward. 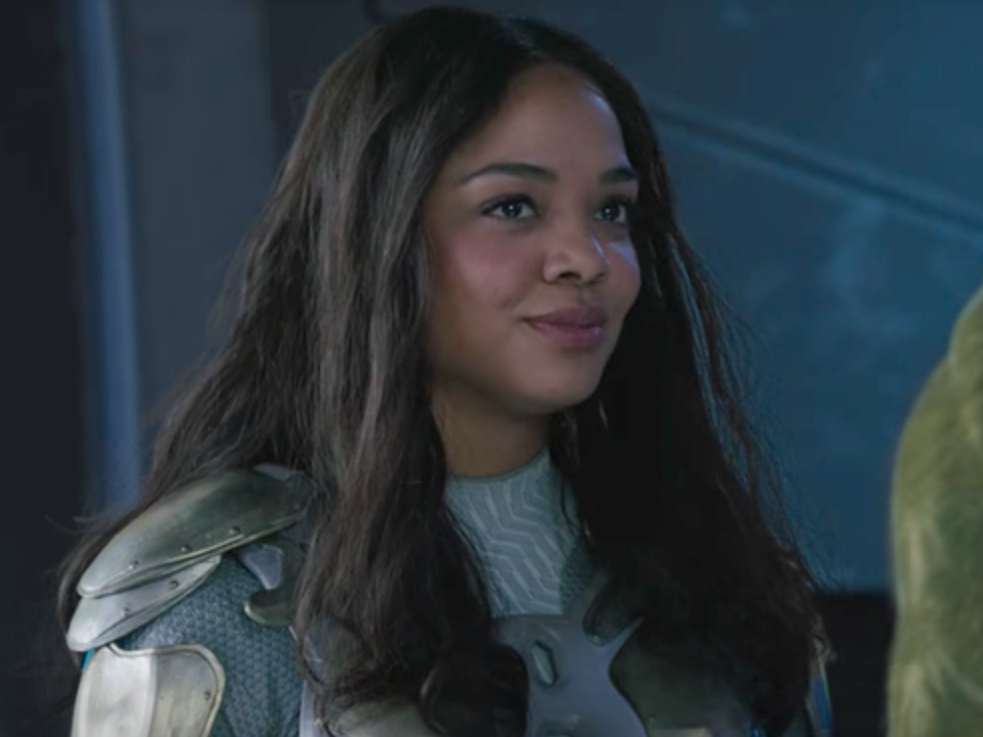 Valkyrie has a new important role by the end of "Endgame."
Marvel Studios

Thor tells Valkyrie he's leaving his people of New Asgard (on Earth), and leaving her as its king. Valkyrie's in disbelief, but Thor tells her she's a ruler and that's what she's meant to do. She accepts the responsibility gratefully and then asks Thor where he's going to go.

Essentially, Thor says he's going on a journey to find himself and who he's supposed to be instead of continuing to try to be something he's not. He then says he has a ride he has to catch.

Rocket Raccoon appears and tells Thor to get a move on it or he's leaving. Thor steps inside The Benatar where he's greeted by Groot, who he affectionately calls Tree. Peter Quill is staring at a screen that says it's searching for Gamora. It seems she's missing.

Thor then calls the group the Asgardians of the Galaxy. Quill reminds Thor that he's in charge of this group and the God of Thunder playfully says, "Of course, of course." Thor's stare lingers a little too long and he says, "Of course," one more time, making the audience think he may try and overtake Quill as the Guardians' leader.

What it means: The importance of revisiting events from 'Thor: The Dark World'

Rene Russo returns in "Endgame" to give her son some sage advice.
Marvel

Earlier in "Endgame," Rocket and Thor teamed up to travel to Asgard, when it still existed in 2013, to get one of the six Infinity stones.

No one really needed to go back to the events of "The Dark World" to retrieve the aether aka the reality stone. There were other points in time where Rocket and Thor could've gone to get the reality stone when it was in a more secure location. However, a very depressed and uncertain Thor has a much-needed heart-to-heart with his long-gone mother to help set him on the right course.

She tells him to go and be the man he's meant to be, not the man he thought he needed to live up to as the leader of Asgard. It's those words that help him decide to head off with the Guardians and leave his people in the capable hands of Valkyrie. You may not notice it the first time around, but as that scene ends, "Come and Get Your Love" from the first "Guardians of the Galaxy" movie starts playing. That may have been a subtle hint at his decision to go with the Guardians later.

OK, but is Thor a Guardian now? 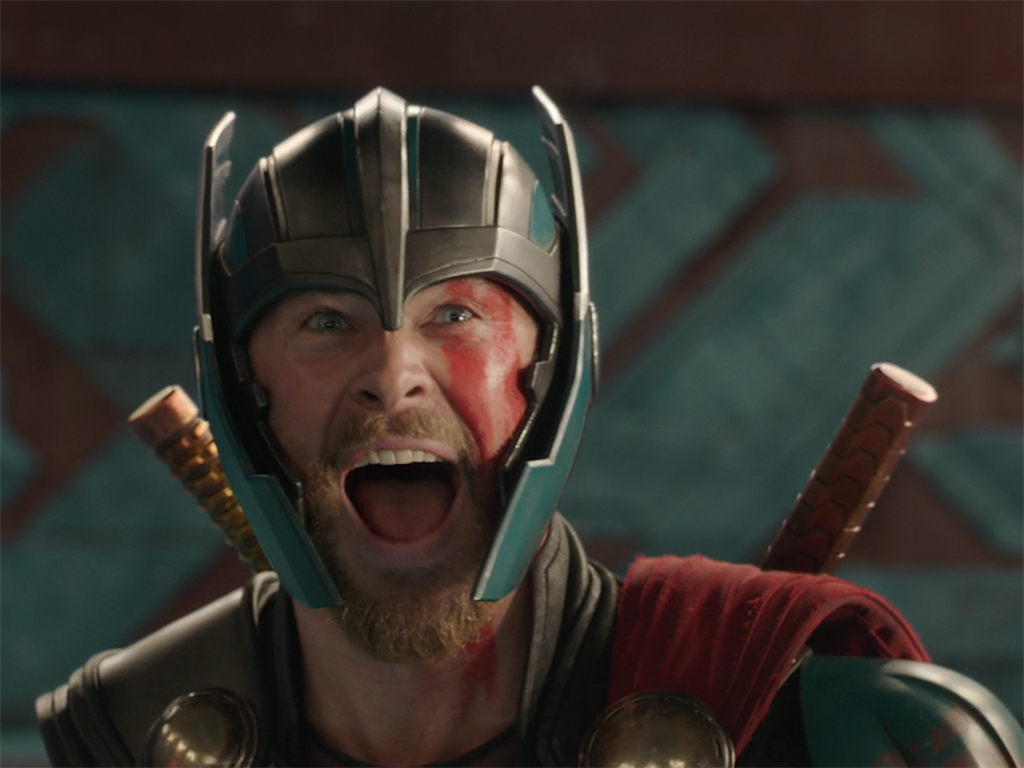 In the comics, Thor never joins the Guardians of the Galaxy, so this was a big surprise. But, honestly, it makes the most sense for Thor. He became rather close to Rocket Raccoon since "Infinity War." Thor affectionately refers to Rocket as "rabbit" and the two share a relationship that's sort of similar to the one he had with Yondu in "GotG Vol. 2" to some extent.

Thor is one of the few people Rocket really cares about and he was one of the few characters able to snap Thor out of his funk when he was having a panic attack earlier in "Endgame".

We don't know whether or not Thor will have another solo movie yet with director Taika Waititi. But it would certainly be awesome to see him going around in space with the Guardians, especially since "Thor: Ragnarok" looks and feels a lot like a "Guardians" movie.

What we know about 'Guardians of the Galaxy Vol. 3': not too much The Guardians lost Gamora, but maybe they gained Thor?
Disney/Marvel

James Gunn finished his script for "GotG Vol. 3" last June. He shared weekly updates on social media with fans on the writing process before finally sharing a photo of a script on June 25, 2018. Disney originally fired and then rehired him as director of the sequel.

He's listed as an executive producer on "Endgame," so he certainly knew about the events of the new film while working on the next "Guardians." "GotG Vol. 3" was originally supposed to debut next year. However, things were left uncertain when Disney abruptly fired him from the sequel in July 2018 after a series of old, controversial tweets resurfaced last summer. In response, the usually open Gunn went silent across every social platform. Warner Bros. quickly hired Gunn to direct and write one of its superhero movies, 2021's "The Suicide Squad." This was a no-brainer since both comic adaptations include rag-tag groups teaming together.

Disney rehired Gunn this March. Now, "Guardians of the Galaxy Vol. 3" won't start production until Gunn wraps up his WB film. One of the most interesting bits here is that when Gunn was out at Disney, some people were clamoring for the "Thor: Ragnarok" director to take over "Guardians 3." In February, Waititi said he wouldn't do it, referring to it as "James' film." It's either genius or a little bit of a troll to see Thor wind up with the Guardians regardless in some way.

And what about Gamora? Gamora is back! But it's not the same at all.
Disney/Marvel

This is the saddest repercussion of "Endgame." We have Gamora back (because of some quick explanation from Bruce Banner on how time apparently works), but she has no memory of any of the Guardians of the Galaxy, including Peter Quill. Watching Peter Quill lose Gamora all over again was one of the most emotional scenes of "Endgame."
Marvel

As a quick reminder, the Gamora we see at the end of "Endgame" is not the one we saw in "Infinity War." That one was killed. This Gamora time-traveled with her father, Thanos, from 2014 to the present (which is 2023 in "Endgame").

This Gamora was a trained assassin, serving her father, but secretly wanting to be free of him. Because of the moment in time that Nebula helped select, the Gamora we see never met Peter Quill, Drax, Rocket Raccoon, or Mantis. While the current roster of Guardians all retain their memories from the past, she doesn't know of them because she skipped nine years worth of time from 2014 to 2023.

So how does this play into 'Guardians 3'? The search for Gamora may be at its core We're happy to see Gamora back, but this isn't what we were expecting.
Marvel

Currently, it seems like the third outing for "Guardians" will be about trying to gain something back that the team lost. But can you gain back something that you technically never had to begin with from Gamora's point of view? The team may have to let the Gamora they know stay dead in 2018 with the events of "Infinity War" and try to accept that the one they've gained may not wind up on the same path as the one they knew. 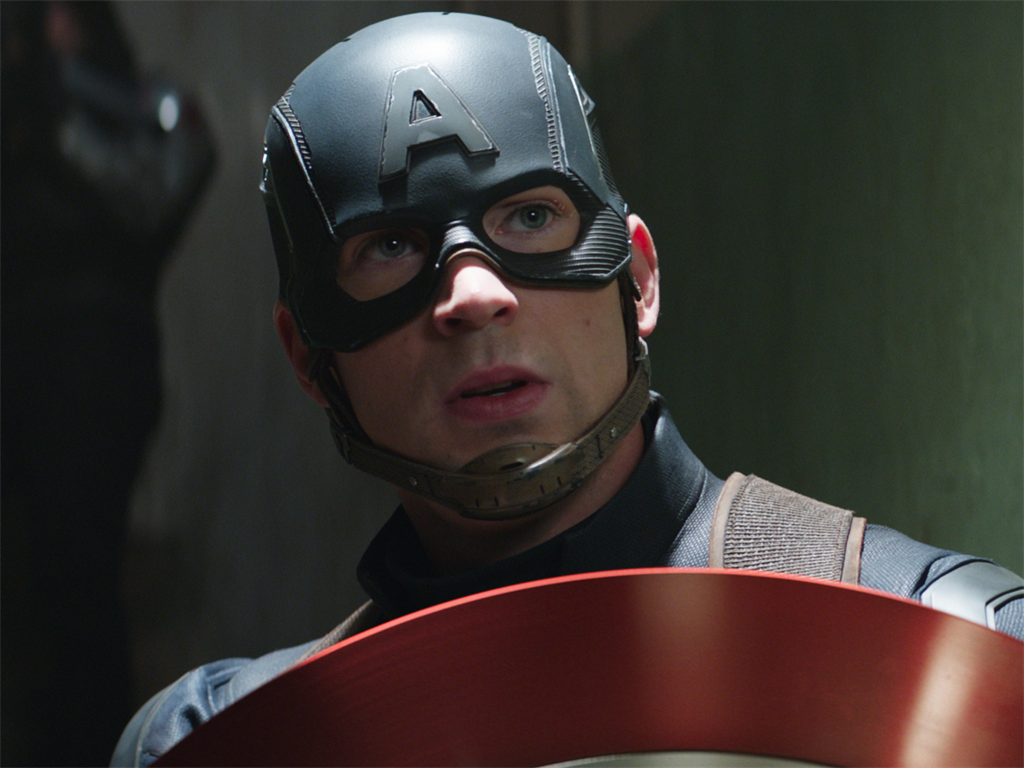 It's the end of the road for Captain America.
Marvel

I'm going to keep this as simple as possible without revealing too much. At the film's end, Captain America decides his time with the shield is over. Instead of letting it gain dust, he decides to pass it along to his good friend, Sam Wilson/The Falcon.

What it means: Say hello to your new Captain America Falcon takes Cap's shield at the film's end and it's a big nod to the comics.
Disney/Marvel Studios

This probably didn't come as too much of a shock to a lot of Marvel fans. Falcon took over the Captain America mantle in the comics in 2014.

"While Sam shares many of Steve's beliefs in a general sense, he's also a very different person with a very different background," editor Tom Brevoort said on Marvel.com at the time, according to CNN. "He didn't grow up in the 1930s, he's a modern-day man in touch with the problems of the 21st century. For most of his professional life, Sam has worked as a social worker, so he's seen the worst of urban society up close, and how crime, poverty, lack of social structure and opportunity can affect the community."

Some weren't sure whether or not Bucky Barnes, who has also took on the role of Captain America in the comics for a time, may get the shield from Cap.

Honestly, Tony Stark may not have been happy to know his father's shield was winding up in the hands of the man who murdered him while under mind control. (Long story.)

Is this really the end for Cap? Looks like it Did you think the shield was going to Bucky Barnes?
Marvel

Chris Evans said "Avengers: Endgame" would complete Captain America's story arc, he wasn't lying. Though we could see Cap appear as a mentor to his pal Sam here and there, Wilson seems very well-equipped to handle anything coming his way. We wouldn't mind seeing Wilson seek some advice from his old pal now and again, though.

Mostly this scene feels like a clear setup for Falcon's upcoming streaming show on Disney Plus, "Falcon and the Winter Soldier."

Both Anthony Mackie and Sebastian Stan will reprise their roles on the new show. According to Disney, "Falcon and the Winter Soldier" will be available in the first year of the streaming service's launch. Marvel Studios' president Kevin Feige said Barnes and Wilson will be forced to team up on the series. "Endgame" pretty much pairs the two together, but it sounds like some other event may have the two working side-by-side.

My only hope is that Marvel will take its its first black Captain America and make sure to give him a place in the future movies and not just stick him with a streaming show. We'll most likely have to wait for San Diego Comic-Con this summer or, more likely, Disney's bi-annual convention, D23 in August, to learn what's in store for the future lineup of Marvel movies.