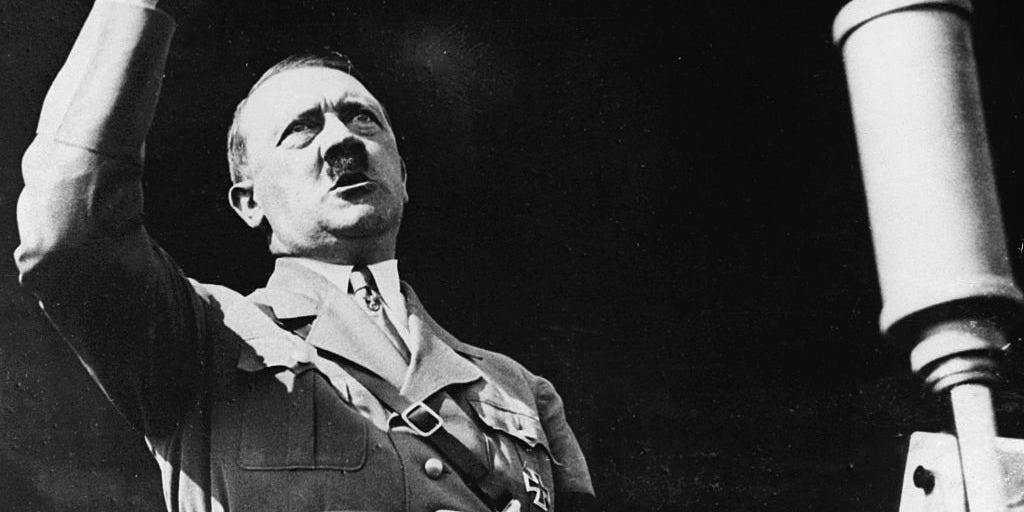 A plan to turn the yellow building where Adolf Hitler was born into a police station was unveiled on Tuesday, as Austria aims to stop neo-Nazis from pilgrimaging to the birthplace of the former German dictator.

Since the end of 2019, architecture firms have competed for the job of redesigning the three-story building based in downtown Braunau, near the Austrian-German border. On Tuesday, Marte. Marte Architects was announced as the winner out of 12 firms, according to the BBC.

"A new chapter will be opened for the future from the birth house of a dictator and mass murderer," Austrian Interior Minister Karl Nehammer told reporters.

The winning design will update the facade of the building and redo the roof. The plan is meant to cost about $5.6 million (R95 million) and will be completed by 2023. View of the street in Austria with the birth house of Adolf Hitler, taken in 1939.
Wolff & Tritschler/ullstein bild via Getty Images

"The neutralisation of this whole location was ultimately at the heart of this result," Austrian interior ministry official Hermann Feiner said.

Hitler was born in the building in 1889, but his family moved out several weeks later and then left the city when he was 3 years old.

Hilter showed no interest in the building for the remainder of his life. But it is one of many buildings throughout Germany and Austria that neo-Nazis have been interested in visiting. 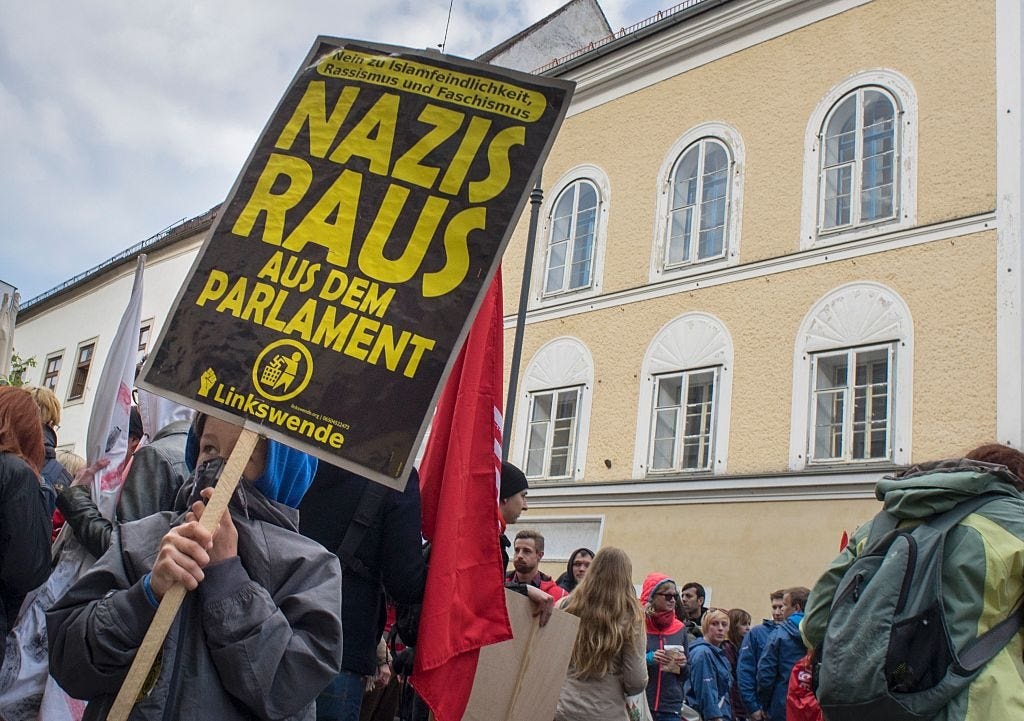 Protesters outside the house where Adolf Hitler was born during anti-Nazi protest in Braunau Am Inn, Austria, on April 18, 2015.
JOE KLAMAR/AFP via Getty Images

Deciding what to do with the structure has plagued the Austrian government for decades. Austria's Interior Ministry took over the lease in 1972, according to The New York Times, and rented it for about $5,300 (R90,000) a month. The government repeatedly tried to buy it since 1984, but the owner refused to sell.

The building has remained vacant since 2011, according to the Associated Press.

In 2016, the Documentation Centre of Austrian Resistance told the BBC an increasing number of people - tourists and Nazi sympathisers - were traveling to Hitler's first home.

In 2017, the Austrian government seized the property, and provided compensation to the owner.

After deciding against razing it, there was discussion of converting it into a supermarket or a museum. In the end, the government decided on a police station. A photo of a rendering of what the future police station will look like, taken on June 2.
Askin Kiyagan/Anadolu Agency/Getty

"The future use of the house by the police should send an unmistakable signal that the role of this building as a memorial to the Nazis been permanently revoked," Former Austrian Interior Minister Wolfgang Peschorn said in. statement in 2019.

An anti-fascist stone memorial outside the building does not mention Hitler. It says: "For peace, freedom, and democracy. Never again fascism. Millions of dead remind us."

The memorial will be moved to a museum in Vienna.