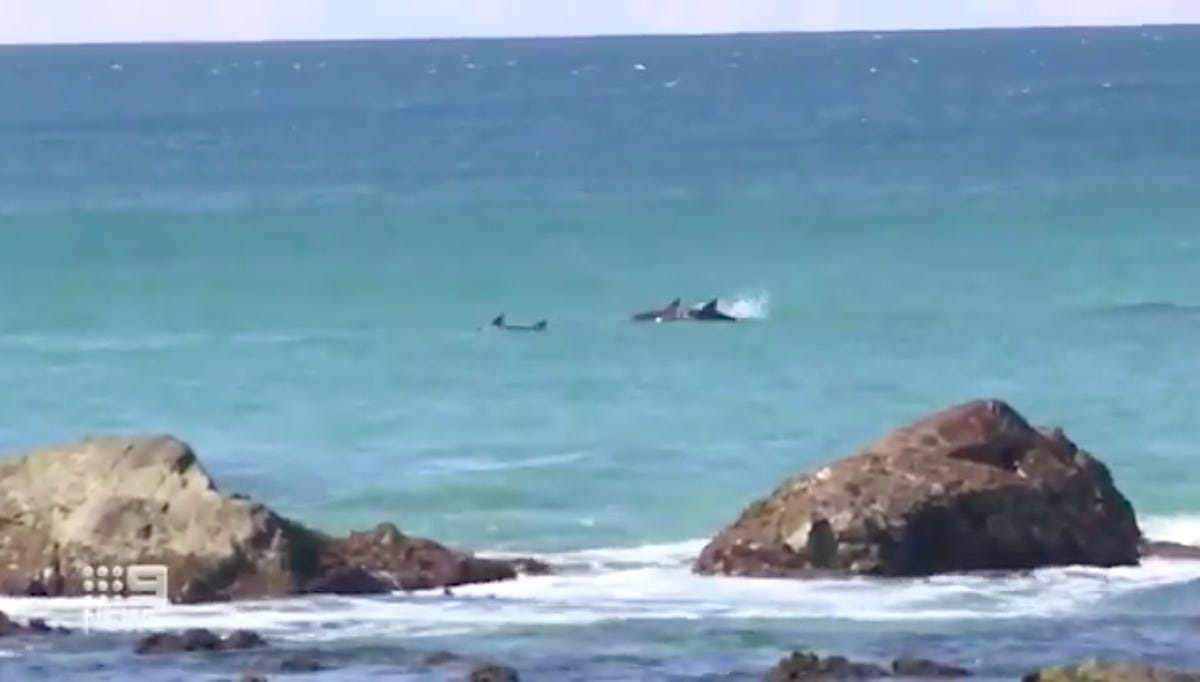 An Australian man managed to save his wife from a shark attack by jumping off his surfboard and punching the shark repeatedly until it went away, according to multiple reports.

The predator — which measured about two to three meters long — was biting Chantelle Doyle, 35, on her right leg, the BBC reported. Daily Mail Australia said that the shark attacked Doyle's right calf and back of her thigh.

At this moment, her husband — whom local media identified as Mark Rapley — leaped of his surfboard, jumped onto the shark's back, and punched it repeatedly until it let his wife go, The Sydney Morning Herald and Daily Mail Australia reported.

He then helped her ashore, at which point bystanders on the beach assisted with first aid before medics airlifted her to the hospital and required surgery, the BBC reported.

"This fella paddled over and jumped off his board onto the shark and hit it to get it to release her and then assisted her back into the beach," Surf Life Saving NSW chief executive Steven Pearce said, according to The Sydney Morning Herald.

It marked the third shark attack on New South Wales' northern coast, where Shelly Beach is located, in the past two months, Nine News Sydney reported. A 15-year-old boy died from a shark attack near Coffs Harbour, about 300 miles from Shelly Beach, in July.