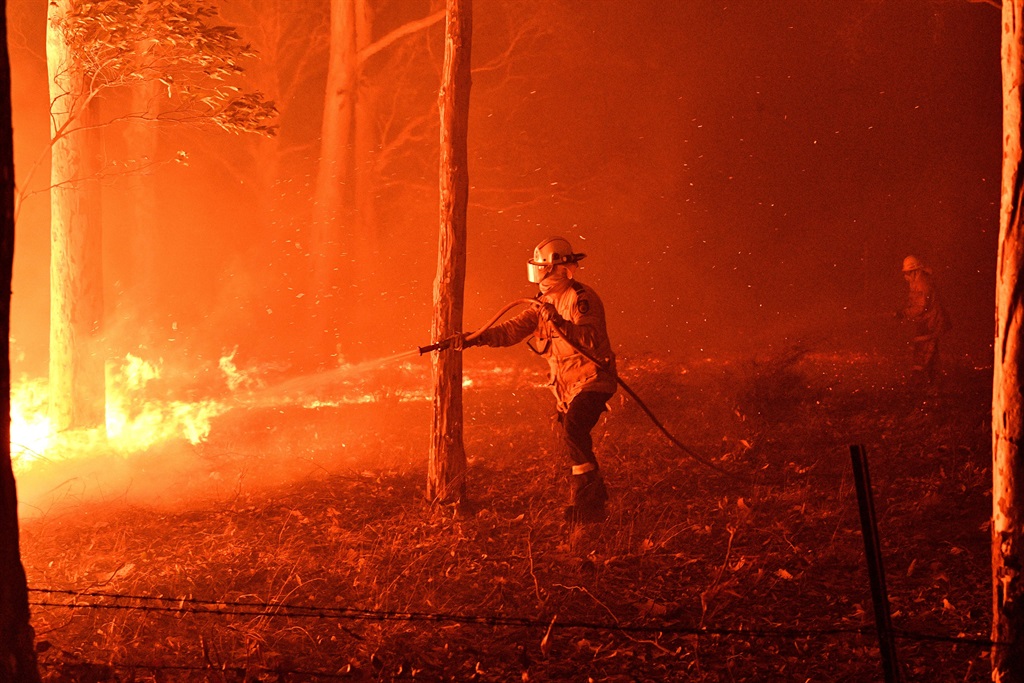 A firefighter hoses down trees and flying embers in an effort to secure nearby houses from bushfires near the town of Nowra in the Australian state of New South Wales, December 31, 2019.
Saeed Khan/AFP/Getty

This year's bushfire season in Australia has been described as one of the worst on record.

Over 46 billion acres have been charred, one billion animals killed, and 3,000 homes destroyed as of mid-February.

As Australia's summer approaches its end, the fires have died down to isolated areas and the process of recovering has begun. Enter young, backpacking tourists.

Australia has changed visa rules for young, international visitors to bring tourist dollars back into the country

For decades, Australia has offered international visitors ages 18 to 30 from 40 partner countries – which does not include South Africa – the opportunity to visit and work in Australia on a Working Holiday Maker visa. Earlier this month, the country extended the visa timeframe from six months to a full year in order to allow visitors to aid in bushfire recovery efforts.

"Hard-working Australians have been hit by the recent bushfires, but from today they can employ backpackers for six months longer, helping them at a critical time in the recovery effort," Australia's Acting Minister for Immigration, Citizenship, Migrant Services and Multicultural Affairs Alan Tudge said in a statement on February 17. "We want businesses and charitable organisations to have as many boots on the ground as they need."

Backpackers and other "working holiday makers" will be able to travel to areas affected by fires and help to rebuild homes, repair roads, and clear land, Tudge said.

To qualify for the visa, applicants must apply from outside of Australia, have a high school degree or equivalent, hold an active passport, and maintain "adequate health insurance" during their time in country. Seventy-five percent of applicants hear back within 39 days, the Australian Department of Home Affairs says on its website.

"Every extra working holiday maker that we can get into these communities is one extra visitor to help protect local jobs and keep local businesses alive," Minister for Trade, Tourism and Investment Simon Birmingham said.

On January 17, the Australian Tourism Export Council estimated that the bushfires will have a $4.5 billion AUD (R46 billion) impact on the country's tourism industry over the course of 2020, Raini Hamdi reported for travel news site Skift.

Most recently, Australian tourism has taken a hit as a result of a preventative coronavirus travel ban in effect through February 29 that bars any non-Australians from traveling to the country from China.

Charlie Grech, who owns a boat rental business in eastern Victoria, is one of many local tourism operators worried for their business. "The coronavirus on top of the bushfires, for us, has been a double whammy, we're going to really struggle to cover our expenses this year," he told Australia's SBS News.

"The tourism industry is losing about $1 billion AUD (R10 billion) a month from the China travel ban, which is cutting off access to Australia's most important market, worth about $12 billion AUD (R122 billion) a year," Mark Ludlow, Queensland Bureau Chief for the Australian Financial Review, reported on Friday.

To begin the process of drawing tourists back, Tourism Australia launched a campaign called "There's Still Nothing Like Australia" across markets in Asia and Britain this week. The campaign will total $40 million AUD (R400 million), according to Ludlow.

"This targeted campaign activity in some of our key markets is about getting the message out there quickly that Australia is open for business and is a still hugely popular and safe destination to visit that offers amazing experiences," Federal Tourism Minister Simon Birmingham said.