Audi recently revealed its concept emissions-free quattro that comes with drones instead of headlights.

It's called the AI:TRAIL, and it's the fourth release in Audi's series of concept electric vehicles, which also includes the Aicon, AI:ME, and AI:RACE.

The vehicle was designed with the feeling of nature in mind. The car gets its "Trail" moniker because it evokes the idea of "exploring nature," according to the automaker.

To do this, Audi constructed the cabin of the AI:TRAIL out of mostly glass to provide an unobstructed view of the passengers' surroundings. There also isn't a big-screen infotainment centre inside of the car. Instead, a smartphone mounted in front of the driver serves as the display and control centre screen for the car's functions and navigation.

"The aim of the designers here was to give those inside the vehicle the best possible view of nature and their surroundings, breaking the boundaries between the interior and the world outside," the automaker said in a prepared statement.

"When the car is moving, the occupants' gaze is not merely focused on the terrain ahead but is free to wander and happen upon little details in the open spaces around them."

The vehicle also has features that make it more optimised for trail-traveling. For example, the two back row seats are designed to be hammocks that can be removed and used as portable outdoor seating. And instead of headlights, the AI:TRAIL relies on five LED drones that illuminate the trail.

The Audi AI:TRAIL Quattro was unveiled at Frankfurt IAA. The four-seater has automated driving and off-road capabilities. It gets its “Trail” moniker because it evokes the idea of “exploring nature”, according to the automaker. Audi claims this is the reason why there are no big screens inside of the car. Instead, the cabin is made of glass to provide unobstructed views of the road and passengers’ surroundings. 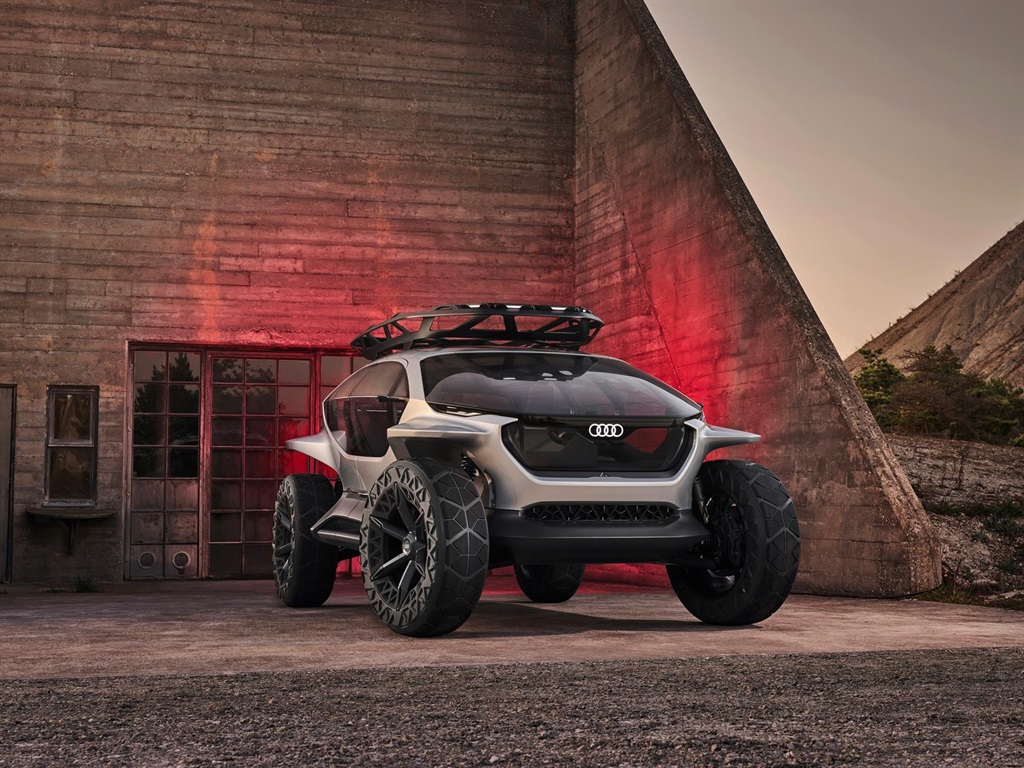 “...we designed a monolithic basic vehicle body with maximum glazing to create an intense connection to the surroundings,” Audi’s Head of Design Marc Lichte said in a prepared statement. “A concept for sustainable mobility on demand.” "The aim of the designers here was to give those inside the vehicle the best possible view of nature and their surroundings, breaking the boundaries between the interior and the world outside." The AI:TRAIL is the fourth in a series of electric autonomous concept cars by Audi. It’s 1.7 metres tall with 22-inch wheels and 33.5-inch tires. This gives the vehicle a ground clearance of 34 cm and allows it to drive through water half a metre deep. There is a ridge halfway up the side of the window and on the front and rear. This connects the body together. The axles and battery are in the floor of the AI:TRAIL, which means there are no separate attachments for the motor or batteries. The vehicle is made of steel, aluminium, and carbon fibre. The bumper has integrated storage space. Audi states that this separate compartment can be used for “dirty items” such as hiking boots and wet clothing. Sensors and electronic stability control in the tires adjust the air pressure of the tires relative to the road-surface conditions. For example, it can reduce the pressure of the tires while driving on sand, and increase it again when on asphalt. A smartphone on the steering column serves as the display centre screen for the car's functions, such as control and navigation. Audi designers used recycled materials, such as reprocessed wool and recycled leather, for the AI:TRAIL. The back two seats are designed like hammocks and can be removed and used as mobile outdoor seating. Instead of headlights, the car has light sources that can shine both inwards and outwards, lighting either the road or the interior of the car. THE AI:TRAIL has Audi Light Pathfinders, five drones with LED lights instead of conventional low and high beams. They can fly ahead of the car, illuminating the path ahead. They can also serve as video cameras that allow the driver to see what the Pathfinder sees. 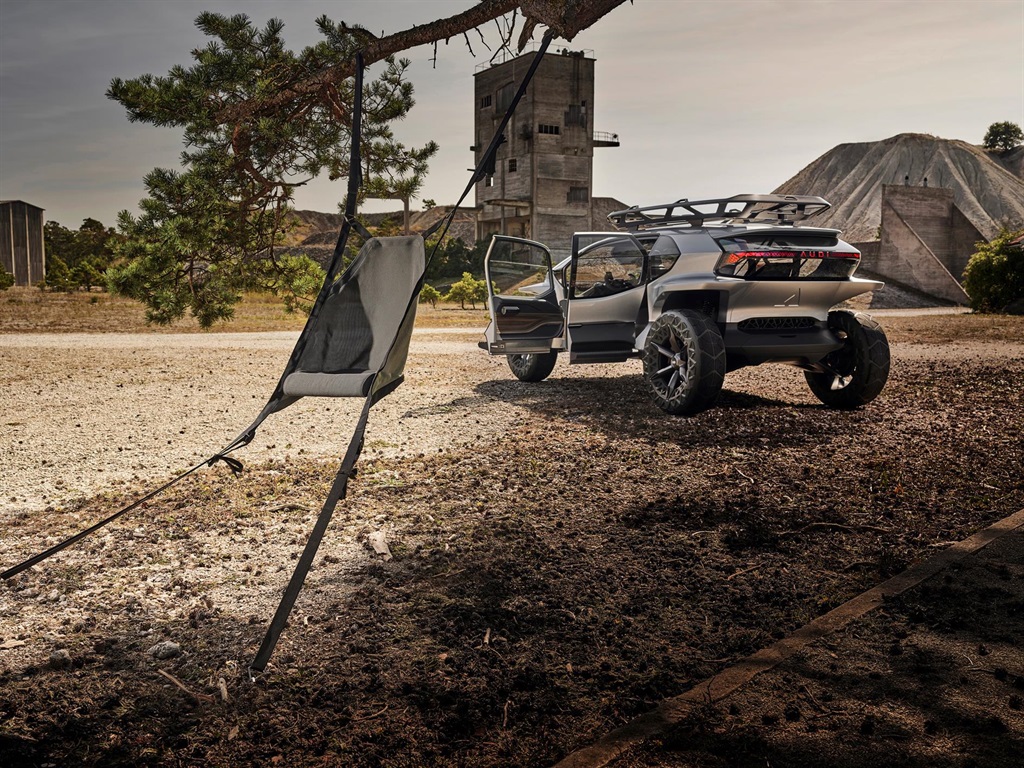 There’s also an Audi Light Companion which is a flashlight-like source that can be magnetically attached to the seat as ambient lighting, or taken on the go. When paired with the navigation system, it can project directions when hiking.