This photo of a dressed-up zebra just fetched R1.7 million - a record price for a South African photograph 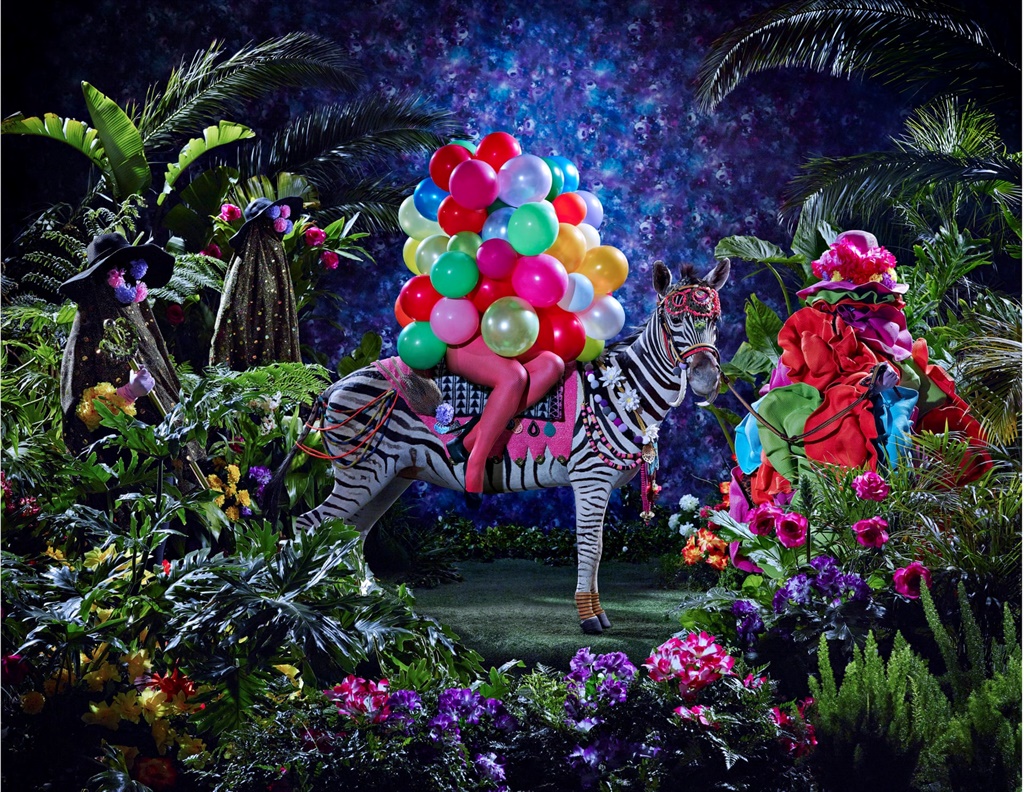 'The Knight of the Long Knives I' by Athi-Patra Ruga

In a South African first, a photo went under the hammer for more than R1 million.

"The remarkable sale price not only set a new world record for the East London-raised artist, but also marked the first time a photograph has ever sold for more than R1 million at a local auction," according to the auction house. Strauss says two bidders determinedly tried to outbid each other, in a fierce contest to secure the photograph.

Read more: Here's what the 15 most expensive paintings from South Africa look like

The 2013 photo is of a woman in black pumps and pink stockings with her upper body covered in multi-coloured balloons. She is riding a dressed up zebra.

The Knight of the Long Knives I forms part of the artist's Future White Women of Azania series that comprises a set of mythical characters like the one mounted atop the zebra. 'Thud of a snowflake' by Athi-Patra Ruga (WHATIFTHEWORLD Gallery)

In making The Knight of the Long Knives I Ruga told UK publication, The Guardian "I wanted to create a quasi-funereal procession, with pomp and fanfare. I decorated the zebra a bit like a holy cow in India, or a Spanish horse, or a dressage champion, giving it sabre teeth and custom-made accessories."

The top-selling lot after Ruga was an early work by painter Marlene Dumas, which sold for R1,593,000, a new SA record for the Amsterdam-based artist. A colourist landscape painted in 1997 by Robert Hodgins rounded off the top three, fetching R1,024,000.