A newly-discovered star, and possibly habitable planet, are strikingly familiar to humans An artist's impression of exoplanet K2-18b, its host star, and an accompanying planet in the system.
ESA/Hubble, M. Kornmesser

Scientists have found a potentially habitable exoplanet and its star that are more similar to the Earth and our sun than any other known planet-star pair.

The planet - which is still considered a planet candidate until further confirmation - is the right distance from its star to allow for the presence of liquid surface water. That means it could potentially host life. The Earth-like world is about 1.9 times the size of our planet.

"It's the combination of this less-than-double the size of the Earth planet and its solar type host star that make it so special and familiar," Dr. René Heller, the lead author of the new study, said in a press release. Her team at the Max Planck Institute for Solar System Research described the planet and star in a paper published last week in the journal Astronomy & Astrophysics.

For now, the planet candidate is known as KOI-456.04. If its existence is confirmed by other telescopes, the exoplanet would join a group of about 4,000 known planets outside our solar system.

Other research had previously found that the star this Earth-like planet candidate orbits, called Kepler-160, has two planets circling it. But the new study revealed two additional ones. 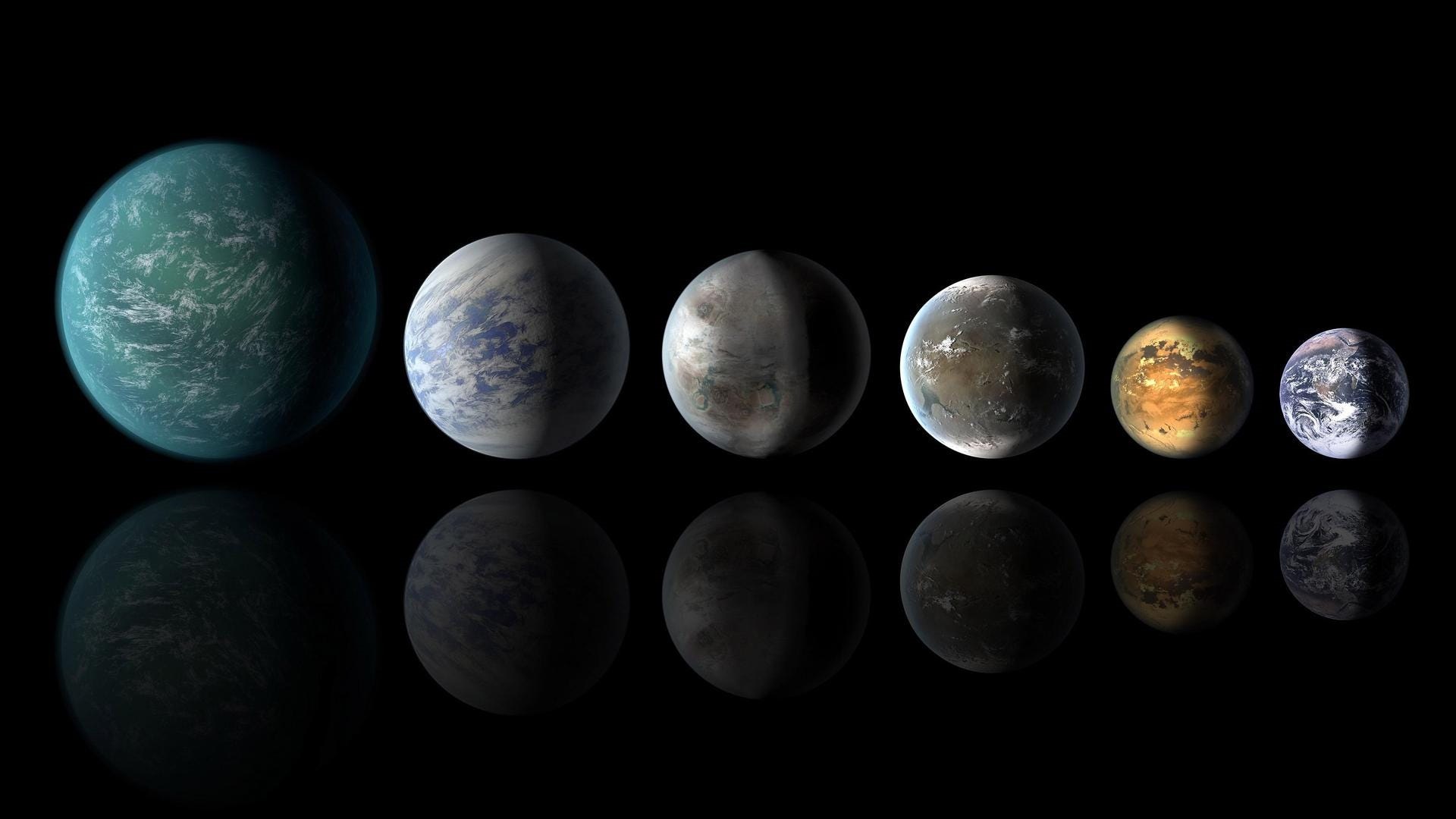 An artist's illustration of a planetary lineup, showing habitable-zone planets with similarities to Earth: from left, Kepler-22b, Kepler-69c, Kepler-452b, Kepler-62f and Kepler-186f. Last in line is Earth.
NASA/Ames/JPL-Caltech

What makes an exoplanet habitable

To be considered habitable, planets must orbit a stable star at a distance that maintains a temperature suitable for liquid water.

The Milky Way galaxy could hold up to 10 billion Earth-like planets, some estimates suggest, but only about 4,000 have been identified.

The vast majority of exoplanets don't meet the conditions required for life to exist. Most of the potentially habitable worlds researchers have found orbit red dwarf stars, which aren't stable enough. Red dwarf stars are smaller and fainter than the sun, and emit infrared radiation. They also sometimes send out high-energy flares that can fry the planets around them.

Of the known exoplanets that do orbit a sun-like star, most are much bigger than Earth - usually about the size of Neptune (four times Earth's size). These larger planets tend to trap too much hydrogen in their atmospheres, and such gas giants don't sustain liquid water.

This new planet candidate is promising A rendering of a gas-giant exoplanet and its star.
ESO/NASA

The new finding came after astronomers reexamined archived data from the Kepler Space Telescope, which NASA retired in October 2018. The telescope passed the exoplanet-hunting torch to to the TESS satellite telescope, which began its observations in August 2018.

Because KOI-456.04 is less than double the size of Earth, that could mean its atmospheric conditions are similar to ours. Plus, the star the planet candidate orbits is about 1.1 times the size of the sun, with a surface temperature of 5,200 degrees Celsius (only 300 degrees less than the sun). The star also emits visible light, like our sun does.

If KOI-456.04's atmosphere is like Earth's - meaning it has a mild greenhouse effect - then its average surface temperature would be about 5 degrees Celsius, compared to Earth's average of 15 degrees Celsius, according to the Max Planck Institute. The system is just over 3,000 light-years away from our solar system.