A sprite captured from the ISS.
ESA/NASA-T. Pesquet

An astronaut onboard the International Space Station has captured a rare image of a red "sprite" above Europe while recording a timelapse from space.

The picture, which was taken on September 9, is a "very rare occurrence," French astronaut Thomas Pesquet said in a Flickr post. An annotated picture of a sprite seen from space on September 9, 2021.
ESA/NASA-T. Pesquet

That is because these red flashes are only visible for a few milliseconds, as per NASA.

Because their pictures are so rare, very little is known about sprites, the European Space Agency astronaut Andreas Mogensen said in 2016.

We know, however, that they are made up of lightning that shoots up toward space, rather than down to the ground, he said.

As the electrical discharge interacts with nitrogen in the atmosphere, it gives off a light with a reddish hue, according to NASA.

They are part of a category called "transient luminous events," which also includes "elves" - halos of red light - and "jets" - flashes of blue light that shoot up towards space, according to the ESA. Schematic of transient luminous events in the atmosphere.
ESA

Jets captured over India from space can be seen in the GIF below. This video was taken by the ISS’ Cupola observatory in September 2015.
ESA

The ISS has instruments outside the space station's Columbus laboratory that are dedicated to observing these flashes of light, Pesquet said in the post.

From Earth, sprites are usually hidden behind thunderclouds so, for decades, the red bursts of light were relegated to the stuff of legends until they were first captured on film in the late 1980s. 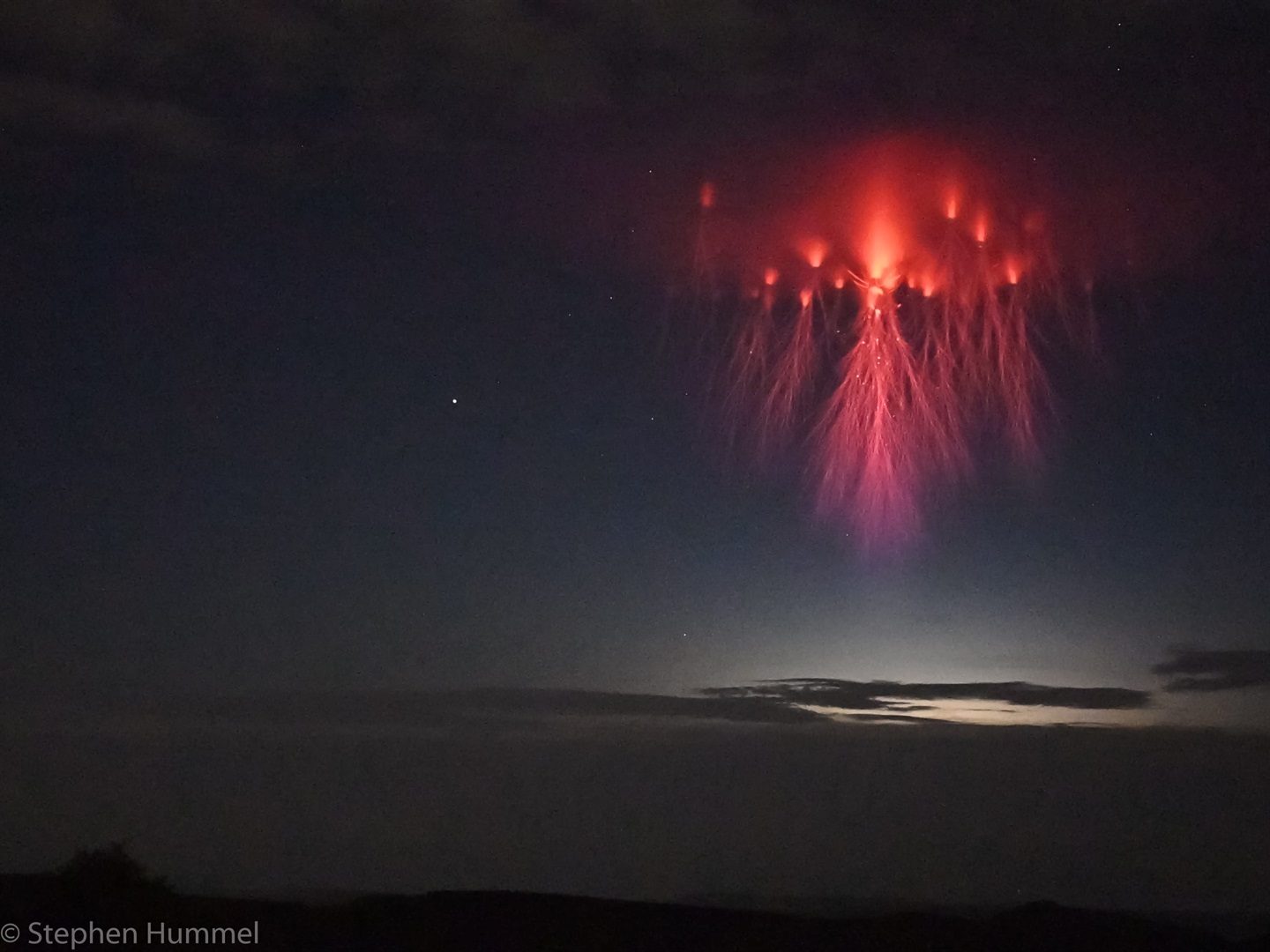 This is not the first time sprites have been snapped from space. Below are two pictures of sprites captured from the ISS in 2015. A red lightning sprite below the white light of an active thunderstorm from aboard the ISS on August 2015.
NASA