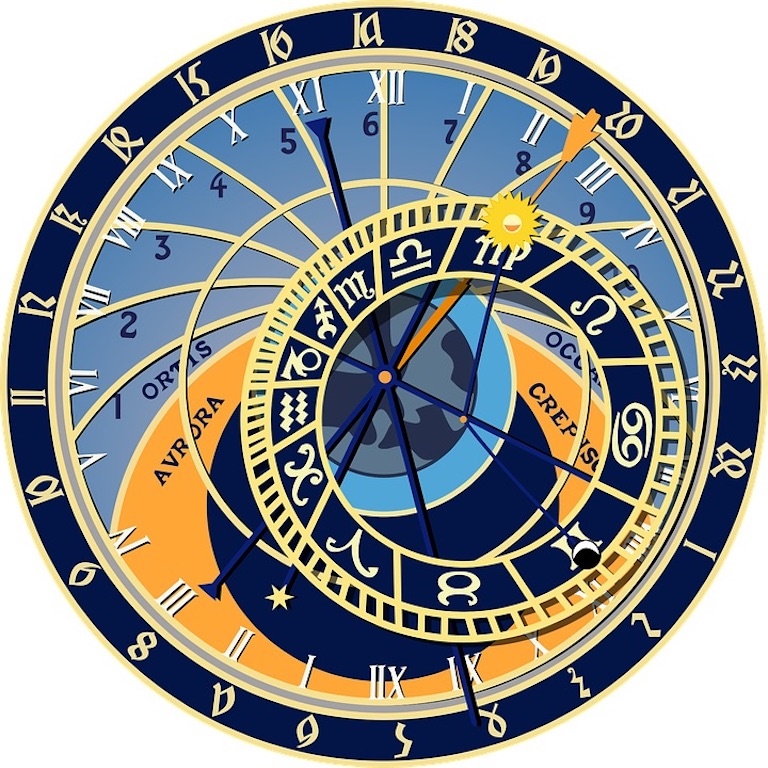 The 8 May 2019 elections promise to be a landmark for South Africa – and there are predictions aplenty on who will get their voters to the polls, which parties will prosper and which will wither, and which party leaders could be in for trouble once the results come in.

For a slightly different take on what could be in store for SA, Business Insider South Africa approached two of South Africa's top astrologers for their forecast for the biggest political parties. They charted the planets on election day, compared the charts for the big parties and their leaders, and analysed what found.

The election, they tell us, could be exciting, for some leaders more so than for others. Cyril Ramaphosa, for instance, doesn't look like he'll be in for a restful time, and Mmusi Maimane could be quite busy after the (initial) results come in.

Here's what Nancy Massing and Richard Fidler of the Cape Astrology Association found in their astrological charts for 8 May 2019, the ANC, DA, EFF, and their leaders.

In the days immediately prior to the election we note that Mars is located 180 degrees from Jupiter, while also engaging Pluto in a way that can be described as 'tense'. You will in fact be able to see the Moon close to Mars above the Western horizon just after sunset on the day before the election!

These and other considerations lead us to the conclusion that this will be a spirited election, which may be putting it mildly.

If nothing else it seems to portend full and enthusiastic participation. However, we regret to report that this conspicuous role of the planet Mars in the general 'cosmic weather' on election day, as well as in a number of the other charts we're considering, such as the chart for the New South Africa, the ANC's founding map, and notably the chart of the ANCYL raises some concern about the possibility of unruly or even violent and intimidating behaviour emanating from certain quarters. This which might mar the integrity of the election process.

Mercury and Uranus are conspicuously joined at the hip on election day. We consider this noteworthy since Mercury is a key factor in anything requiring precise and accurate calculation, enumeration and communication. It describes a state of extremely fast paced and thus potentially erratic mental activity. It is possible that haste and impatience, or even outrightly defiant attitudes, could lead to mistakes being made in the tallying of votes, or in the accurate relaying of information regarding the election to the public. Certain key political figures may make provocative and shocking statements, since Mercury-Uranus translates easily as 'abrupt and startling communication'. Technological glitches are also not improbable. Expect some surprises!

The fact that the New South Africa's chart is experiencing a 'Mercury Return' at the time of the election can certainly, on one level, point to the youth of the country being significantly involved, and this may well be through both agitation and constructive, conscientious participation.

Here's what the chart for parties and their leaders suggest.

ANC: trouble for Ramaphosa, and from the Youth League

We all know it is a foregone conclusion that the ANC is all but assured yet another victory in this general election. The real question is, by what margin? There seems to be an element of self-congratulation around the time of the election in the chart we're using for the ANC (apparently indicating they're more than satisfied with the results), but it is not unlikely that in the weeks following the election the ANC may need to make concessions and come down a notch or two.

This may be a result of revised voting scores, or perhaps as a consequence of coalitions formed by opposition parties that serve to weaken the ANC's grip on power. Whatever the case, it seems there is some sort of weakening of the ANC's position a little further into May of 2019, even if the initial results seem to buoy the party's mood.

The ANC does seem to be specifically implicated in the unruly behaviour we have predicted as likely. Cyril Ramaphosa seems to be under attack around the time of the election and immediately afterwards; perhaps this will manifest as harsh criticism for his handling of events, such as failure to reign in undisciplined elements within the ANC and its allies. The astrological factors at play here lead us to speculate that the ANC Youth League would be likely culprits, and this possibility unfortunately seems reinforced by their recent disruptive behaviour in response to the release of the book 'Gangster State' by Pieter-Louis Myburgh.

We note from the founding chart of the ANCYL (2 April 1944) a spike in frustration and a spirit of antagonism during the first four days of May 2019, but the actual day of the election itself also describes the organisation as excitable and inflammatory (it could conceivably lead to literal fires!).

DA: there's nit-picking in the stars

We don't find much astrological evidence for anything resembling a 'victory lap' in the chart for the DA or its leader, Mmusi Maimane. In fact, both the charts of the DA and NFP point to the possibility of 'sour grapes' and even some form of official complaint being lodged. The DA may even resort to a relatively futile nit-picking. Their complaints may indeed carry some legitimacy, and even if they enjoy some redress, they may not be the greatest beneficiaries of any adjustments resulting from a review of initial results.

Looking a little further ahead, we have some doubts about Maimane's resilience and fortitude in 2020-2021 as Neptune Opposes his Saturn. The DA's prospects in this coming cycle may in fact hinge on the quality of his successor not too far down the line.

Although Julius Malema seems personally pretty exhausted, if not demoralised in the days immediately before the election date (Mars opposing his Neptune), he's looking feisty as ever immediately afterwards.

Looking at the chart for the EFF party they may well have reason to feel emboldened, and it looks like Malema will waste no time in being vocal, assertive and demanding once the results are out. This may be because his party has significantly gained new ground, or because he too feels there is some form of redress or review that can be insisted upon.

Although the dynamic and somewhat controversial Patricia de Lille's 'Good' party has yet to participate in an election and prove its mettle, we feel this could be a dark horse in this race that is worth keeping a close eye on.

One reason for this is the conjunction of the Sun and Jupiter on its official founding date of 2 December 2018. This along with certain other factors in the Good party's founding chart seems to point to the party having an impressive ability to portray itself as 'righteous' or 'good' and may be capable of inspiring hope and optimism, but there is however some indication that this lucky, upbeat and expansive 'party persona' lacks real longevity and follow through (this interestingly contrasts with Sun Trine Saturn in the ANC chart which specifically indicates longevity, respect for tradition, and good organisation capacity).

The 'Good Hype' may ultimately prove to be a fragile bubble. The party may bite off more than it can chew and find itself out of its depth.

That said, we would not be too quick to dismiss De Lille's own personal longer-term ambition and influence; she's not done yet. The Good party, despite the questions around its capacity to fully deliver, does have quite a lucky founding mojo and may well manage to appropriate a good dose of thunder from the other parties.

As for South Africa: there's hope for a breakthrough

Beyond this imminent election and its drama, South Africa seems headed for important developments that should come into clear view in January 2021, with the full moon at the end of that month looking particularly significant.

It seems that period will offer South Africa a new degree of prestige, and perhaps also responsibility, on the world stage.

On the one hand it may mark a major and decisive breakthrough on internal domestic issues, such as the currently ambiguous and unnerving prospect of land expropriation without compensation. If this is the case we think the outcome will be positive overall, which doesn't mean it will suit everyone, but that it will offer much needed clarity that unleashes latent developmental potential.

Perhaps, on the other hand, South Africa gains greater status internationally through such forums as the United Nations around that time. It does appear to be a time that holds considerable promise. This seems reinforced by the fact that Cyril Ramaphosa will, closer to 2021, be more focussed, purposeful, and capable of gaining support for powerful allies, locally and abroad.

Related Links
People are turning to astrology memes to cope — and it's taking over Instagram
9 Cosatu priorities for the 2019 election, including banning private hospitals and a 50% tax on...
KwaZulu-Natal will have a bigger say in Parliament after the elections – at the expense of the...
Next on Business Insider
The Burj Khalifa, the tallest building in the world, is so tall that people perceive time differently from the top and bottom floors