When coronavirus vaccines were rolled out to the public, regulators knew they would need to watch out for extremely rare reactions. Although clinical trials had shown the shots to be safe among tens of thousands of people, the world was about to vaccinate tens of millions more.

Their vigilance paid off earlier this month when European regulators announced that rare blood clots might be an uncommon side effect of AstraZeneca's vaccine. Then on Tuesday, US regulators recommended a pause in the distribution of Johnson & Johnson's vaccine due to six reports of the same type of clot among women who'd received that shot.

AstraZeneca's and J&J's vaccines share a platform: Both are viral-vector vaccines, which introduce a coronavirus gene into the body using a genetically engineered common-cold virus, called an adenovirus. Some medical experts are now wondering whether that technology itself could be linked to clotting.

"Why are we seeing these few cases for J&J and AstraZeneca? We don't know. It just makes sense - hey, maybe, it's how the vector is introduced, because that's the biggest difference," Dr. Vivek Cherian, a hospitalist at the University of Maryland St. Joseph Medical Center, told Insider.

Regulators haven't discovered the same clotting issues with the Pfizer and Moderna vaccines, which rely on a different technology: mRNA that spurs the body to produce one of the coronavirus' signature proteins, thereby stimulating an immune response.

But scientists are still trying to figure out why only certain people - mostly young women so far - develop these rare clots, and whether all vector vaccines might trigger the same reaction.

A reaction to the adenovirus?

The particular blood clot in question, central venous sinus thrombosis (CVST), forms in the brain - meaning it can lead to headaches or stroke. In an average year, this condition occurs in about five people out of every million.

By early April, European medical officials had identified 169 CVST cases out of more than 34 million people in the European Union who'd received AstraZeneca's shot. That's still just five cases per million shots - about the rate you'd see in a normal population - so researchers weren't sure whether the clots were caused by the vaccine.

But after reports of CVST among women who'd received the Johnson & Johnson's vaccine, a link started to seem more probable. A patient receives an injection of the Oxford/AstraZeneca COVID-19 vaccine.
BEN STANSALL/AFP via Getty Images

Regulators also noticed a distinct pattern among all the vaccine-related cases: In addition to CVST, the patients had low levels of platelets - colourless blood cells that help clots form.

"This type of a combination of low platelets and blood clots has been very rarely seen in the past in other situations as an autoimmune phenomenon, but it's very, very rare," Peter Marks, director of the FDA's Center for Biologics Evaluation and Research, said in a Tuesday briefing.

Before the vaccines were authorised, the combination was primarily associated with the blood-thinning drug heparin. In rare cases, people taking the medication develop antibodies that bind to a specific platelet, which can make them more susceptible to clots.

In a study of 11 people who developed clots after receiving AstraZeneca's vaccine, they all tested positive for antibodies against that same platelet.

"Whether there's some kind of a reactive mechanism based on the adenovirus, and whether that somehow activates these platelets - that's what they're trying to look into," Peter Gulick, an associate professor of medicine at Michigan State University, told Insider, referring to US and European regulators. 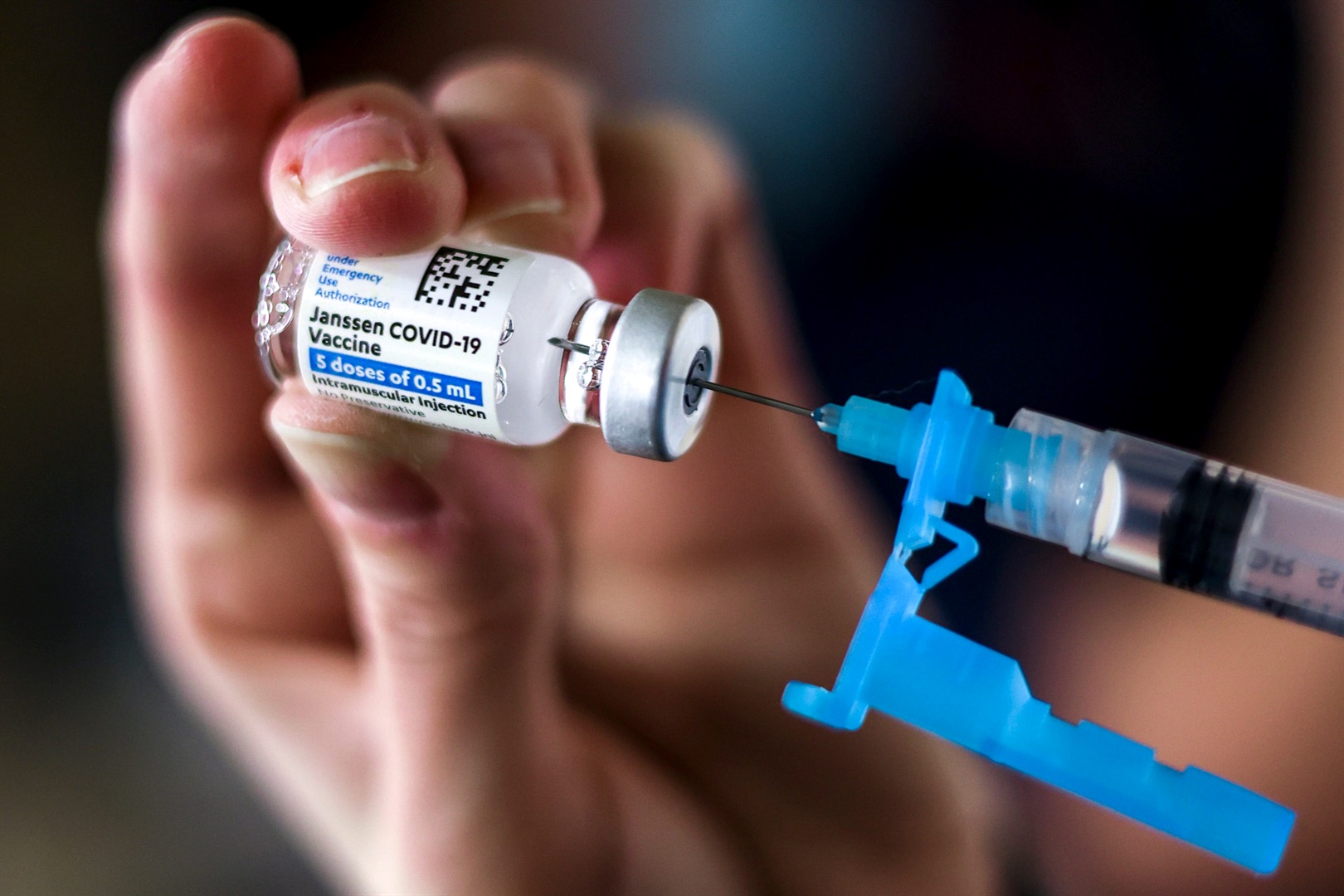 Before AstraZeneca's and J&J's shots, only a couple viral vector vaccines had ever been authorised in humans: In 2017, China approved an Ebola vaccine that uses an adenovirus, but that shot was only authorised for emergency use, so relatively few people have ever received it. The US and EU approved another viral vector vaccine for Ebola in 2019, but the shot hasn't been widely administered, either.

For that reason, it's hard to know whether blood clots may be a rare issue associated with vector vaccines in general, or if the reaction is just related to the specific adenoviruses used in AstraZeneca's and J&J's shots.

It's also possible, of course, that these clots aren't associated with vaccines at all.

"I don't think [clotting is] something that we automatically expect with a vector vaccine," Namandjé Bumpus, director of the pharmacology and molecular sciences department at Johns Hopkins Medicine, told Insider.

Adenoviruses are usually harmless, Bumpus added: They're disabled before they're injected so that they won't replicate inside the body. They're also engineered to resemble common, naturally occurring viruses, which on their own aren't associated with blood clots.

But the adenoviruses used in vaccines can't be too common either, because then anyone who'd previously been exposed to them would fight them off before they could trigger an immune response. For that reason, AstraZeneca's shot uses an adenovirus strain only found in chimpanzees. J&J's shot, meanwhile, uses a modified human adenovirus that's not easily recognised by the immune system.

It's possible, Gulick said, that one particular adenovirus might cause blood clots while another might not. The vaccine dose could matter as well: A 2007 study found that high doses of adenoviral vectors triggered low platelet counts in mice. But that reaction usually occurred within 24 hours after the injection, and people who've developed CVST after their AstraZeneca and J&J shots usually did so within two weeks.

This suggests the condition wasn't triggered by the body's innate immune response (the one that leads to normal vaccine side effects like fatigue or muscle aches), but instead by the adaptive immune response - the one responsible for churning out antibodies. Most of the CVST cases following AstraZeneca's shot occurred in women under 60, while all six J&J cases were reported in women between 18 and 48.

Cherian noted that young women have higher levels of oestrogen, which makes them more likely to have strong immune responses in general. Gulick, meanwhile, pointed out that women have more T-cell receptors, which can also prompt the immune system to react aggressively to foreign invaders.

"My guess is it lies somewhere in how our immune system is responding in a very, very select set of individuals to that vaccine," Cherian said.

But Bumpus cautioned against associating the clots with any particular group yet.

"It's just such a rare event in such a small group," she said. "Even though it's a bit tempting to think that it's specific to a subgroup, we have to be unbiased a little bit and just look at the data."

Ultimately, she added, it could take years of research to determine why some people developed clots after either shot.

"There are many medicines that we take safely and confidently, that we still all the time - even after decades of use - are learning more and more about their mechanisms and their impact on cells," Bumpus said. "It's just with these [vaccines], it's all unfolding in real time in front of our eyes."