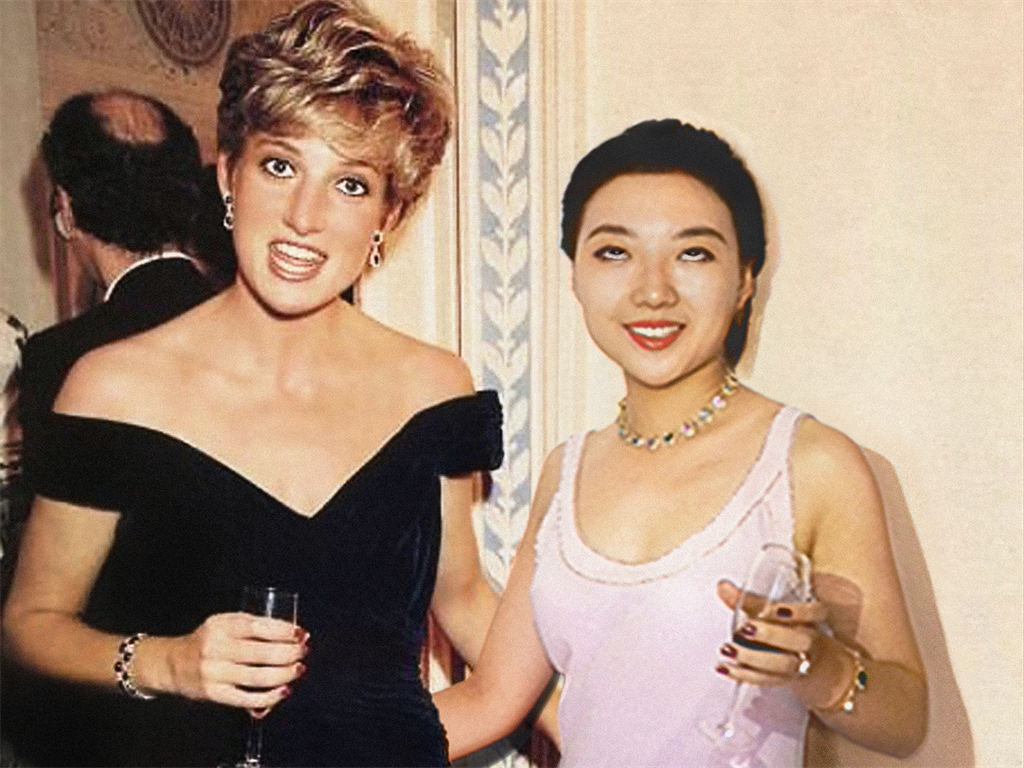 Celine Liu edited herself into a photo with Princess Diana.
Celine Liu

Some people dream of hanging out with Hollywood actors from the past. Others wish they could have spent time with famous painters who are now long gone. But for one artist, those dreams aren't as far-fetched as they sound.

Celine Liu, a visual artist based in Beijing, China, has been working on a photo-editing series since 2002. Titled "I'm Everywhere," Liu uses photo-editing tools to insert herself into photos of legendary people, including actors, influential activists, and painters.

We recently got in touch with Liu to learn more about her ongoing series. See the realistic photos from her project below.

Many of Liu's edited photos depict her standing alongside famous actors. One example shows Liu at the 1955 Academy Awards with Grace Kelly. The two appear to be laughing and enjoying the ceremony after Kelly accepted her best actress award.

Speaking to Business Insider, Liu said that she first formed the idea for her photo series as a child. "I think people who show up on the screen are glorious," Liu said. "So this series was created to fulfill my childhood wish, which was to become an icon by standing with the stars."

One of the most prominent on-screen figures throughout history, of course, was Marilyn Monroe. Liu placed herself into this 1952 photo of the star sorting through her fan mail.

But she's just as inspired by scholars and scientists. If you didn't know it was edited, one might believe that Liu was actually sitting next to Albert Einstein along the beach in 1939 when the original photo was taken.

Many of Liu's images have historical significance. Originally taken in 1965 during the Selma to Montgomery March, this famous photo depicts Martin Luther King Jr. and his wife Coretta Scott.

Liu edited herself into the back of the image, appearing to march behind the famous activists.

The artist has also found ways to incorporate herself into more the more private moments of celebrity life. 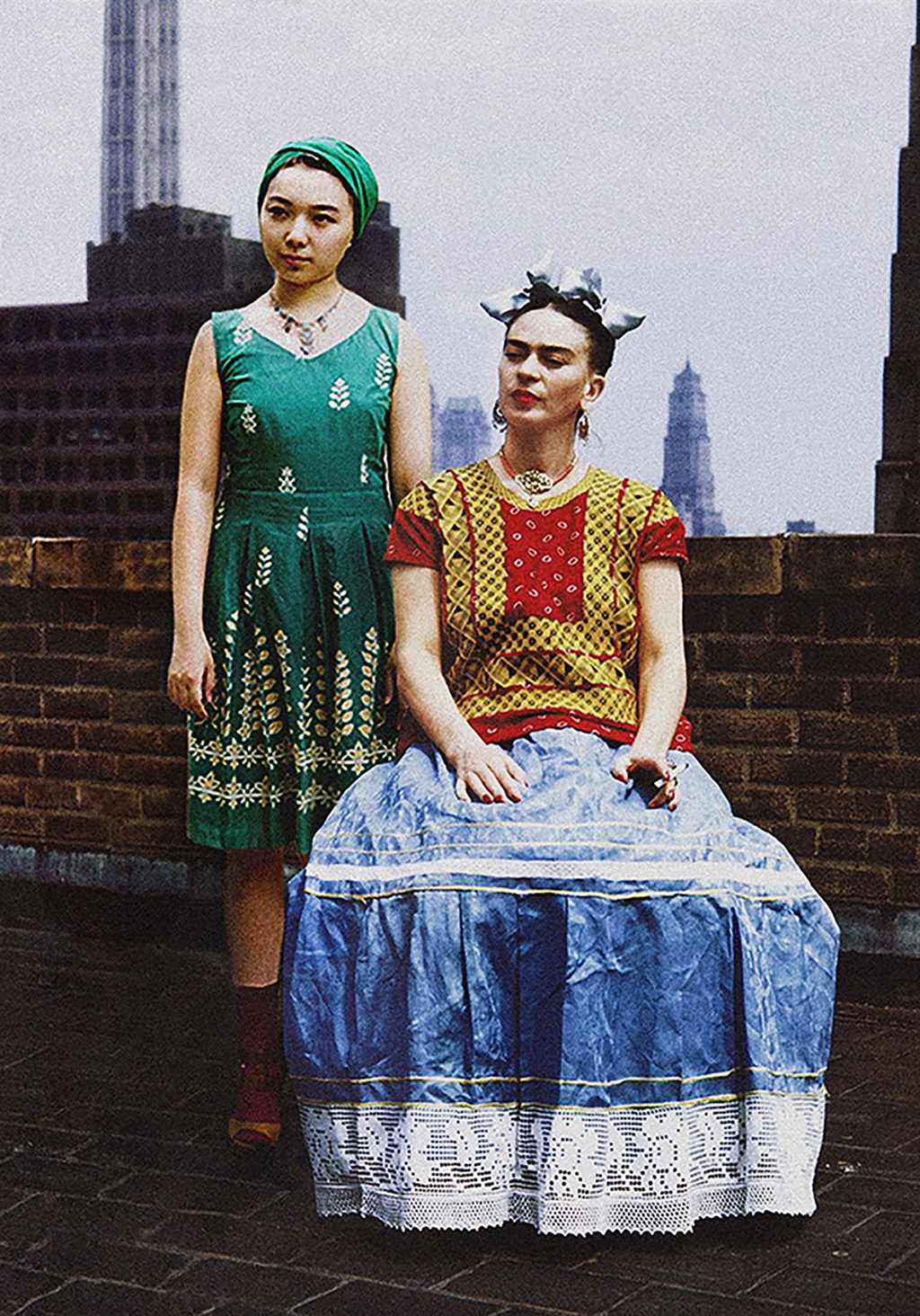 In 1946, photographer Nickolas Muray captured an image of artist Frida Kahlo smoking on a balcony in New York City.

More than seven decades later, Liu recreated the image by placing herself alongside Kahlo.

Occasionally, Liu will edit herself into multiple photos of the same person. For each photo, the artist alters her wardrobe almost completely to match the time period and style.

For example, Liu wore a loose, printed dress to match Kahlo in her first image. But for her second photo with the painter, Liu chose to wear a floral jacket and an updo hair style.

Typically, the artist places herself right in the middle of the action of whichever photo she recreates, like this one of the artist Pablo Picasso. This picture makes it look as though Liu was working alongside the famous artist.

To figure out which images she wants to recreate, Liu first looks for well-known subjects. Regardless of how famous a person may be, Liu also makes sure that she's familiar with them herself, and that she has some personal connection to their work.

Once she's chosen a subject, Liu then does some research to find as many pictures of them as she can. Many of the photos used in Liu's series are iconic images, but she occasionally prefers to use lesser-known photographs of her subjects.

Ultimately, Liu always ends up choosing images that give her "the most space to imagine and create." While she could have used any portrait of Simone de Beauvoir for her photo series, Liu ended up choosing two photos that show the writer more candidly.

There were also plenty of iconic photos for Liu to choose from when editing herself into an image of Charlie Chaplin. But rather than using a popular image, the artist decided to place herself into a rare photo of the actor.

"My dad often imitated [Chaplin] and made me laugh when I was a little girl," Liu said. "So [Chaplin and I] built up a real emotional connection."

As a result, Liu decided to edit herself into a photo of the actor getting ready backstage, and aimed to make it appear as though the two "were familiar and had a strong bond."

At the end of the day, Liu doesn't see her work as "photographic art." Liu uses photo-editing tools to create her series, but she feels that there's ultimately a much deeper meaning behind her work.

"This work is more like performance art, or an experimental game," she said.