On Saturday, one such series of pictures captivated the internet. It was a photo series of a little rat and an even smaller watercolour painting, one that he made himself.

That artist is a rat named Darius, and he belongs to Amalie Markota Andersen, an animation and digital arts student from Askim, Norway. 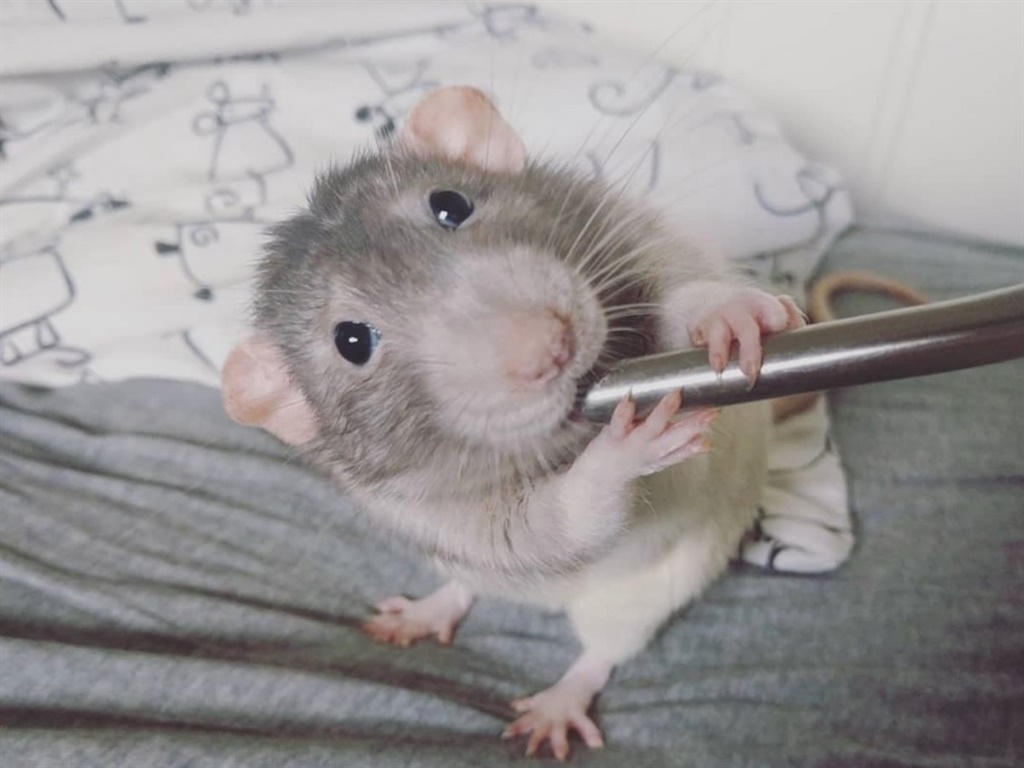 Anderson said she and Darius were pretty attached to each other.

Photos of Darius went viral on Twitter on Saturday after they were shared by a now-private account. But before that Andersen documented Darius' handiwork on Tumblr. Andersen wrote on Tumblr that Darius made his first painting in January 2018.

Read more: A truly enormous cat named 'Big Boi Mr. B' enchanted the internet after a shelter put out a call for someone to adopt him

"When I had Darius, I got a non-toxic watercolour set, dipped his lil hands and feet in it and just let him walk back and forth on the paper until it started to look like something," Anderson said, estimating that each painting probably took Darius about 10 minutes to create.

"Darius going viral was very exciting, I was so happy people liked him," Anderson said. "It is what he deserved!"

Darius' internet fame quickly became something of a - and please forgive this - pet project for Andersen, who said she commissioned about three or four Darius originals. Andersen said she used the money to buy Darius a harness so that he could explore the outdoors safely. Darius in the outdoors

"I do regret selling the original a little bit," Anderson said. "But it also makes me very happy thinking that his works are out there somewhere, hopefully still intact and well!"

Andersen adopted Darius in 2017, and his age was unknown at the time. She said the little rat, who she described as "timid and shy" and cuddly "like a little baby," despite what she assumed was his old age.

Sadly, Darius passed away earlier in 2019, but Andersen said their time together was extremely impactful for her. Currently, Anderson has two other male rats, Gucci and Mango.

"I had him in a weird time of my life where I was trying to figure out who I was as a person, and also where I should be going in life. He was my light in the darkness, if you will," Anderson told Insider. "And I'll be forever infinitely thankful for him, even if he never knew what kind of impact he had. Not only on me but the thousands of people who fell in love with him and his little painting."