The newest upgrade to the Apple Watch is making it that much more of a standalone device - meaning it'll be less reliant on a nearby iPhone to be useful.

At its annual developer's conference on Monday, Apple introduced WatchOS 6, the newest operating system for the company's line of R4000-plus smartwatches. The Watch will now have Apple apps that were previously left off - like the App Store, Calculator, and Voice Memos - and additional health-related features.

The new WatchOS will roll out to Apple Watches in the fall, though we don't yet have an exact date.

Here are all the new feature available on the Apple Watch, coming this fall:

On Monday, Apple announced the newest Apple Watch update, WatchOS 6. The new system will stick to Apple's usual cadence of releasing new updates in the fall, though the exact date isn't yet known. The latest update adds a number of new watch faces to Apple's relatively limited selection — at least, limited in comparison to the number of choices on Android smartwatches. The new options range from super minimalistic with a simple design, to faces that show more information, such as weather and cell signal strength. 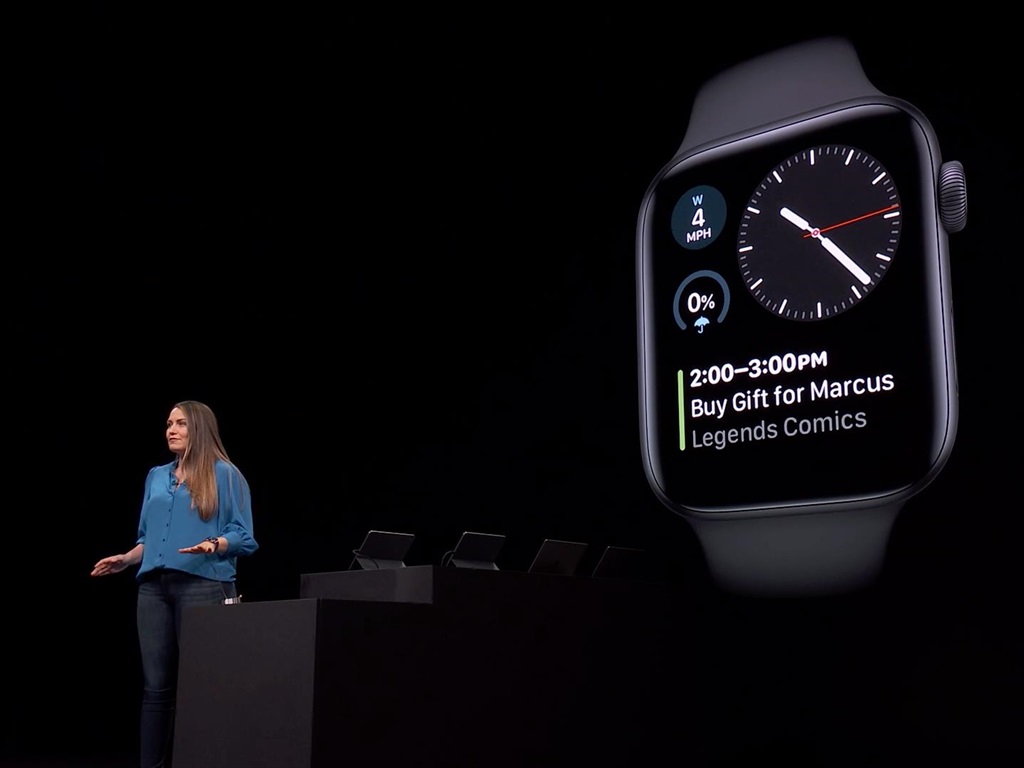 The new also features the option to turn on a "taptic chime" that notifies you at the top of each hour. If you enable the feature, you can choose to be alerted with a little buzz on your wrist, or, if you leave your sound on, a chime. The most notable feature coming to WatchOS 6 is the addition of the App Store. Previously, to download an app to your Watch, you had to do it from a nearby iPhone. Soon, you'll be able to do it straight from your wrist. With WatchOS 6, you can search right in the App Store on your Watch device for apps, then purchase and install them onto your wearable. WatchOS also will be compatible with audiobooks, Apple announced. As with music and podcasts, audiobooks can be synced between your Watch and your other Apple devices for a seamless listening experience.

Additionally, two Apple apps are finally coming to the Watch: Calculator and Voice Memos. The calculator also has a function that will let you easily figure out the tip at a restaurant, while voice memos will let you talk straight into your wrist.

Apple Watch has long been equipped with Siri, but the update gives the voice assistant a boost. Powered by Shazam, Siri on the Apple Watch can be used to look up the name of a song playing in the background. You have only but to ask. Apple also announced updates health and fitness tracking on the watch. The Activity Tracker is updated to track more fitness metrics, as well as calculate fitness trends that show how much you're moving over the course of months or years. The Apple Watch will also track noise decibel levels, a feature that aims to warn users if the audio around them is at a level that could cause hearing loss after prolonged exposure. Apple says the Watch isn't constantly listening to surrounding audio to hear the volume — it picks up short samples throughout the day, and the recordings aren't saved anywhere. Apple's health app is also now equipped with period cycle tracking. In other words, it can predict when a menstrual cycle is about to start, and help calculate the user's fertility window. The latest update, WatchOS 6, will roll out to devices in the fall, though we don't have an exact date yet.