I purchased the new Apple Watch about four months ago.
YouTube/MKBHD

Many people will purchase an Apple Watch to improve their physical health - but the device is just as good for one's mental health.

Over the past couple of years, I've been dealing with more anxiety than usual. I moved to a new country, from the United States to Canada, and that same year I also got married to the love of my life. I wouldn't change a thing, but sometimes stress and anxiety can creep up on you.

I've spent the last year learning mindfulness techniques to help me better cope with stressors, but nothing has done a better job than the Apple Watch I purchased about four months ago.

A little less than two years ago, I moved from the United States to Canada. Like most moves, it was incredibly stressful. Immigrating to a new country, changing my job status, and having a lapse in medical coverage — not to mention my wife and I were planning our wedding that year — gave me anxiety, which was sometimes hard to overcome. So about a year ago, I decided to learn mindfulness techniques and strategies to cope with stress. (Here's me, looking stressed.) Mindfulness is designed to teach you to be aware of your body but treat it with sympathy and curiosity instead of alarm. If you feel pain, you're supposed to try to examine it instead of reacting to it — or, if it's too much to bear, distract your brain so you don't focus on it so much that you go down a rabbit hole of worry.

Here's former Navy SEAL Mark Divine demonstrating how to do box breathing, in case you're interested.

Occasionally, though, box breathing hasn't been enough to distract me from my thoughts. And that's why the Apple Watch Series 4 is so good. I picked up an Apple Watch Series 4 a few months ago, and one of its best features is an Apple-made app called Breathe. For just one minute (or longer, if you choose), the Apple Watch tells you to focus on the image on your wrist and breathe in and out as that image expands and contracts. The Apple Watch also provides haptic feedback, mimicking the feeling of lungs expanding and deflating. This makes it even easier to focus on your breath. Whenever I activate the Breathe app on the Apple Watch, I feel way more relaxed by the time I'm done. Having the visual cue on the screen and the physical feedback on my wrist is significantly more helpful in helping me focus on breathing. And what's nice about the Breathe app is that you don't need to be stressed out to use it — doing it a handful of times each day is a great way to improve your focus and concentration, as well as your mental (and even physical) health. Of course, the Apple Watch is more than just the Breathe app. Its other great feedback tools include the ability to track my heart rate and physical exercise throughout the day. If I'm not standing enough or moving enough, the Apple Watch will tell me and encourage me to take a brisk walk or exercise — which helps with stress too. 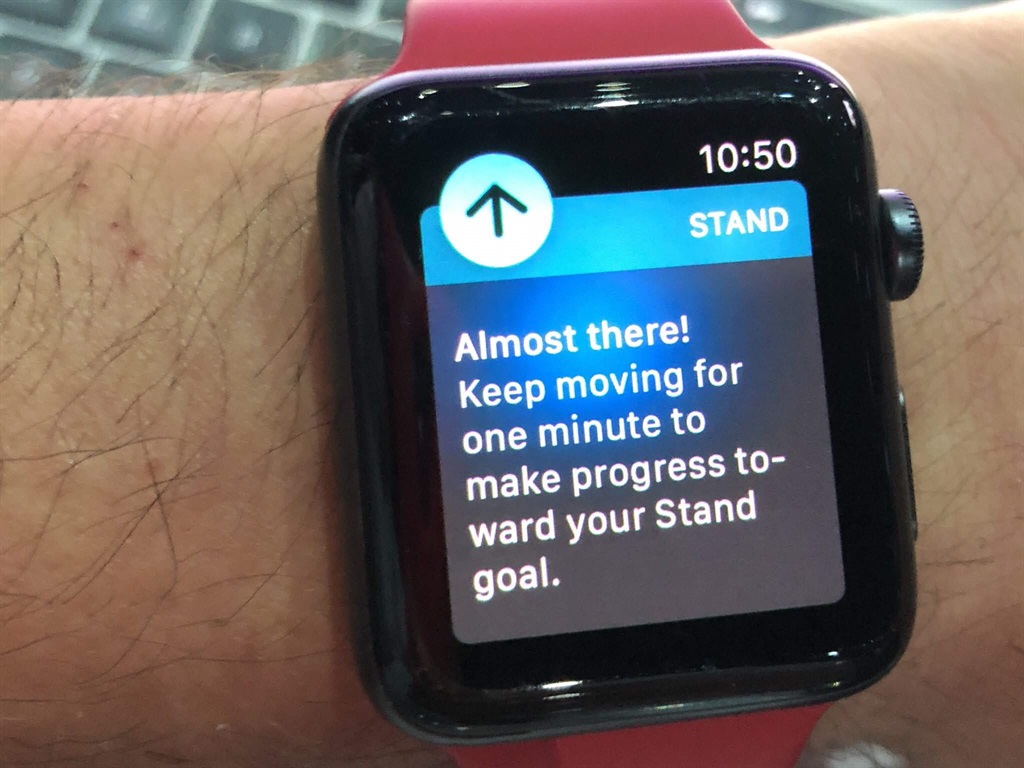 The Apple Watch Series 4 has all the standard features you'd expect from a smartwatch, like showing the time and weather and notifications on your wrist, but its focus on health is where it shines. The Breathe app in particular isn't just a clever use of the Watch hardware — it's a gesture of kindness, and one I truly appreciate as someone who's grappled with anxiety. If you have trouble dealing with stress, I'd recommend giving the Apple Watch a try.