The company provided a first glimpse at the content we can expect to see on Apple TV Plus during the event, which features some of the biggest creative professionals in television and film. Celebrities such as Oprah, Reese Witherspoon, Steven Spielberg, and Kumail Nanjiani among others took the stage to share details about the series they're planning for Apple's new subscription platform, which range from anthology series to documentaries and dramas.

The event answered many questions about Apple's long-rumored approach to the TV streaming market, but there are many details we have yet to hear about.

How much will it cost? Apple has not yet announced how much Apple TV Plus will cost, but it's likely to cost substantially less than Netflix, according to estimates made by a team of analysts at Jefferies led by Timothy O'Shea in a note published on March 25. Netflix's standard plan, which lets subscribers watch content on two screens simultaneously, is priced at $12.99, while Hulu's ad-free subscription costs $11.99.

When will it be released? 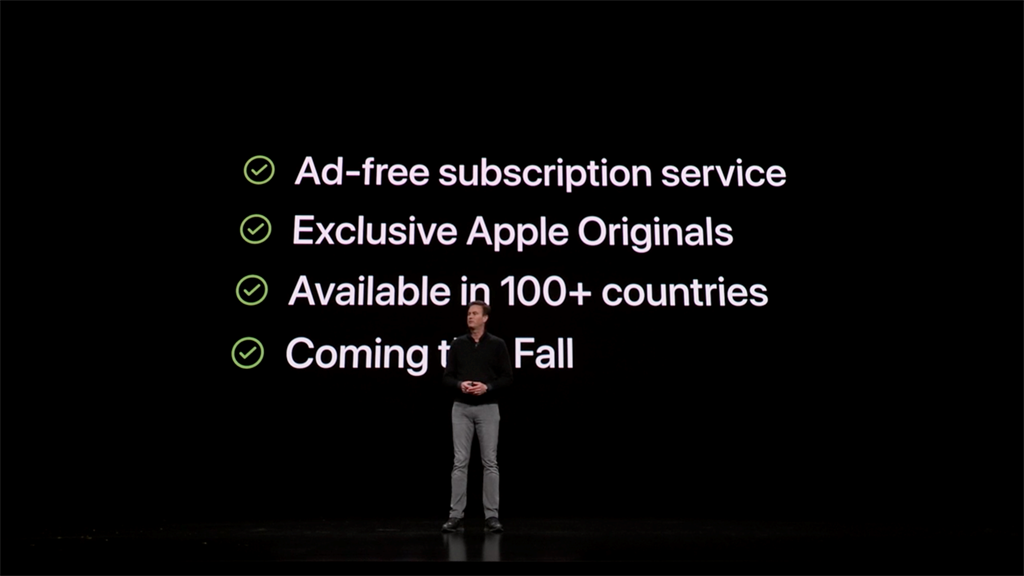 Apple also hasn't said when the service will launch, but it has said that details around pricing and availability will be announced later in the fall. That could mean the company will wait until September when it typically unveils its new iPhones to share those details. However, Apple also sometimes holds events in October as well, so it's possible that we'll hear more about Apple TV Plus then. Apple invited a host of A-list Hollywood celebrities to unveil their projects on stage on Monday. Jennifer Aniston, Reese Witherspoon, and Steve Carell discussed their upcoming series "Morning Show," for example, which focuses on what happens behind-the-scenes on a morning network news show. Kumail Nanjiani also showed up to debut his anthology series about immigrants living in the United States called "Little America."

But Apple hasn't said exactly how many of these series will be available when the service launches, or which ones will be ready at launch.

Will we get to see full trailers for any of these shows before launch?

Apple's event provided a preview of the company's first original series, but we haven't yet seen full trailers for any of the shows mentioned. Celebrities shared the synopses for the projects they're working on, and Apple played a sizzle reel showing clips from multiple series. But the company hasn't shown a more an in-depth look at any these shows just yet.

Apple is also working with additional talent beyond the celebrities that appeared on stage, like Ben Stiller, Brie Larson, Rashida Jones, and Aaron Paul. We have yet to see an announcement about what those projects will entail.

Will Apple make an entire series available at once or will episodes be released weekly? Will Apple's service indulge binge watchers as Netflix does or will it make viewers wait for new episodes each week like HBO? That's a question we don't know the answer to just yet.