Apple is once again the most valuable company in the world

Apple has retaken the crown.

Apple surpassed Microsoft as the world's most valuable publicly traded company at the close of trading on Wednesday after a hot streak stemming from better-than-expected earnings last week.

It's the first time Apple has closed as the most valuable company since December 3, according to Bloomberg data. Before that, the last time that Microsoft was more valuable than Apple was in 2010.

Although Apple had been whacked on fears of slowing Chinese demand, potential tariffs, a revenue warning, and slow iPhone demand, it's been up 12% since its most recent earnings, where the company said that every other product line aside from the iPhone showed strong growth.

Here's what Apple has done over the past month: 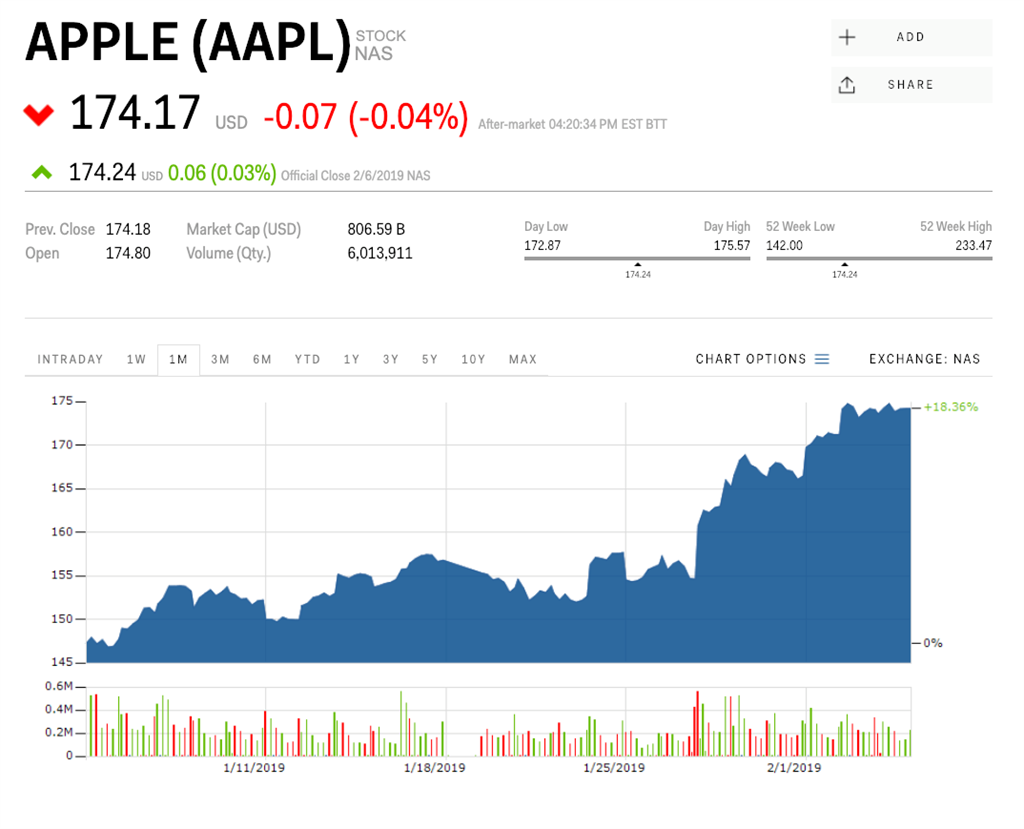