Apple just unveiled a R90,000 computer that looks like a giant cheese grater. Here's everything we know so far about the highly anticipated Mac Pro. The new Mac Pro starts at a cool R90,000. It's a total redesign from the previous "trashcan" model that Apple power-users have been working with since June 2013, and this time, it's focused on modular design above all else. The massive handles on the top of the computer lift out of the body and spin, which enables owners to outright lift the entire outer case away - thus exposing the computer's expensive, powerful innards.

In fact, the Mac Pro's unusual design caused Apple fans to immediately point out that it looks more like a cheese grater than a computer.

Either way, it's a major update to a computer that Apple power-users swear by, and it's scheduled to arrive this fall.

Here's everything we know so far about Apple's new Mac Pro:

The previous model of Mac Pro looked like a small, futuristic trashcan, or maybe more like a jet turbine turned on its side?

Either way, it looked way different from this new iteration.

The new Mac Pro looks more like a classic desktop computer, albeit with a stainless steel frame protruding from the top and bottom.

Its case is essentially a large, removable cover - by lifting the top handles up and twisting them, the entire case is removable in one fell swoop.

2. The new Mac Pro is modular, meaning that its internals are easily swapped out for new, different hardware.

The design of the Mac Pro is intentionally built around utility.

"The space frame provides 360-degree access to the interior, as well as multiple mounting points for a variety of different components," Apple chief design officer Jony Ive said of the Mac Pro in the video introducing it.

Moreover, the logic board (read: motherboard) is extremely customisable - you can scale up or down on RAM, processing, storage, and everything else.

3. The new Mac Pro's specs are intended for professional work, not casual web-browsing. As if the "Pro" naming convention weren't direct enough, Apple chief design officer Jony Ive drives the point home in the introductory video: "We have created a new, high-performance Mac for our professional users," Ive said. "It's designed and engineered to enable a wide range of uses, and virtually unlimited possibilities for customization."

In one example, the Mac Pro is seen as the driving force in a music production setting. In another, it's used for pro-quality video-editing.

In short, Apple's R90,000 computer wasn't built for casual computing - it's intended for use in professional production settings, like music studios and film editing suites.

4. It's got some beefy internals at the starting price, and can be scaled-up to the extreme. The package right out of the box is pretty powerful: An eight-core Intel Xeon processor, 32 GB of RAM, an AMD Radeon 580X graphics card, and a 256 GB SSD.

Those internals can be scaled up dramatically, to a 28-core CPU, 1.4 terabytes (1,400 GB) of RAM, two GPUs, and four terabytes of storage.

Given that the base-level Mac Pro starts at R90,000, we expect the maxed-out version to cost substantially more - but Apple isn't saying how much just yet.

5. A new Mac Pro display is also scheduled to arrive this fall, and it costs R75,000 unto itself.

Admittedly, it's a very capable display. Here are the specs, straight from those horse's mouth: The stand above costs R15,000 by itself. Without the stand, the R75,000 Mac Pro display that Apple is selling does not stand up on its own.

Which is all to say one thing: The Mac Pro Display XDR actually costs R90,000, because the display requires a stand for use.

Additionally, a magnetic mounting kit is being sold for R3,000 (the so-called "VESA Mount Adapter").

7. You can get the Mac Pro with wheels, so it can be outright rolled around wherever you need it to go. 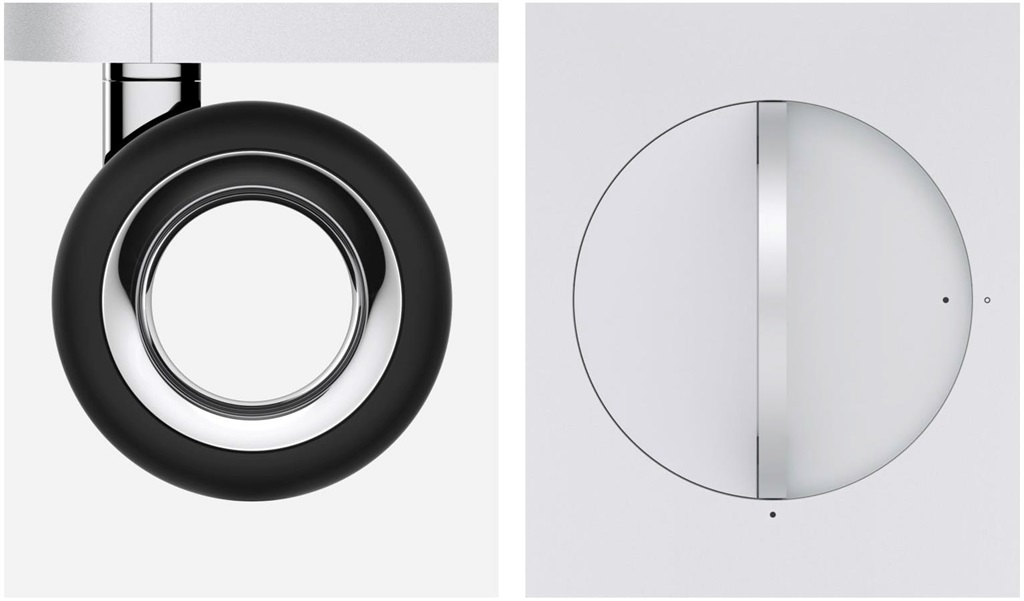 That's right: You can get wheels put on the bottom of the new Mac Pro, thus enabling the whole thing to be rolled around.

It's another nod to the utilitarian focus of the Mac Pro, right alongside the easily unlocked body (using the knob seen above, on the right).

Apple says the Mac Pro will go on sale later this year, so we'll learn more details about it then, including the precise South African prices.

Check out the full unveiling of the new Mac Pro right here: