Apple launches new laptops that run on its own chips - it's a gamble, but the payoff could be huge 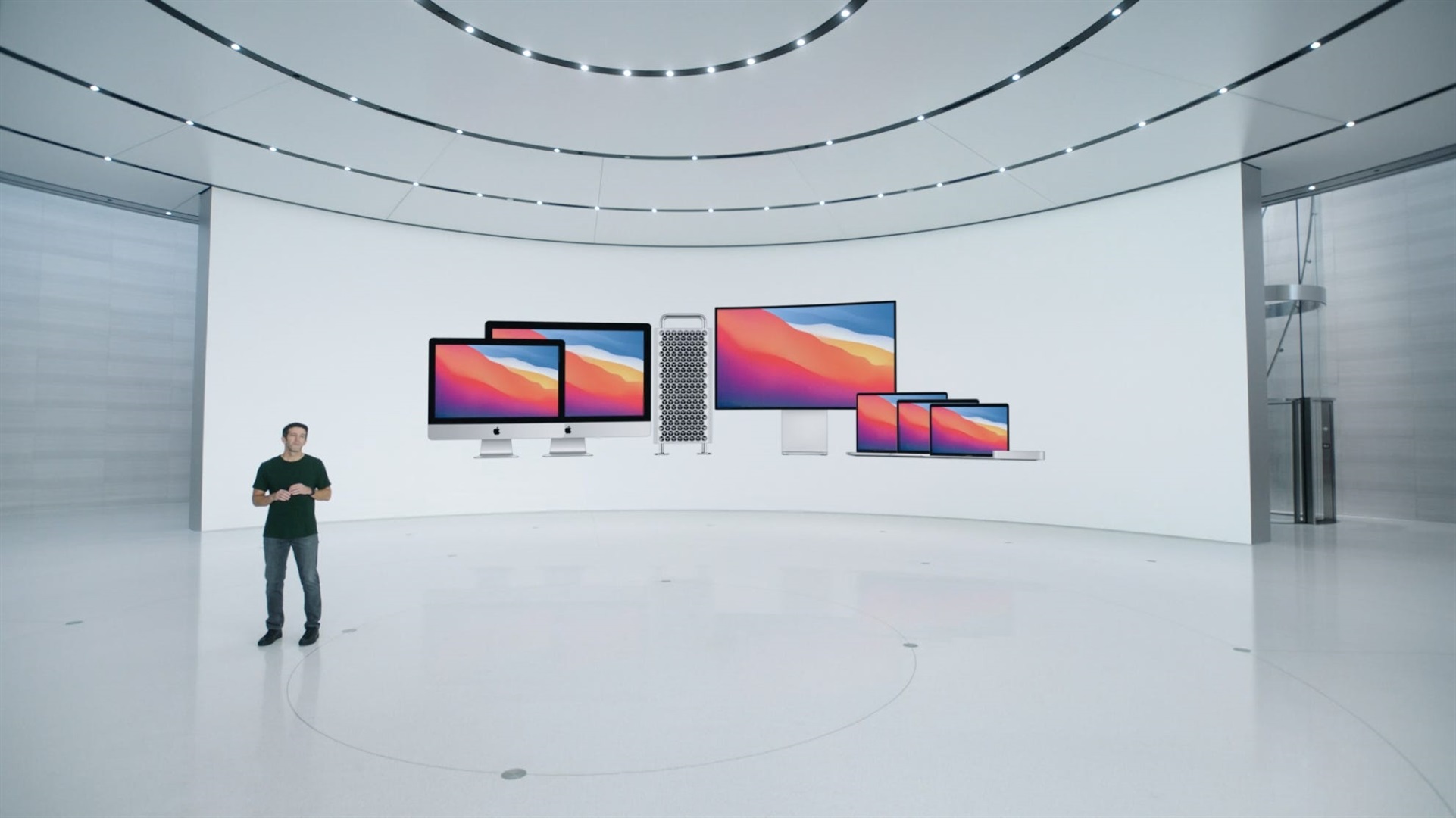 Apple laid out its vision for the future of computing on Tuesday with the introduction of the M1, its first Mac chip designed in-house, and the new devices it will power: new version of the MacBook Air, 13-inch MacBook Pro, and Mac Mini. The new MacBook Air will have improved performance and better battery life than is predecessor, a higher-quality camera, Touch ID, and more vibrant display. Apple says the MacBook Air will not have a fan, meaning it's completely silent. Starting at $699 in the US, the new Mac Mini is $100 less expensive than the previous model. Despite the lower price tag, Apple says the new version of the Mac Mini will be more powerful than ever before with the new M1 chip.

The shift to the new M1 chip allows Apple to break away from Intel and exercise more freedom over the design, development, and launch cycle of its Mac computers. With its own chips, Apple can finally bring the "secret sauce" long since incorporated into the iPhone — homemade chips that allow it to fine-tune performance and features — to the Mac.

But it's also a major gamble. Apple isn't the first tech giant to release laptops with chips based on the Arm standard, the same basic architecture as those found in mobile devices. But Apple is taking a decidedly different approach in the doing.

Arm-based Windows PCs, like Microsoft's own Surface Pro X, boast long battery life and lightweight designs, but often fall short of their more traditional Intel-based brethren when it comes to the raw computing power necessary to do real work.

Apple claims that the new devices running on its M1 chip are the best of all possible worlds: The new MacBook Air doesn't have any fans at all, promising to be the quietest MacBook yet, while the updated MacBook Pro is said to show big gains in battery life over the last model. Even with all of that, Apple says that the M1 chip gives these machines, including that new Mac Mini, better performance than its own Intel-based line or most Windows PCs.

If Apple is correct, then it points to an exciting future for the whole Mac lineup. But if these machines, and the chip that powers them, fall short of expectations, the future of Apple's computer business is at risk.

Windows has already been moving this direction

In recent years, tech companies like Lenovo, Microsoft, and Samsung have introduced laptops powered by chips that use the Arm architecture: a chip design licensed from the British company of the same name. Known for their balance of energy efficiency and processing power, Arm chips are best known for their role in the smartphone revolution, but can more recently be found in everything from drones to data centers.

In laptops, those processors have helped Windows devices like Samsung's Galaxy Book S, Lenovo's Yoga 5G, and Microsoft's Surface Pro X offer ultra-thin devices that are intended to bring the convenience of a phone or tablet together with the versatility of a more traditional laptop. In fact, all three of those devices offer cellular connectivity, and Microsoft's and Lenovo's do double duty as a full-fledged Windows 10-based tablet.

Still, the history of Windows on Arm is rocky:  Microsoft launched an Arm-powered Surface tablet back in 2012 powered by a specially-designed Windows RT operating system, based on Windows 8. That device, and Windows RT itself, were flops largely because of issues with app compatibility and performance. Most Windows apps were built for Intel processors; Windows RT couldn't run all of them, and even when it could, they rarely ran as well.

No doubt, things have certainly improved on that front. Microsoft has invested in the technology necessary to run most Intel-based apps on an Arm-based Windows machine, making them a much more reasonable proposition.

But it's also worth flagging the Verge's review of this year's Surface Pro X refresh, which praised Microsoft's app compatibility work and the design of the hardware, but also flagged some headaches arising from the fact that it's not based on Intel.

Apple's M1 chips are based on the Arm architecture, just like those found in Windows PCs. That, however, is where the similarities largely end. The M1 was custom-designed by Apple itself, based on a decade of work in building its own, highly-acclaimed iPhone and iPad processors. Those processors are a big part of Apple's smartphone success.

That may be why Apple is so confident in declaring the M1 the future of the Mac, full-stop. Where the Windows PC industry is still exploring the possibilities of using Arm rather than Intel's x86 processor architecture, Apple says that it hopes to have the Mac line entirely on its own chips within two years, starting with the devices announced on Tuesday.

That's an important distinction, because it means that it's banking that M1-powered Macs will be as good or better than their Intel-based predecessors for video editing, photo processing, music creation, coding, or any other computing-heavy creative tasks. In fact, Apple's presentation showcased the potential for these new Macs to do all of those things.

By comparison, it would be hard to recommend an Arm-based Windows 10 PC for anything other than light web browsing, document editing, or Netflix.

The payoff for Apple could be huge

The decision to move away from Intel is a dramatic one, but it could pay off.

Without relying on Intel and its release schedule, Apple gets the flexibility to design updated processors alongside the Macs that they will go on to power. That, in turn, means that Apple can offer new features in the Mac that might not have been possible before.

For example, on Tuesday, Apple showcased how quickly an M1-powered Mac can wake from sleep, similarly to an iPhone. Macs can also benefit from Apple's image signal processor, used to make camera images crisper and cleaner on the iPhone. In fact, M1-based Macs can actually run iPhone and iPad apps, thanks to the similarity of the chips.

There are still lingering questions over how well the devices actually live up to Apple's lofty promises, and we may not get answers until the devices officially start shipping next week. For starters, it will be interesting to see how well older Mac apps run on the new silicon, especially in light of Windows' difficulties there.

After all, Apple's initial rollout of Catalyst, it's programme for enabling developers to port iPad apps over to the Mac encountered some road bumps in its early days, as Bloomberg previously reported.

Still, the commitment to bring its new M1 chip to powerful computers like the MacBook Pro suggests Apple is confident it will work — and that it views this risk as being a necessary one for the Mac's future.