Several months ago, one of my worst tech fears was realised: I cracked my iPhone screen.

In three years of owning iPhones, I've never cracked my screen or significantly damaged my phone in any way. So when my iPhone 6s broke my fall on the subway steps recently — an embarrassing and slightly painful way to crack my screen — I was bummed to say the least.

As I contemplated the future of my phone (to repair or not to repair?) I figured it was as good a time as any to test out the iPhone 8 Plus.

I ended up using the phone for about a week, swapping in my own SIM card and using the phone as my full-time device. When the week was up and it was time to switch back to my own phone, I figured I'd feel a bit sad giving up a gorgeous, flawless device and going back to my older, damaged one. Instead, I felt the opposite.

The iPhone 8 Plus is still just too big for me. The 8 Plus was a big change for a lot of reasons, the main one being the size of it compared to my standard-sized 6s.

The phone felt gigantic to me. I couldn't get used to the size, even after several days of using it. I felt myself having to change almost every habit I had to accommodate the huge phone, and constantly felt nervous I was going to drop it. I have relatively small hands, and I had a lot of trouble using the device, even with Apple's Reachability feature that lets you better reach content towards the top of the screen by double-tapping the home button.

I can't live without a headphone jack (yet). Apple removed the headphone jack from its phones a while back, and I'm still not used to it. I understand why they did it — it's where technology is headed, and I'm OK with that. My qualm is that it still feels premature.

There were countless moments when I forgot I didn't have a headphone jack on the 8 Plus. When travelling home for Thanksgiving, I brought along my on-ear Sony headphones to use on the plane, since they're the best, comfiest headphones I have — and of course, they couldn't plug into the phone.

When trying to make a phone call, I grabbed the Apple EarPods that came with my 6S only to remember I couldn't use those, either.

I know what you're thinking: Bluetooth headphones are the solution here. That's not the issue; I love Bluetooth headphones. I have a pair of Powerbeats, which are great for working out and listening to music, but they sound terrible when using them to make phone calls, so they can't be my full-time headphones.

For now, I prefer having a headphone jack too much to let go of my 6S.

The iPhone 8 Plus is too heavy. The iPhone 8 Plus has a glass back, which makes it heavier than its predecessors — it weighs 7.12 ounces (just over 200 gram).

That doesn't sound like a lot, but compared to the iPhone 6s, it feels like a brick. The 6s, with its aluminium body, weighs only 5.04 ounces (a touch over 171 gram). When I eventually switched back to the 6s, I laughed out loud at how light it felt in comparison. I never thought the weight of a phone would bother me, but I now realise I prefer a more lightweight device to something heavier like the iPhone 8 Plus.

I didn't use the iPhone 8's Portrait Mode as much as I expected. One of the main upgrades in the iPhone 8 Plus is the addition of Portrait Mode and portrait lighting. I was excited to try both features and expected to use them quite a bit during the week I had the phone, particularly because I was travelling to Arizona for the first time. But during the course of the week, I didn't use the features as much as I was anticipating. What I had previously seen as main reasons to upgrade the phone became perks, not necessities.

Portrait lighting just ended up looking unnatural to me. The above left photo is my best attempt, and I still don't like it very much or think it looks realistic. Portrait Mode, on the other hand, is legitimately great and produces beautiful images — like the above right photo, if I do say so myself — but you can take similar close-ups without using Portrait Mode.

While both camera features are nice to have, they're not yet must-haves by any means. Apple changed the iPhone's home button in 2016 with the iPhone 7, and continued this new design in the iPhone 8. Rather than have a button that physically pushes in, the home buttons on the iPhone 7 and 8 are touch sensitive and respond with haptic feedback.

While that home button isn't bad — and having any home button is preferable to nothing at all, in my opinion — I still prefer the button on the iPhone 6s. Being able to press it in is more satisfying and simply easier for me to use.

Granted, I'm a late adopter. When Blackberry switched from the trackball to that tiny touchpad, I resisted then, too. I'm sure I'll get used to change over time, but for now, I like the home button on the 6s.

In the end, I still prefer my iPhone 6s. 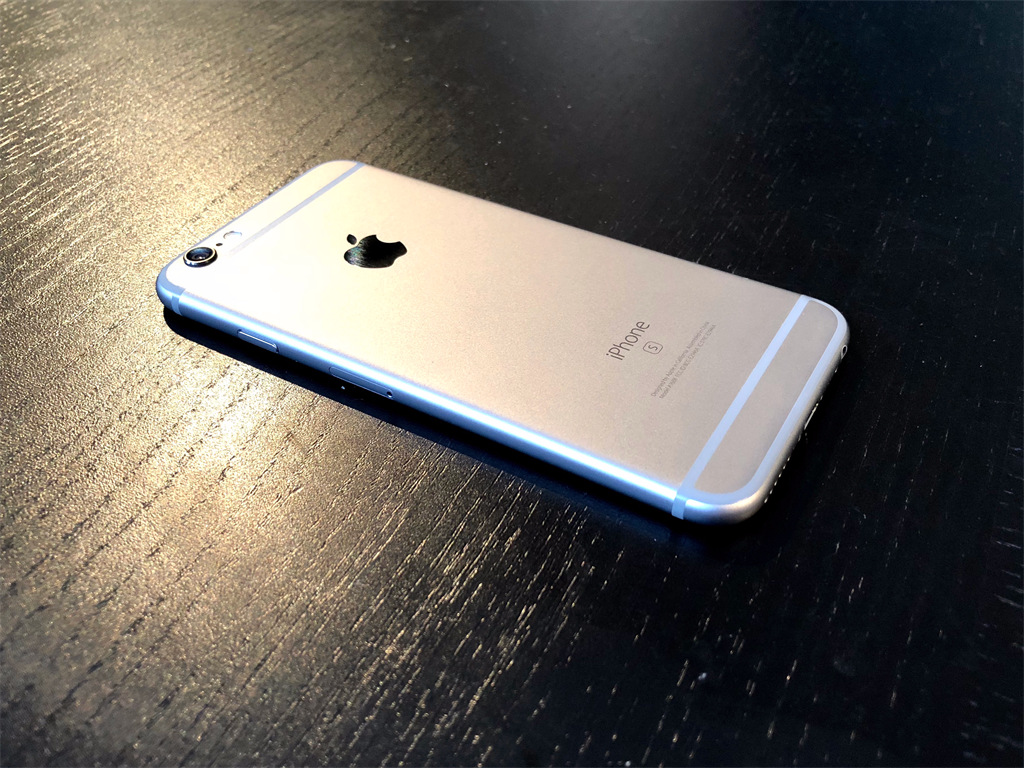 When I switched back to my iPhone 6s, I felt an overwhelming sense of relief.

It's not the latest and greatest phone on the market — it's actually three versions old at this point. But my 6s checks all the boxes that are important to me right now: size, weight, design, and utility.

I wasn't sure what I was going to do after my screen shattered, but using the iPhone 8 Plus made me realise I'd rather put the money in to repair the screen than spring for one of the latest phones. The iPhone 8 Plus is a fantastic phone — it's just not the phone for me.