The 15 biggest ways your iPhone will change in iOS 12

iOS 12 is the most recent operating system for Apple's iPhones and iPads. It's not a radical change from iOS 11, but it introduces a bunch of new features that could change the way you use your iPhone.

iOS 12 will be released to most people in September, but if you're willing to take a risk on pre-release software, you can download it now.

1. Older iPhones are getting a speed boost. Apple
iOS 12 makes older phones like the iPhone 6+ much faster: 40% faster app launches, 50% faster keyboard opening, and a 70% improvement in opening the camera, according to Apple.

2. You can turn your face into an animated cartoon called Memoji. 3. Now notifications from the same apps will be stacked on your lock screen. Notifications are now grouped together by app and topic. Swiping will dismiss multiple notifications at the same time, and you can easily change your notification settings from the tray. More info available here.

4. Siri is much smarter, and now you can customise it so it does a series of actions when you ask it to do one thing, like "Hey Siri, get ready for bed." While it wasn't possible before, CarPlay's software now supports Google Maps and Waze.

6. A suite of new tools called Screen Time helps you use your phone responsibly and possibly cut down on your usage. Screen Time's tools let you set time limits for social media apps, see a tally of how you're spending your time on your phone, and schedule some screen downtime.

7. FaceTime now supports group chats with up to 32 people. 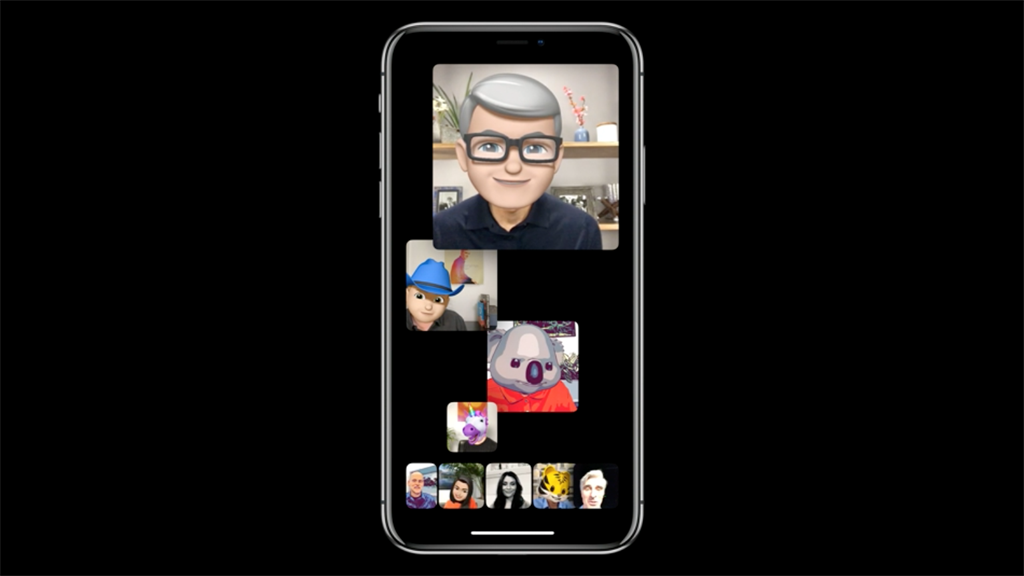 That's a lot of people, but Apple makes it easy to keep track of the conversation by making the video tile of whoever is talking bigger.

These are still exclusive to the iPhone X, as Animoji require Apple's face-scanning tech.

9. The messages app is becoming a lot more like Snapchat, with the ability to add filters, stickers, and other fun goodies to your iMessages and texts. Your old purchases will still show up, but the app's design got an overhaul.

11. Do Not Disturb at Bedtime shuts down most notifications at night, so that when you check the time or pick up a call at night, you're not bombarded with a series of emails and other important notifications. 12. Apple photos is getting better, with search suggestions for people, places, and activities. 13. For iPhone X users, there's now a shortcut to get your phone to try Face ID again if it failed the first time. Just swipe down. No more having to put your phone to sleep and waking it up again to get Face ID to fire its sensors again.

14. And closing an app is as easy as swiping up.

15. Finally, you can add a second faceprint to one phone, allowing two people to unlock it. This could be useful for your kids, or your partner.

This is somewhat of an unofficial hack, but you should try it out if you've wanted to add a second person to your iPhone X.