Apiwe Nxusani-Mawela, 35, is brewing up a storm with her world class African inspired beers that use local ingredients like rooibos and sorghum.

is standing out not only as one of South Africa's first black female brewsters, but is also holding her own in an industry dominated by men with her bold plan to create a truly South African style of beer.

“It was a continuation of a passion that’s been with me for a while. Using uniquely African ingredients and creating our own African style. It’s something that we need to have [in the South African craft brewing industry], to grow our own identity as brewers on the continent,” said Nxusani-Mawela. Her secret to success has been using locally sourced hops and other ingredients to make her Tolokazi Craft Beer and Cider brand – named after the women that brew traditional African beer, known as umqombothi, where Nxusani-Mawela grew up in the small town of Butterworth, in the Eastern Cape.

“I feel we must be true to who we are and not just copy what other countries do. We want people to come to South Africa and say they came and had the best most unique beer ever,” she said.

“We need to start making uniquely African beers,” she says. “My dream is to see beers that are using African ingredients being recognised on the global brewing stage. What I would really like to see is visitors coming to South Africa and tasting beers that they have never had in their life before, and that they couldn’t taste anywhere else in the world.” 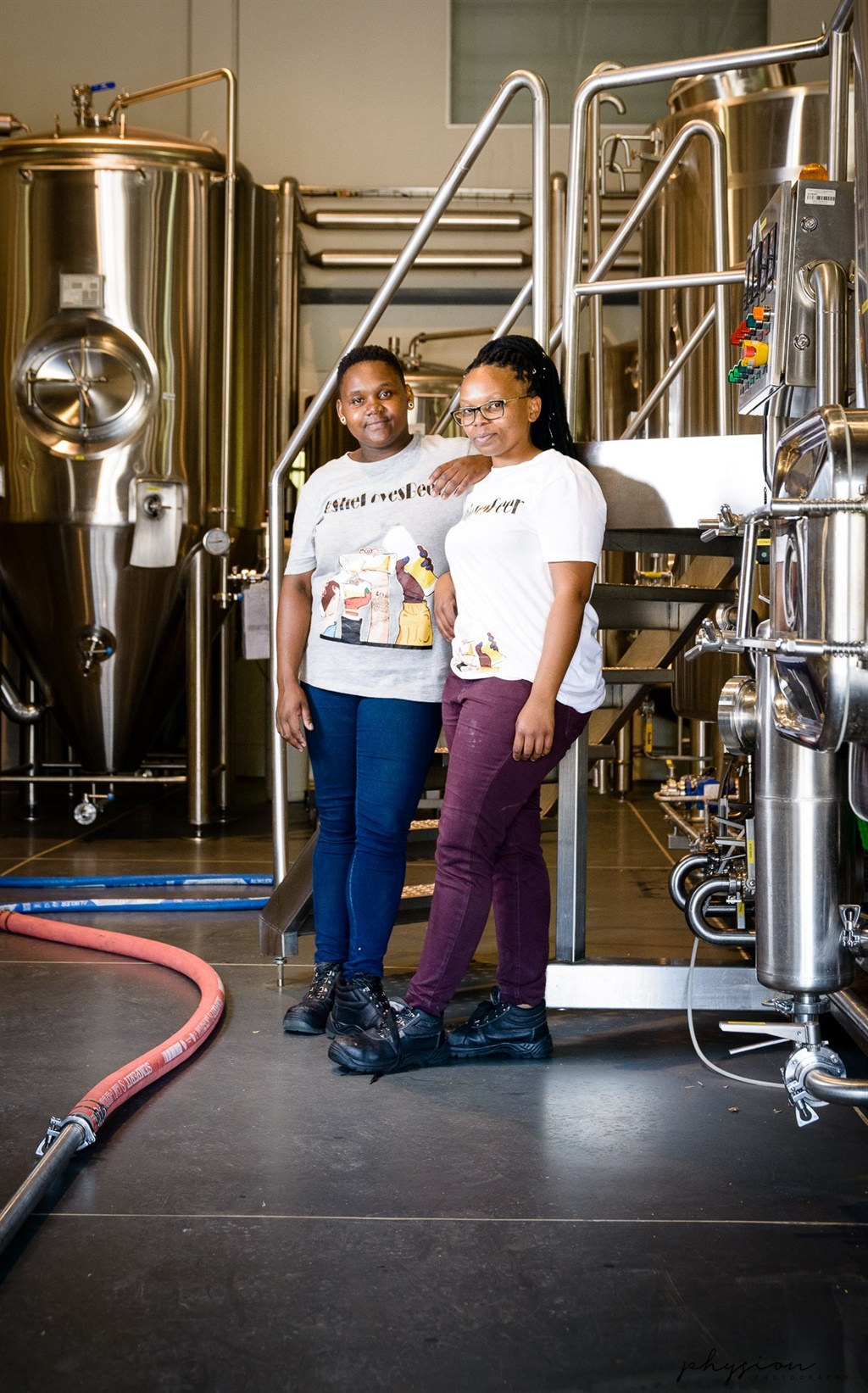 According to beer blogger and travel writer Lucy Corne, who runs South African craft beer blog Brewmistress, one of Nxusani-Mawela’s standout drinks is an umqombothi-inspired Pilsner which uses 10% sorghum.

“The standout of the range is her sorghum pilsner. It’s a very gentle beer and it’s got that nice little quirk to it in that it uses sorghum, a grain used in traditional African brewing. It’s very well brewed and refreshingly perfect for the South African summer,” Corne told Business Insider South Africa.

With a bright gold glow and a slight haze thanks to the sorghum, Corne says the Pilsners has a sweet initial taste that ends with a crisp bitterness that would leave you guzzling them by the case alongside your Summer braai.

“[Nxusani Mawela has] been a great inspiration, especially to a lot of young black women. She’s been incredibly successful with her brand and has especially been getting a lot of attention in Europe and positive press,” said Crone.

Nxusani-Mawela holds a BSc Honours in Microbiology from the University of Pretoria and has a Master Brewer qualification from the Institute of Brewing and Distilling. She spent 8 years working at SABMiller perfecting her craft and love for brewing using indigenous ingredients before joining the Kyalami based microbrewer Brewhogs. She then took all her experience and launched her own company Brewsters Craft, making her the first black woman to found a microbrewery in South Africa.

Based out of Roodepoort, the company has capacity to make 1,000 litres of beer and does contract manufacturing for 12 brands. In 2019, Nxusani-Mawela added her own Tolokazi to the mix. The company employs eight staff of which 7 are proud female trailblazers in the craft beer industry, one of which is Yamkela Mbakaza the Head Brewer at Brewsters Craft.

“Brewsters Craft’s aim was to celebrate women in the beer industry, focusing on training and consulting,” said Nxusani-Mawela.

Much of what has made Nxusani-Mawela successful has been experimenting with local African flavours.

One of her latest ventures, a pineapple cider, was inspired thanks to the Covid-19 lockdown, when people started making their own beers at home using pineapples.

“We get a lot of people that compare their own home-made pineapple cider to their beers they made during lockdown. It opens up lots of interesting conversions,” said Nxusani-Mawela.

Another beer Nxusani-Mawela has had a hand in making is the first commercial Umqombothi and clear beer blend made in South Africa. Called Wild Africa Soul, it is made from real umqombothi in Johannesburg before being flown down to Cape Town’s Soul Barrel Brewing Company, run by brewer Nick Smith who refined and processed it, mixing it with his own craft beer.

According to Corne, more and more craft brewers are starting to experiment with indigenous flavours in much the same way that the South African gin industry did – much to the delight of locals and travelling tourists looking for something unique.

“For a long time, South Africans brew masters were trying to create German beer styles or English beers, or American style beers or Belgium, all the classic styles from countries that have a long beer history,” said Corne.

“In the past three or four years, we’ve seen South African craft brewers trying to create their own beer identity which is very cool for the craft beer industry. But like the craft gin industry, Brewers are trying typical South African ingredients. For me personally haven’t tasted a rooibos infused beer that I like.”

Tolokazi beers can be purchased on Takealot.com.

Brewsters Craft is a recent winner in an entrepreneurship competition organised by TV channel VIA (DStv channel 147). Six small to medium-sized businesses each won marketing airtime and a TV commercial – worth more than R3 million in total.

Related Links
A young Joburg entrepreneur launched a successful paint brand - inspired by his mom
An Eastern Cape woman used R2,000 to start restoring vintage cars – now she owns 20
That’s a wrap for ‘Business Unusual’: Chivas Regal injects R240k into the entrepreneurial economy
Next on Business Insider
Mar-a-Lago raid: What we know so far about the search of former President Donald Trump's home and resort