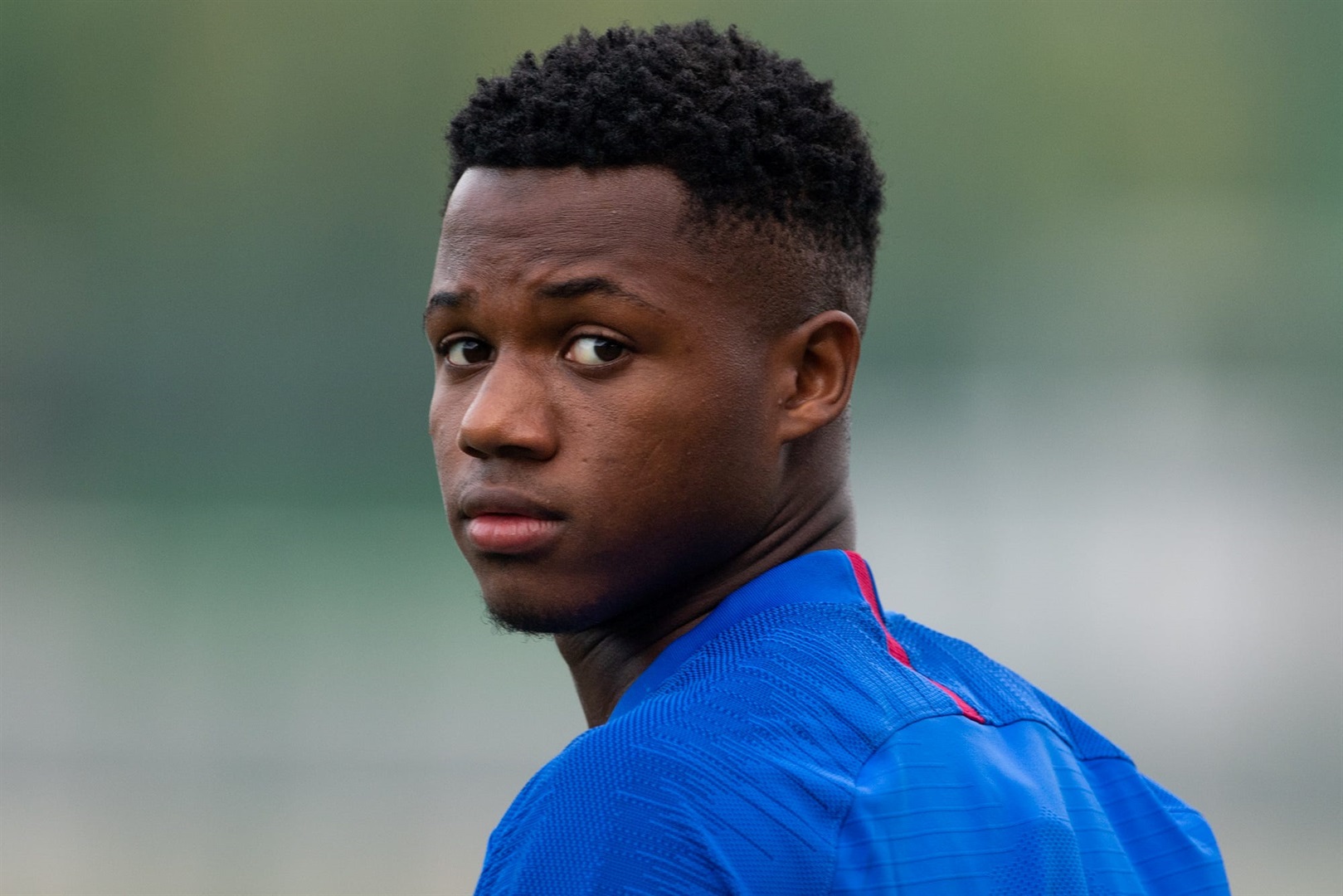 Ansu Fati, probably the world's most exciting teenage soccer star, has been compared to a "black street vendor" who runs away from police by the Spanish press.

FC Barcelona forward Fati, 17, scored his fourth goal of the season on Tuesday night as Ronald Koeman's side romped to a 5-1 win over Hungarian side Ferencvaros in the Champions League.

"Ansu when running has something similar to a gazelle, he looks like a young and black street seller, the one you could see running in the Paseo de Gracia shouting 'water, water' when the policemen arrive," wrote ABC's Salvador Sostres in his match report.

Sostres added: "Now it doesn't happen anymore because of Ada Colau [Mayor of Barcelona], the delinquents are the policemen and not the street sellers, who don't need to run away quickly anymore."

The Paseo de Gracia is a high-end shopping street in central Barcelona.

"Ansu is an exceptional boy who deserves respect like any human being," Griezmann, who in 2017 wore blackface for a fancy dress party, tweeted. "No to racism and no to rudeness."

On Thursday, Sostre amended his article and included an apology.

"In my desire to praise the beauty of Ansu's movements, and his class as a very young player, some expressions were taken as a racist contempt," Sostres said.

"Nothing is further from my intention, nor from my opinion, very favorable to the player as I have expressed in all my reports since he debuted. I am deeply sorry for the misunderstanding and I apologize to anyone who may have been offended."

Barcelona is to sue Sostres and ABC over the remarks, reports Joe.

Cristiano Ronaldo's legal battle over a $375,000 settlement he made with a woman who accused him of rape is heading to a trial