- He was the victim of a plot within the ANC and "three intelligence organisations" to remove him.

- There was a plot to assassinate him in Durban with overseas killers.

- Ngoako Ramatlhodi, the former minister of mineral resources Zuma fired and replaced with Mosebenzi Zwane, was an apartheid spy recruited in Lesotho. (Ramatlhodi, in response, challenged Zuma to a lie detector test.)

- He has a list of names of presumably ANC leaders who worked as apartheid and American spies.

- The current minister of transport Fikile Mbalula told him that Richemont chair Johann Rupert threatened to "shut down the country" if he fires Pravin Gordhan as finance minister.

EXPLAINED: What you need to know about Zuma's plots, spies, the Guptas and Johann Rupert

2. President Cyril Ramaphosa has filed an urgent court application against the Public Protector, who earlier said that he was on the verge of triggering a “constitutional crisis” and accusing him of conduct that was “ostensibly contemptuous” of her office as she takes action against Pravin Gordhan. In his court papers, Ramaphosa admonished her for trying to dictate to him and badgering him, the Mail & Guardian reported. The Public Protector Busisiwe Mkhwebane found that Gord­­han took “irregular” action in approving an early pension payout for former Sars deputy commissioner Ivan Pillay.

3. Former Old Mutual CEO Peter Moyo will get his day in court today as he challenges his dismissal.

4. This morning, the technology group EOH announced that the legal firm ENSafrica found evidence of wrongdoing, including tender irregularities in the public sector.

Suspicious transactions of R1.2 billion have been identified. “The exact nature of each of these transactions has not as yet been verified and may relate to legitimate transactions, theft or bribery and corruption payments.” Yesterday, three execs at EOH resigned - no reasons were given.

5. This morning, the rand is sitting pretty at R13.89/$ as investors gain confidence that the Fed will cut rates next week. Meanwhile, China's economy has slowed to its lowest growth rate in 30 years. Most of the decline came from weakening exports, due to the additional US tariffs places upon Chinese goods. GDP grew at 6.2% year on year – which was in line with market expectations.

5 animals that could survive the apocalypse

Humans have always been preoccupied with thoughts of the end of the world, from the biblical rapture to Y2K to the Mayan calendar ending in 2012.

But the truth of the matter is, any number of natural disasters could take us all out, from nuclear warfare to an asteroid hitting the planet. When that happens, we might not make it out alive, but that doesn't mean life on earth will cease to exist.

These five living things, from fish to insects, will most likely ride out the apocalypse scot-free. Maybe we should learn some tips.

Tardigrades, aka water bears, have been called "the most indestructible animal on earth." They grow to be barely more than a millimetre. National Geographic bestowed the title upon these little guys. According to them, tardigrades are expected to avoid extinction for the next six billion years, until the sun blows up and becomes a red giant.

They'd be safe from asteroids, since they can live at "volcanic vents at the bottom of the ocean." Tardigrades can also survive without food or water for up to 30 years, aren't affected by temperature extremes or radiation exposure, and can even live in space.

Ants are more than prepared to handle a zombie apocalypse. According to the New York Post, scientists proved that ants are better equipped to figure out if an ant among them has been infected with a pathogen or virus than humans are. Before a disease even has a chance to spread, ants will kill an infected member of their crew.

Ants can also survive in almost any climate, including the Sahara Desert. There's also a species of aquatic ants that lives in the ocean. They've got the hook up on both land and sea.

Mummichog, a type of fish, evolved so they can survive in highly toxic water. Mummichog go by a few different names, like killifish or mud minnows. Recently, it was discovered by National Geographic that some of these fish had adapted enough to survive in rivers that were 8,000 times more toxic than the initial lethal dose. Surviving nuclear pollution? Check.

In general, these fish are extremely adaptable. They can live in both fresh and salt water, and are in total control of their genome. They have the ability to turn genes on and off depending on their environment, according to NewScientist.

Scorpions have been on the planet for hundreds of millions of years, and have shown no signs of slowing down. 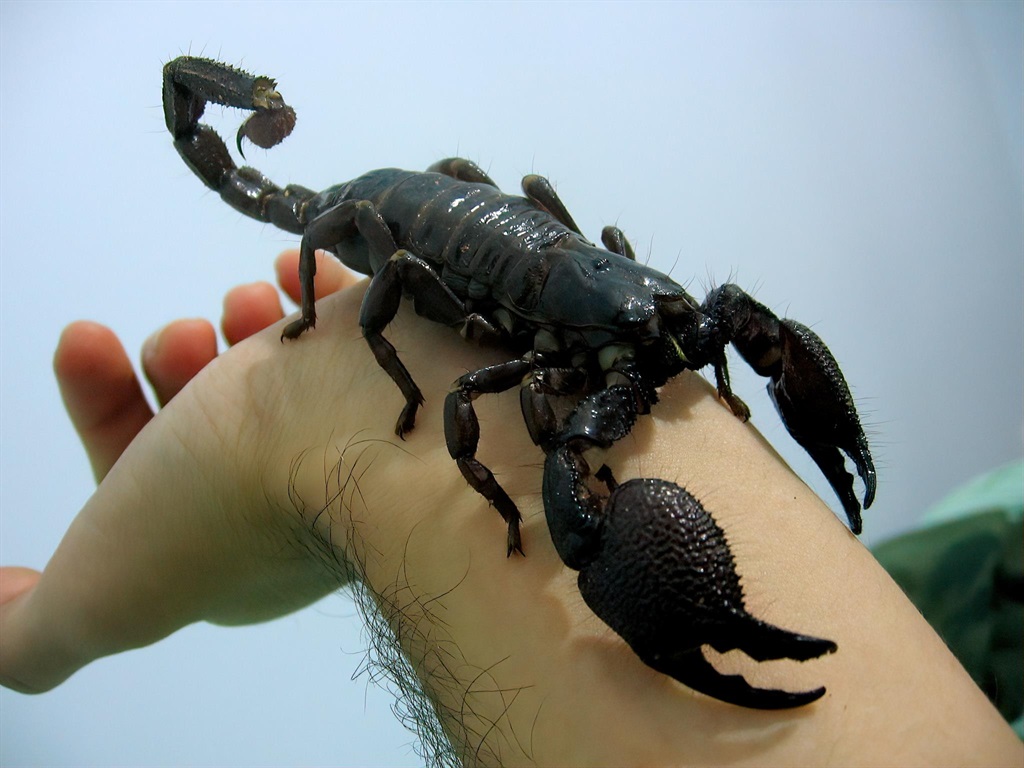 Scorpions are incredibly adaptable. They can survive in deserts, forests, and even mountains. In fact, according to National Geographic, researchers have frozen scorpions overnight only to watch them thaw out and walk away perfectly fine the next morning.

Scorpions can also slow their metabolism rate to the point where they can survive on one insect for an entire year.

Cockroaches are the classic apocalypse-friendly bug.

German cockroaches, it turns out, are inching closer and closer to invincibility, according to Fox News.

"Cockroaches developing resistance to multiple classes of insecticides at once will make controlling these pests almost impossible with chemicals alone," said one scientist. Essentially, they can't be killed with just one type of insecticide.

Besides that, cockroaches can eat anything, even rotten food, have an "expanded family of immunity genes," and can grow to be up to two inches long.

Cockroaches were reportedly seen to be scurrying around the wreckage after the atomic bombs were released in Hiroshima and Nagasaki - the Mythbusters even proved that cockroaches can survive that amount of radiation.