It's hard to believe that scientists are still finding entirely new species in 2018, but a prehistoric marsupial lion, a shark with cartoon eyes, and a wasp with built-in armour are just a few of the creatures that have been discovered right under our noses this year.

From the deep seas to Indonesian trees, 2018's weirdest and most unsettling discoveries might surprise you.

Genie's dogfish, a cartoon-eyed shark, was discovered by Florida scientists in July. Known as Squalus clarkae, it lives in the Gulf of Mexico and Atlantic Ocean. Like others of its kind, it's threatened by commercial fisheries - which often accidentally catch sharks.

Marine scientist Mariah Pfleger said in a statement, "The first step to successfully conserving these species that live in deeper waters, like Genie's dogfish, is finding out what is down there in the first place."

This parasitic wasp comes with its own blade. It was found in January by researchers from Penn State and the Natural History Museum in London. A new species of parasitic wasp comes equipped with a long line of jagged spikes on its back. Scientists from Penn State and London, who discovered the insect in late January, infer that the wasp is the kind that lays its eggs inside a host, and then saws its way out of the carcass with its spiky back blades.

The Tapanuli orangutan, from Indonesia, was named its own species this year. This orangutan was recently distinguished from two other types of orangutans native to the island of Sumatra, in Indonesia. In 2001, the Sumatran and Borneo orangutans were recognised as their own species.

This year, University of Southern California graduate student James Askew realised that Tapanuli males had calls - long and high-pitched - that sounded different than the others. After studying more behavioural patterns, habits, and physicality, a team of researchers concluded that the Tapanuli was its own species, separate from Sumatran and Borneo orangutans.

But with less than 800 great apes left in this region, Tanapulis are the rarest great ape in the world - and critically endangered.

A new tardigrade was discovered on a bit of moss in a Japanese parking lot in February. Japanese researcher Kazuharu Arakawa was scraping moss off his apartment building's parking lot - a frequent activity of his - when, after sampling it, he discovered a new type of tardigrade.

A tardigrade is a "water bear" of sorts. Less than roughly 0.7mm, they have portly bodies and eight little legs - and, they're tremendously adaptable, able to survive in extreme cold and extreme heat.

The most unusual thing about these new ones? They're vegetarians.

Named after Victor Hugo's iconic hunchback character, this crustacean was found near Antarctica. Researchers in Belgium discovered these tiny Antarctic hunchbacks, and named them after Victor Hugo's iconic character.

The family that the Epimeriaquasimodo belongs to is known for its bright colours and amazing, contorted shapes. The SUNY College of Environmental Science and Forestry says that close-up, their texture is "reminiscent of mythological dragons."

Unlike their lobster relatives, these types of amphipods are crustaceans that don't have a shell.

This baffling beetle was discovered living among ants in Costa Rica. These tiny, reddish orange "baffling beetles" don't look like regular beetles. Instead, they look just like the ants they live with.

In fact, they pretend to be ants. Since their spindly bodies are the exact shape, size, and colour of the colony of nomadic ants they live with, the beetles will latch onto the ants, letting them do all the work each time the ants move to a new location.

A hermaphrodite lizardfish was found in an Australian haul of over 40,000 species. 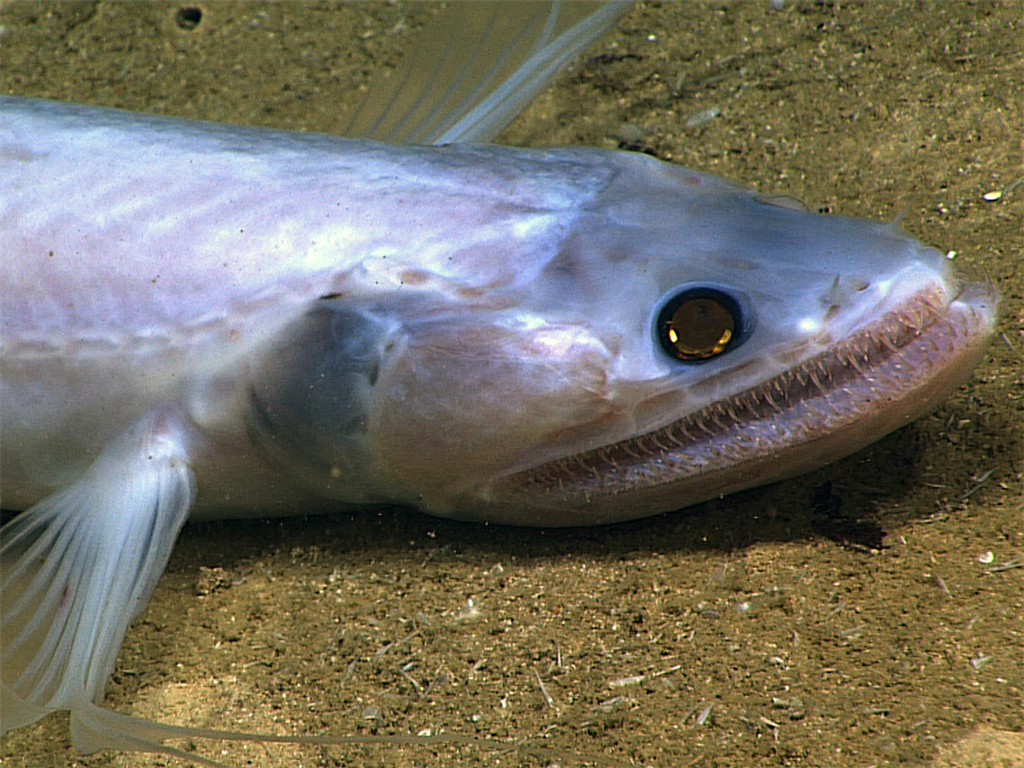 The deep sea can get pretty lonely and dark, so this deep sea lizardfish developed both male and female reproductive organs in order to boost its numbers. Because of this, it can mate with any other of its kind.

It was first collected in a massive haul off the east Australian coast in 2017, and declared a species this year. The ferocious technical name, Bathysaurus ferox, is fitting, as this fish is one of the top predators of its habitat - despite only being around 50cm long. It has a mouth full of sharp teeth, and will eat essentially anything in its path.

Despite its terrifying looks and thanks to being a hermaphrodite, this species isn't going anywhere anytime soon.

A beetle that never sees daylight was found in a cave in southern China. Another nifty example of adaptation and evolution, this creepy cave beetle has lost its pigmentation, wings, and eyes. Found in southern China, the Xuedytes bellus is at home among world's largest, most diverse collection of cave-dwelling ground beetles.

Just over 1.3cm in length, these beetles have long, slender bodies without wings. According to the SUNY College of Environmental Science and Forestry, the beetle is most "striking in the dramatic elongation of its head and prothorax, the body segment immediately behind the head to which the first pair of legs attach."

A marsupial lion that existed over a million years ago was discovered from a fossil found in Australia. Technically this lion was identified in late December of 2017, but it's too cool to pass up.

Researchers from The University of New South Wales in Australia found fossils that suggested the existence of a marsupial, lion-like creature that roamed the earth during the Oligocene era.

It's estimated the lion weighed no more than 23kg and researchers liken it to a modern-day Siberian husky. Despite being a top predator of its time, this animal is believed to have been an omnivore - enjoying a meat and plant-based diet.

A new type of crocodile was just discovered in Africa. A new species of crocodile, previously thought to be part of another species, was given its own name and distinction on October 24 in the journal "Zootaxa."

The Central African slender-snouted crocodile can be found throughout Africa, all the way from Cameroon to Tanzania. It was confused with its counterpart, Mecistops cataphractus, until scientists from Florida International University found differences in complexion: the slender-snout has smoother, softer scales than its relative, in addition to a different skull.

Researchers estimate that there are only about 500 of these crocodiles left in the area, making this new species critically endangered.

Related Links
Stunning photos of plankton underwater that will play tricks on your eyes
After surviving 420 million years, South Africa’s dinosaur fish could be in danger because of oil...
Fish and crocodile farmers say a new bill intended to develop their sector will destroy it
Next on Business Insider
China rebuts NASA chief's claim that the country is trying to land on and occupy the moon