Google has unveiled Android 11, its next major operating system update for Android smartphones, which arrived in beta mode beginning Wednesday.

The update doesn't seem dramatically different from the version of Android that exists today, but it will bring a few handy shortcuts aimed at making it easier to manage notifications and connected devices.

The beta version of Android 11 is available for Google's Pixel phones, starting with the Pixel 2 and higher, and will be coming to other Android phones in the coming weeks. Those interested in signing up for the Android 11 beta can do so through Google's website.

It's important to remember, however, that beta software releases are unfinished and aren't meant to be widely used by everyday smartphone owners. They're intended for use by developers so that they can make necessary updates to their apps before the full version of the software launches. That means beta versions of new software can feel buggy and unreliable, so it may not be wise to install it on your phone just yet.

Google typically unveils its new version of Android during its annual Google I/O developers conference, but the event was canceled this year because of the coronavirus pandemic. The search giant was going to hold a virtual announcement on June 3, but canceled that online event as well.

Here's a look at some of the biggest updates coming with Android 11.

A dedicated section in the notification panel for conversations All of your alerts from various messaging apps will appear neatly grouped together in the "Conversations" tab in Android 11's notification tray.

You can also choose to mark certain notifications as priority so that these messages appear on the lock screen and are surfaced even when "Do Not Disturb" mode is turned on. 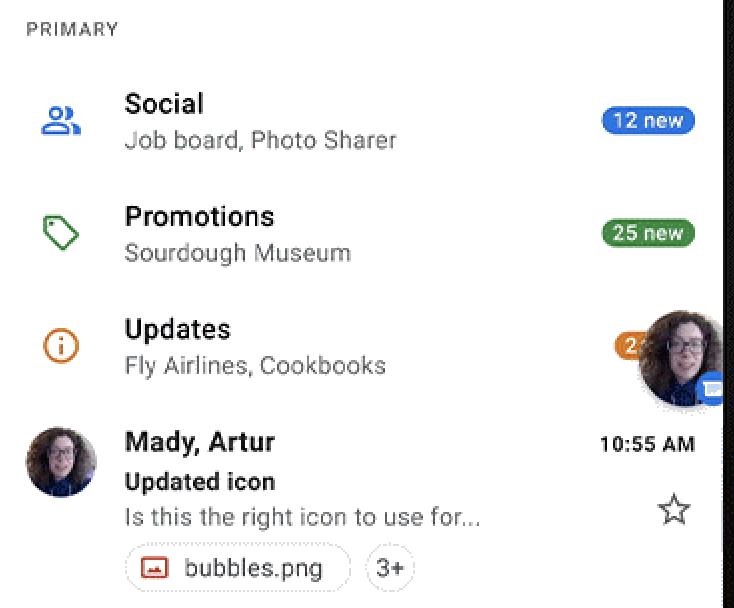 Much like Facebook's Chat Heads, Google is bringing a feature called "bubbles" to Android 11. As its name implies, this makes it possible to break out a conversation into a bubble that stays pinned to the screen so that you can quickly hop into a chat while switching between apps.

A menu for controlling connected devices that you can launch just by pressing the home button. Google wants to make it easier to manage multiple smart home devices at once without having to launch an app.

In Android 11, long-pressing the power button on your device will pull up a tiled menu that lets you manipulate connected home devices like door locks, lights, and more. The menu will appear just below any digital tickets, boarding passes, or credit cards you have stored on your phone. Android 11 will also introduce a new panel that makes it easier to switch the audio output between different connected devices like headphones and sound bars. As shown above, tapping on the currently connected device in the media player that sits above your notifications will trigger a small window near the bottom of the screen. Privacy has been a big focus for both Google's Android and Apple's iOS in recent years, and that holds true with Android 11.

When Android 11 launches, you'll be able to let an app only access location data, your phone's microphone, or its camera one time rather than giving it blanket access. Android 11 will also auto-reset permissions for apps that you haven't used in a while, which could cut down on the number of apps that have access important data and sensors like your location information. There are also a bunch of other new additions sprinkled throughout the operating system that we'll learn more about as the update rolls out. These include a screen recorder, updates to the Gboard keyboard, a new share menu, and more comprehensive Voice Access features. If you're interested in enrolling in the Android 11 beta, go to Google's Android Beta website, navigate to the "Devices" section of the page, and make sure you're signed into your Google account.

Once you sign in, you'll be able to see if any devices linked to your Google account are eligible to run the Android 11 beta. The update is only currently available for Google's Pixel 2 and higher.

You can opt out of the beta program anytime. But if you do so while your phone is running a beta version of Android, all data must be wiped from the device in order to return to the non-beta stable version of Android.