Ancient poop contains clues about feasts eaten at construction of Stonehenge more than 4,500 years ago An illustration of prehistoric people cooking in Durrington Walls (left) seen next to a parasite egg (right) found in preserved feces found near the site.
English Heritage/Evilena Anastasiou/University of Cambridge/Insider

Prehistoric poop from 4,500 years ago has provided new clues about the ritual celebrations that took place during the construction of Stonehenge, scientists say.

Researchers analysed coprolites — partially fossilised faeces — left by humans at the Durrington Walls settlement, where humans are thought to have stayed during the construction of the massive stone monument in southern England.

The study, published in the peer-reviewed journal Parasitology on Friday, was the first to show that the workers ate raw animal — internal organs — during lavish ceremonial feasts that took place to mark the construction of Stonehenge. Archeologists think that Durrington Walls site, found about 2.7 kilometres from Stonehenge, was the centre for ritual celebrations that took place during the construction of the stone circle in 2,500 B.C. The Durrington Walls archaeological site is about 1.7 miles from Stonehenge.
Google Earth/Insider

Evidence suggests that for a period of 10 to 50 years neolithic humans came from all corners of England during the winter months to help build the stone monument.

"They didn't seem to live there continuously. They lived in southern Britain, they farmed their crops in the summer. And then they came to Durrington walls in the winter to not only put Stonehenge together but also to hold religious festivals there," study lead author Piers Mitchell from Cambridge's Department of Archaeology told Insider.

The settlement was made up of hundreds of wood and chalk houses surrounded by three huge ceremonial structures out of wood pillars. An illustration shows the wooden structure seen at Durrington walls around 2500 BC.
English Heritage/Peter Lorimer

These massive gatherings were marked by lavish feasts. Pigs and cows were roasted on spits over roaring fires.

Evidence suggests pigs were shot with arrows instead of being butchered. This could mean there were sporting games, demonstrations of strength or coming-of-age ceremonies there, said Susan Greaney an English heritage archaeologist who works on Stonehenge and wasn't involved in the study.

The food was so plentiful that bones were discarded onto rubbish heaps with meat still attached and leftovers were given to dogs to eat, Parker-Pearson said

"This is a sort of meat fest extravaganza," he said. "It's a sort of party-based consumer site, which is obviously a massive magnet for people to come from many, many miles away." 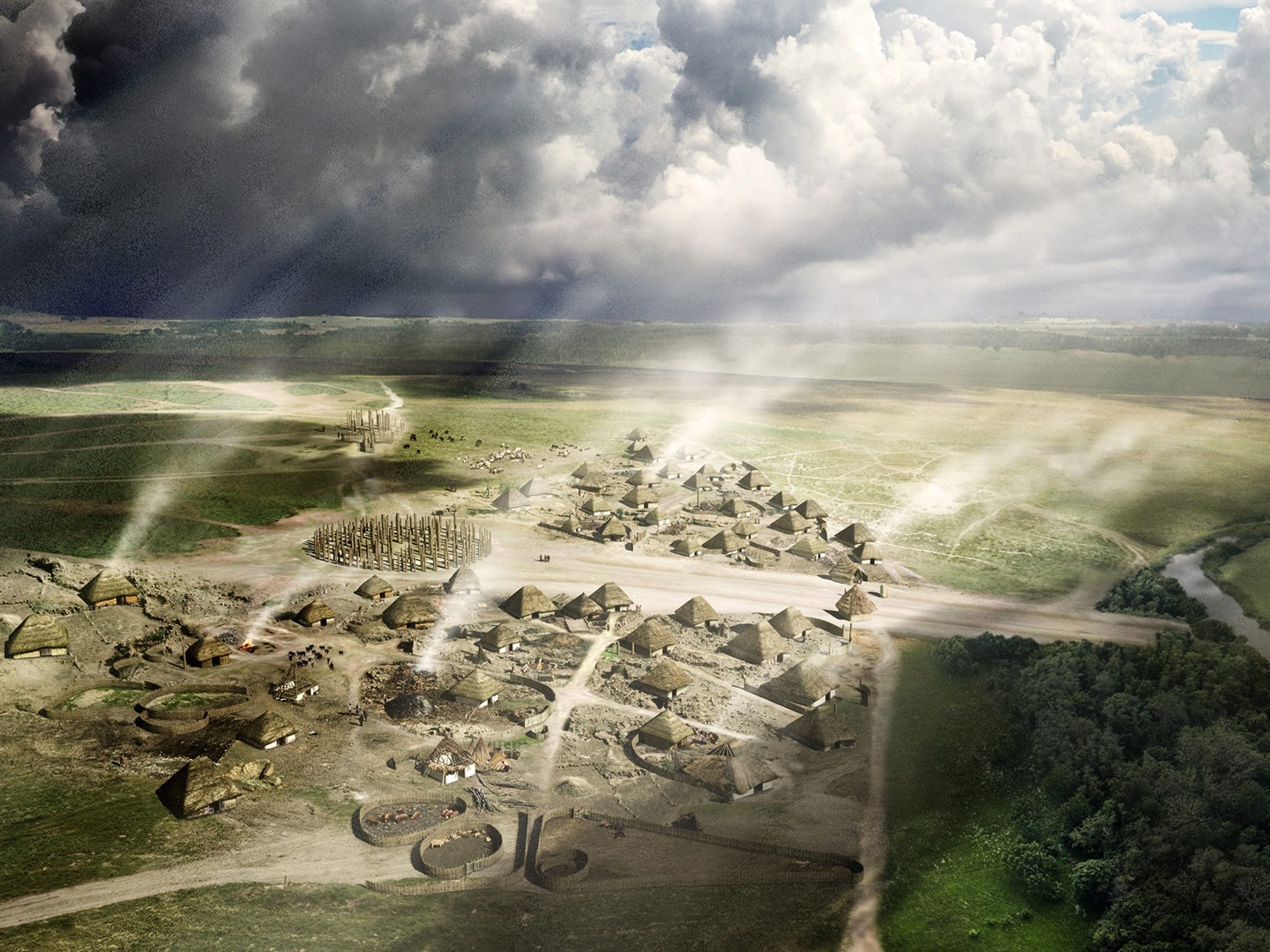 "Until we did this study, no one had any idea if they were eating offal or not," Mitchell said.

Evidence of culinary practices from prehistoric times is rare. Food tends to disintegrate over time, but parasite eggs can provide vital clues into the lifestyle of humans who left no written records.

Five of the coprolites, one of which was found to be human and the rest from dogs, contained the eggs of parasitic worms. The parasites that were in the human faeces would have come from the raw organs of infected animals, Mitchell said. The dog poop also had traces of freshwater fish parasites. This could be evidence that the dog travelled from an area of England where there were lakes.

This was also unexpected because archaeologists believe eating fish was taboo around this time, maybe because people put their cremated dead into rivers, Greaney said.

"It's a bit of a leap to go from like one dog eating one fish to saying that people were fishing," she said. "But it does raise interesting questions about that."