A husband and wife team from Cape Town launched a set of children’s crayons that better represent human skin colours - and through word of mouth sales and a surprisingly large following on Instagram, they’ve sold tens of thousands of packs both via their website, and in stores in South Africa and abroad.

Colour Me Kids was borne out of teacher Kylee Faure’s frustration with the limited learning aid options in South Africa - and in particular with regards to crayons that came in colours representative only of a small selection of skin tones.

“Kylee would come home and often express her frustrations around a lack of practical, usable aids to help the children in her class express and understand diversity,” says husband and business partner Justin. “So finally we said ‘OK, so let’s do something about it!’”

The couple had no experience in the crayon or manufacturing industry, and so in 2019 set about figuring out how to go about making, packaging, marketing, and distributing their product.

Faure says the early days involved “a lot of research, within South Africa and abroad”, before “contacting countless manufacturers, calculating costs to see if this was a feasible exercise, and then actually biting the bullet using our own savings to get them made.”

By that stage Faure says they’d invested so much emotionally into the project, and they’d seen how lacking products like these were on the market, that they realised they had to keep pushing on.

“It was not a quick process at all, and only then we began the back and forth with formulation and shade selection,” says Faure.

Part of the initial complexity was actually figuring out a solution to the problem they’d identified - narrowing down thousands of potential skin tones into a single crayon box of 12 that met their diversity goals.

“We went about looking at Pantone colours, and a study of skin tone Pantones,” says Justin Faure. “From there we trialled and addressed hundreds of sample shades, from fairest to darkest possible. We then reworked certain formulas, eliminated the less realistic shades, and tried to arrive at our 12 usable shades that aim to represent the largest cross section of people.”

With skin colours identified, they then explored options to make their idea a reality. The couple initially hope to manufacture the crayons locally, which proved financially prohibitive, and so reached out to international manufacturers. 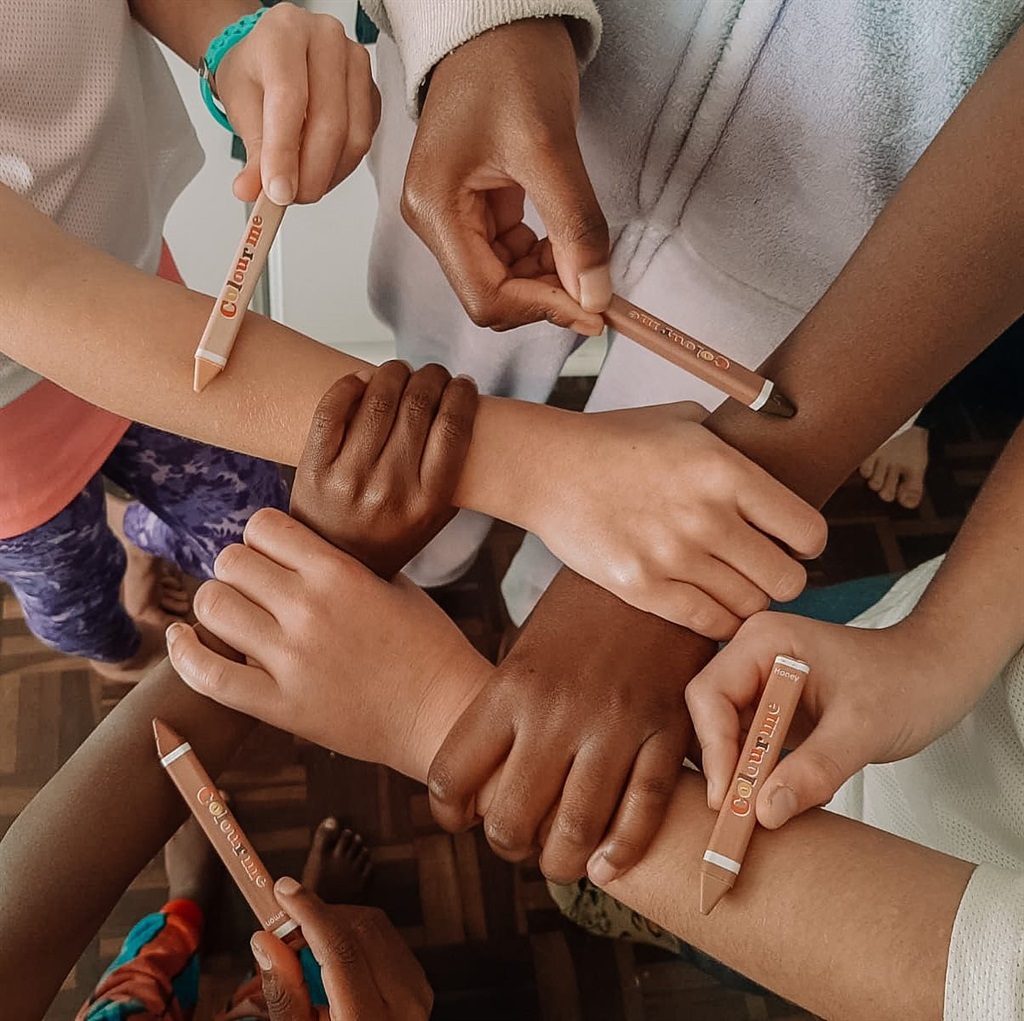 “[We] tested a lot of samples and studied their formulas to assess quality. In the end we reached the point where it was a decision to not get them made at all, or have them manufactured abroad, making it affordable and accessible to all children. We went with the latter, as that was our goal,” says  Faure.

The products were an almost immediate hit. They launched the first batch of Colour Me Crayons in the middle of South Africa’s first hard Covid-19 lockdown in 2020, which in hindsight Faure thinks may actually have given them an early boost. “I think due to a lot of home schooling it may have actually contributed to our individual sales, which then grew awareness of our brand,” he says.

Since then, sales have grown “in an entirely organic way”, via word of mouth and the Colour Me Kids Instagram page, that they still manage and post to themselves. “We had to upscale much faster than anticipated, and had to outsource aspects like distribution and fulfilment in order to keep up. This has enabled us to start the development on other products, which has been amazing,” says Faure.

The products are stocked in roughly 200 stores across South Africa, and in stores as far afield as London, New York, Lisbon, California, Vienna, and Amsterdam.

“Kylee will say she wasn’t surprised by the demand for the product - she was well aware of the need and the demand fits that,” Justin says. “But I have been blown away with the demand, which further speaks to Kylee’s vision. I never saw it spreading internationally as quickly as it has, but once it started to, I soon realised there really was a massive need for products like ours.”

They’ve put all profits directly back into the business, and have worked until 21:00 most nights as they meet their obligations with existing stockists and look to constantly expand their offering.

“Throughout this process we said to each other that our products have to add value in any way possible. So beyond the message, the price point, a portion of the profit going to charity, and the quality, everything had to add value in some way. We fought for that,” Justin Faure says.

As Colour Me Kids approaches the 100,000 sales mark, Faure says their mission is beyond simply increasing their profits.

“Our dream is to have an entire product line that becomes synonymous with diversity and belonging. That Colour Me Kids feel good in their own skin! The more money generated, the more products we can create which is the ultimate goal."