An organic South African 'tequila', made from agave in the Karoo, is now available around the world

A local businesswoman has created a South African “tequila” from agave plants she’s growing in the Karoo. And although the finished product can’t legally be called tequila, Leonista’s 100% Karoo Agave, which has a smoky flavour profile similar to Mexican mezcal, has won fans and distribution deals around the world.

The product is the brainchild of South African businesswoman Sarah Kennan, who started Leonista after travelling to the birthplace of tequila in Mexico. While visiting the actual town called Tequila, Kennan was struck by how similar it was to South Africa’s Graaff-Reinet, in look, feel and climate, and decided to bring the concept home.

“I saw the culture and industry around the agave plant in Mexico, which I knew grew very well in the Karoo, and I wanted to replicate the industry, job creation and quality agave spirit production I saw on my travels,” says Keenan. “I was also tired of there being low quality tequila and mezcal in South Africa.”

Her solution was to create a certified organic product made only from the agave plant that follows the centuries-old traditions used in Mexico. As with products like champagne and port, appellation of origin laws prevent anyone outside of Mexico from calling their spirit tequila or mezcal, but Kennan says Leonista follows processes that makes it as close as you can get to the original. Leonista is made from agave plants that take 12 years to mature. Once ready, they harvest the hearts of these plants and smoke them in a wood-fired furnace for at least two days, which gives the finished product its unique, smooth and smoky flavour. They then crush the caramelised plants under a stone wheel to extract it into a mash, allow it to ferment, and then distill this in large copper stills to create the spirit. Leonista’s production process makes for a compelling story, and along with its hands-on approach this enables it to be placed a shelf or two above much of the tequila South Africans are used to drinking. But Kennan says this approach also has a direct impact on the quality and complexity in the four variants that they produce. “In Mexico tequila and mezcal is sipped slowly and treated with respect. They give you a real buzz and increase your energy, with no hangover in the morning,” says Kennan. “Until now, South Africa has mostly been sold "mixtos" which are cut with cane spirit to make them cheap, which has created the shooter, lemon and salt rituals often used to mask the poor flavour.”

So instead of knocking back shots of cheap tequila with a thumbful of salt and a slice of lemon, Kennan suggests taking good quality agave a little slower - or combining it with more considered ingredients to create some of the popular tequila-based cocktails.

“I love drinking Leonista like a whisky over one block of ice, or making margaritas with fresh local ingredients,” she says.

Consumer education and market placement like this is a key element of any high-end consumable’s success. As coffee, beer, and gin have undergone their own craft revolutions in order to appeal to a more lucrative and seemingly more discerning market, so too is tequila - and it’s starting to pay off for brands like Leonista. 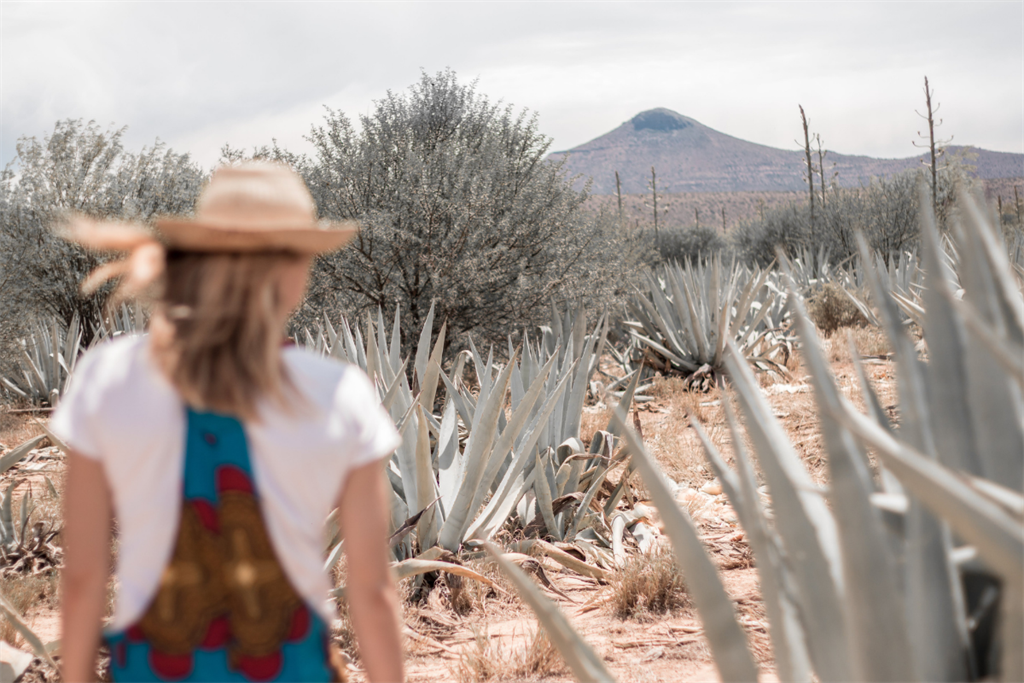 The company now sells in excess of 10,000 bottles each year, and has won several local and international awards for its agave spirit - its most decorated, Leonista Blanco, recently won gold in the US-based SIP Awards.

The momentum has also led to national distribution deals with 500 clients, including stores like Pick n Pay, Spar, Checkers, and Norman Good Fellows, and they now export to Australia, Japan, Netherlands, Taiwan and Zimbabwe.

It’s also available online via Takealot and Yuppiechef, and this year’s Covid-19 lockdown and alcohol ban also prompted Leonista to create their own online store, where they sell all of their agave variants and a range of merchandise directly, which Kennan says allows them to build relationships with their consumers, and introduce deals not possible through traditional distribution channels.

Kennan’s plans for the future are big - although Leonista is just four years old, she's already looking to new export markets. And Leonista is also expanding its own tequila-based story with a tequila masterclass and agave spirit AirBnb experience in Graaff-Reinet, and future plans include a destination distillery experience so that South Africans can experience what Kennan did on her own trip to Tequila. They’ve also introduced a strong ethical component to the Leonista story. Every bottle sold results in a percentage of revenue going towards African conservation, their packaging is fully recyclable, and they promote upcycling of their unique bottles after use, rather than throwing them away.

“As a company our vision is to create a more positive culture around agave spirit consumption, and to be a successful thriving company and have a positive impact on the world around us,” Kennan says.

Leonista is available as a Blanco, Reposado, Honey Reposado, and Reposado Black at various liquor stores, or directly on the Leonista website.