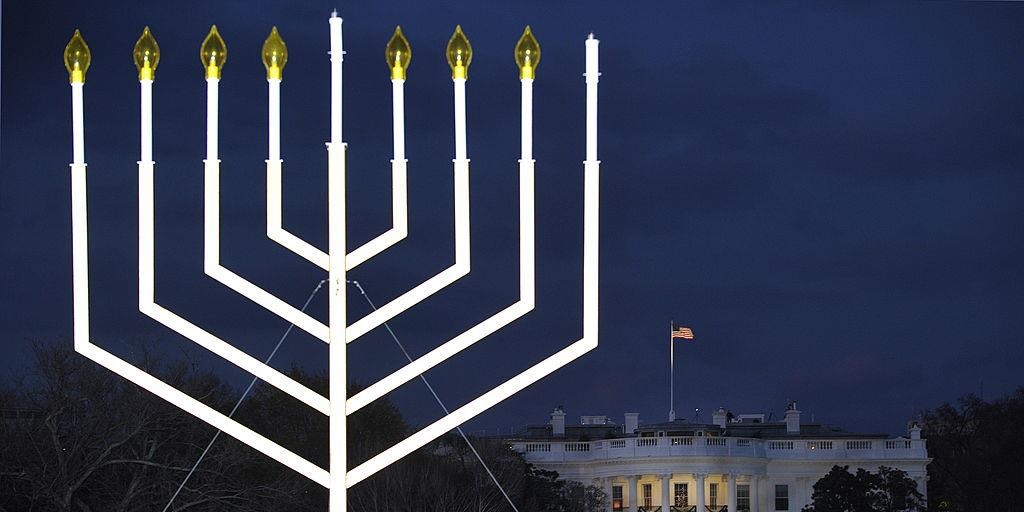 President Donald Trump plans to sign an executive order which will classify Judaism as a race or nationality instead of just a religion, The New York Times reported on Tuesday, citing three administration officials.

According to The Times, the order will threaten to withhold federal funding for educational bodies who fail to combat discrimination of minority students on their campuses.

The move appears to be targeting the Boycott Divestment and Sanctions movement, or BDS, which encourages various forms of boycott against Israel for what it deems violations of international law. The movement has grown popular on college campuses, and the group holds annual events like "Israeli Apartheid Week" in order to push their agenda forward.

Though not all Jews are Israeli citizens, and not all Israeli citizens are Jewish, some Jewish groups argue that BDS activism fosters harassment or intimidation of Jews and Israel supporters on campus.

Some critics have suggested that Trump's order might be used by the president to pander to Jewish constituents or as a goodwill gesture towards Israel (a close Trum ally), as the country's government has taken particular aim at combatting antisemitism and the BDS movement around the world.

Yousef Munayyer, the executive director of the US Campaign for Palestinian Rights, told The Times that the move could be used to stifle free speech and "silence Palestinian rights activism"

But notably, the group most vocally against Trump's measure appears to be Jewish people themselves.

"If President Trump truly wanted to address the scourge of anti-Semitism he helped to create, he would accept responsibility for his role emboldening white nationalism, perpetuating anti-Semitic conspiracy theories, and repeating stereotypes that have led to violence targeting Jews," she said in a statement. "Instead, President Trump continues to view Israel and anti-Semitism solely through a political lens, which he attempts to use to his political advantage."

"President Trump is more interested in symbolic gestures that politicise Israel and use Jews as political pawns than actually doing something meaningful to ensure our security and that of Israel," she continued. "The timing of this signing reveals this is a PR stunt, plain and simple."

"This is antisemitism of the highest order," she wrote on Twitter.

Uh no. No. This is antisemitism of the highest order. No. No no no no no no NO. You, stupid crook president do not get to decide this so your white nationalist pals get to stick me in a concentration camp. https://t.co/PnQTxO5Cxg — Michaela Watkins (@michaelaWat) December 11, 2019

Some said the move appears to question whether Jews are really American.

Kelly Weill, a journalist for The Daily Beast, wrote on Twitter that the move "gestures at ethno-nationalising American Jews right out of their country."

Leah Litman, Assistant Professor of Law at the University of Michigan, tweeted that the order questions the nationality of American Jews.

"Is this what we're calling an executive order that purports to define American Jews as ... some nationality other than American?"

So this makes American Jews citizens of which nation, then? https://t.co/ms5feeDTue

Others said the move would put them in danger of anti-Semitic backlash.

Others claimed the move in itself was anti-Semitic.

This is horrifying, bigoted, and nonsensical.

Judaism â‰  Israel.Jews are not un-American.BDS is not (inherently) anti-Semitic.Making American Jews choose between Israel and the U.S. *is* anti-Semitic.So is not realizing that's what you're doing with this executive order. — Kris Shaffer â³ (@krisshaffer) December 11, 2019

The order comes at a time when violent anti-Semitic attacks have spiked to levels unseen in decades. According to researchers at Tel Aviv University in Israel, attacks targeting Jews around the world rose 13% in 2018, with more than 400 cases worldwide. Of those cases, one out of four took place in the United States.

According to the Anti-Defamation League, 1,879 anti-Semitic incidents were reported throughout the United States in 2018.