It’s made by Mukundi Lambani founder of Ambani, an African-language content platform for young learners, who are using technology to make education fun.

By transforming this set of 20 animal flashcards, Ambani is making them spring to life using a cellphone app. The cards feature lions, chickens and other wild and farm animals. In AR the cards spring to life allowing you to hear their isiZulu pronunciation.

“Ambani was sparked by my personal experience and Master's research around South Africa's Model C [schools] and the first black cohort in the country to grow up detached from their ethnic languages and cultures, through being educated in previously white schools and moving into white neighbourhoods,” she said.

Lambani wants to make learning African languages fun, especially for families who feel they may have become disconnected from their traditional heritage. 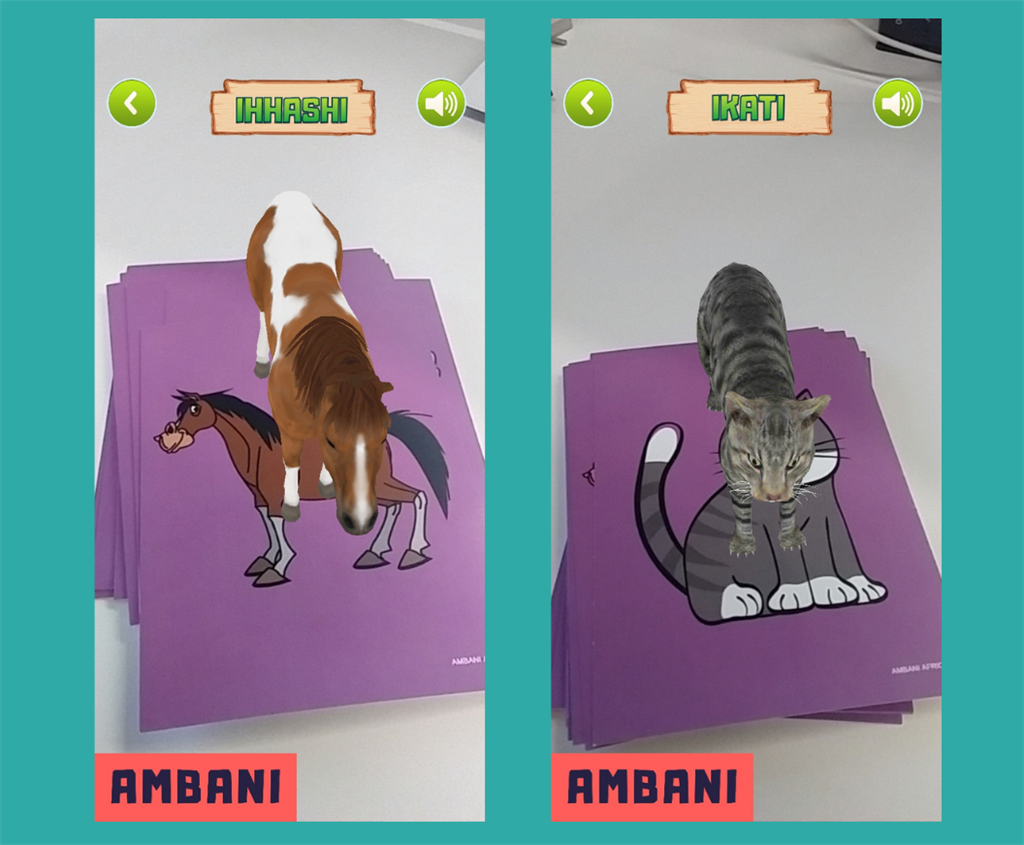 “South Africa's Education System has many challenges: African-language speaking children have to drop their mother tongue or home language too soon, and learn in a language they do not understand. It is very difficult to learn a foreign language well enough to learn through it,” she said.

The company ultimately want to gamify other aspects of learning such as science, math, art and critical thinking subjects. She wants to make education a more whole, independent and accessible experience for young African learners.

“Over 50% of Grade 4 learners in South Africa do not understand what they read. A scarcity of books written in African languages, as well as a shortage of well-resourced school and community libraries.”

The APP is currently only in isiZulu. But, Lambani plans to introduce Kiswahili, Setswana, Tshivenda, Igbo, Shona over the next few weeks.

The cards sell for R60, and can be bought online on the Ambani website. The Ambani Africa app is available on both IOS and Android for free.

Related Links
A new app can stop a minibus taxi if it is overloaded or driven recklessly
This viral photo app that makes you look old has been all over everyone's social media feeds....
FNB’s banking app now comes with a free health rewards programme – with discounts on gyms and...
Next on Business Insider
Russian soldier said his commander shot himself in leg so he could leave the war in Ukraine