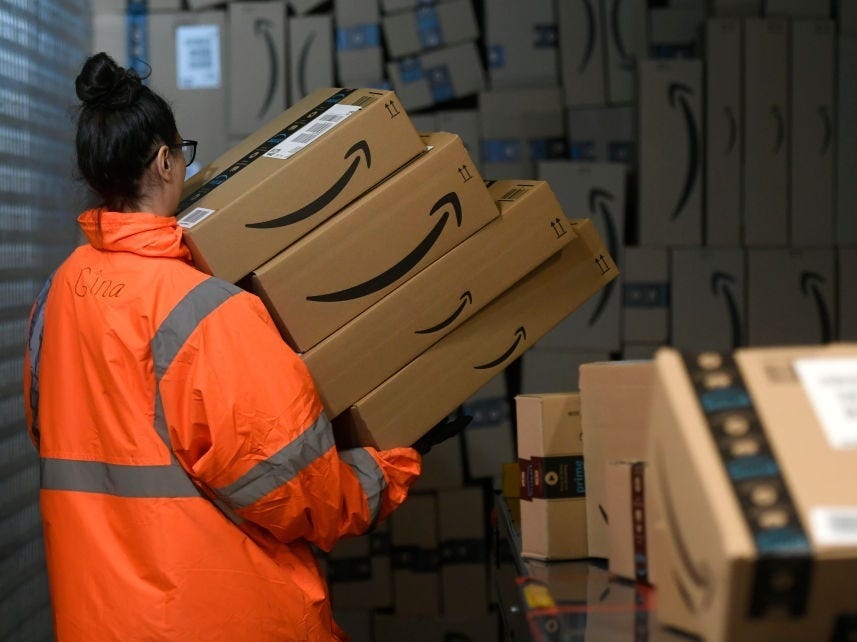 German staff at Amazon are striking during the e-commerce giant's annual Prime Day event on Tuesday and Wednesday over pay and conditions in its warehouses since the outbreak of the pandemic.

Workers at seven Amazon warehouses in cities including Leipzig and Koblenz are striking in shifts to avoid large crowds.

The country's second-largest union, Verdi, said it was organizing the strike because staff have been working "without adequate protection," and haven't been compensated for the additional stress of working during the pandemic.

An Amazon spokesperson told Business Insider that the strikes will not impact its deliveries in Germany, the company's second-biggest market after the US.

The company already offers "excellent pay, benefits, and opportunities for career growth," they added, with a safe working environment that is "set up to help them succeed."

The company told Reuters that most employees in Germany were working as normal.

Orhan Akman, Verdi's retail representative, pointed out that at the end of May, the company scrapped a coronavirus bonus of 2 euros ($2.36) an hour, just two months after it was introduced.

Amazon can "certainly" afford to pay staff the bonus, Akman claimed, because it doesn't face the same problems that are causing bricks and mortar retailers to fold during the pandemic.

Amazon should make the bonus a permanent salary increase for all staff, Akman added, "because employees generate the company's profits."

Verdi also organised a strike for Amazon workers in June over safety concerns after staff at a logistics center tested positive for Covid-19.

Christy Hoffman, the general secretary of UNI Global Union, an international union group of which Verdi is a member, said: "Amazon has failed to ensure workers' safety, and we fear that influx of orders and the gruelling Prime Day pace will make a bad situation even worse."

Germany is Amazon's biggest market after the US, with its turnover reaching 19.85 billion euros ($23.40 billion) in 2019, according to the American Chamber of Commerce in Germany.

This meant that for the first time it had the highest turnover of any US company in Germany, pushing automaker Ford off the top spot.