Amazon CEO Jeff Bezos.
Photo by Drew Angerer/Getty Images
Amazon said in a letter to Democratic Rep. Keith Ellison that it had removed a host of Nazi and white supremacist products from its site.

We first saw the news via BuzzFeed.

Ellison sent an open letter to Amazon last month after a research paper written by The Action Center on Race & the Economy and Partnership for Working Families found a range of products including garments, children's toys, and even fidget spinners emblazoned with neo-Nazi insignia. "I am disturbed that such a powerful corporation is materially fueling the rise of hate groups in our country," Ellison wrote. 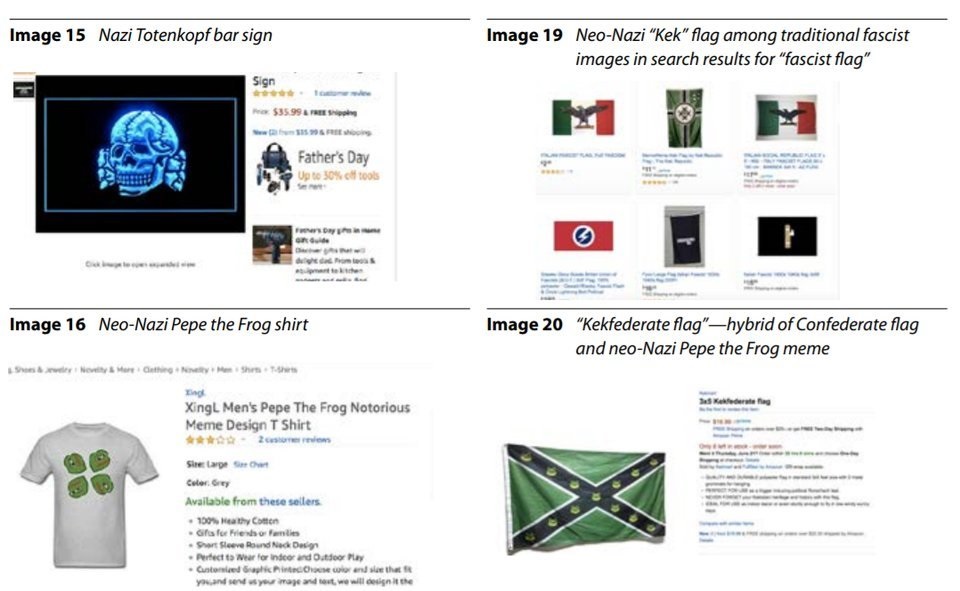 Some of the products found by the report.
Amazon via ARCE Action Center

The researchers found items such as a baby onesie featuring a burning cross, a swastika pendant, and items branded with the Confederate flag.

Amazon's vice president for public policy, Brian Huseman, responded to Ellison in a letter on Thursday. "Since receiving your letter, we have reviewed the products and content referenced in your letter, and removed the listings that were found in violation of our policies and permanently blocked the seller accounts that were in violation of Amazon policy," he wrote.

"We are also reviewing the seller accounts for potential suspension," Huseman added.

It is not clear how the accounts have been both permanently blocked as well as submitted for review for suspension.

Amazon, like other tech firms, says it relies on machine learning to flag or automatically remove problematic products.

"These automated tools are supplemented by teams of investigators that conduct manual, human review of our listings on a regular basis," Huseman wrote.

He added that Amazon was still removing the offending items from its warehouses.

"Sellers are expected to comply with our policies, and we immediately investigate any reported violations," an Amazon spokesman told Business Insider. "The items referenced by Representative Ellison were previously reviewed, and we removed those that violated our policies well before we received his letter."