Algorithms are recommending conspiracy theory films, and the consequences could be more serious than you might think "There is a sinister and secret group of people who roam the globe," an omniscient narrator says. "They control everything from banks to the media. They own the world."

That claim invoking the New World Order conspiracy theory comes from a film called "A Conspiracy To Rule: The Illuminati," available for streaming on Hulu and Amazon Prime Video.

Both Amazon Prime Video and Hulu categorize the film as a "documentary." Hulu put it in the site's "conspiracy" section, which is mostly populated by films about aliens.

The willingness to stream such material, and the fact that the companies have made no public moves against conspiracy content, stands in contrast to the torrent of tech companies that have made efforts to reject certain conspiracy-oriented and misleading content, and shows a rift in how they treat misinformation published on their platforms.

Broadly, companies like Facebook, YouTube, and Apple have claimed to have made efforts to suppress misinformation on their platforms following the revelation that Russia had weaponized such content in an effort to influence the 2016 election. Amazon Prime Video, despite hosting user-submitted content, has made no public moves against misinformation. Nor has Hulu.

Apple said it did so because the company "does not tolerate hate speech." Facebook said Jones had violated its policies on hate speech and graphic violence by "glorifying violence" and "using dehumanizing language."

But Amazon Prime Video's algorithm still recommends conspiracy films, including Jones' own, to streamers. The 9/11 conspiracy film "Loose Change," which baselessly claims that the 2001 tragedy was a false flag operation, is a recommended "documentary" on Prime Video, despite presenting a thesis that most experts have contradicted.

Those who study misinformation warn that the consequences of offering conspiracy films could be serious, ranging from the spread of hate to enabling nefarious state actors to promote their own agenda.

Neither Amazon nor Hulu responded to Business Insider's requests for comment. On the front page of Amazon Prime Video, "Loose Change" appears as a "recommended Documentary Movie" for some users.

The 9/11 conspiracy film fits into the larger "puppet master" theme found in most conspiracy media, and generally spreads assertions based on pseudoscience that have been largely discredited.

According to the anti-Semitism watchdog Anti-Defamation League (ADL), the film "draws from the American Free Press, a wellspring of anti-Semitic 9/11 propaganda, as well as the work of anti-Semitic writer Christopher Bollyn, as sources to bolster its claims about the alleged government cover-up of the 9/11 attacks." The conspiracy films available on the streaming platforms go beyond kooky tales about alien abductions (though they have those too), and present arguments framed as truth that have largely been debunked as misinformation or even been shown to be derived from hateful ideology.

"Zeitgeist: The Movie", which proposes that 9/11 was a conspiracy orchestrated by bankers to better leverage control over the masses, is also available to stream on Amazon Prime Video, and is labeled a "documentary."

In 2011, Tablet Magazine described the film as "steeped in far-right, isolationist, and covertly anti-Semitic conspiracy theories." ABC News interviewed a former friend of Gabrielle Giffords' shooter Jared Loughner who said the film had "a profound impact on Jared Loughner's mindset and how he views the world that he lives in."

"A Conspiracy To Rule: The Illuminati," which is featured on Amazon and Hulu, traces the roots of a supposed global, elite conspiracy to control the world through coded messages.

"The underlying antisemitic conspiracy theory at play here is that of Jewish power, be it accusations about controlling governments, banks and financial markets, news and media, or international events," he said.

And such ideas can have real-world consequences. A similar anti-Semitic conspiracy theory appeared to be the driving force in the 2018 Pittsburgh synagogue shooting.

Robert Bowers, who reportedly shouted "all Jews must die" before killing 11 people, seemingly made numerous posts on social media about a Jewish conspiracy to bring immigrants into the country as part of the migrant caravan. In the weeks before the shooting, he posted conspiratorial gifs and videos from Zionist Report, a publication that makes content that supposedly "questions the prerogative of the Zionist movement" by posting numerous conspiracy theories involving Jews and Israel.

"Conspiracy To Rule: The Illuminati" is one of many conspiracy theory films billed as a "documentary" on Amazon Prime Video.
Screenshot/Amazon

"A Conspiracy To Rule," which traces a vague conspiracy that supposedly continues to this day, finds the origins of the conspiracy in "system of Jewish philosophy," Jewish mysticism, and Kabala.

"There haven't been any Illuminati for over 200 years, any suggestion that any Illuminati existed after the mid-1780s is absurd, and if there is such a suggestion, then we're talking about fantasy," Michael Barkun, an expert on conspiracy theories at Syracuse University, told INSIDER.

"It's always dangerous when false ideas are presented as fact," Barkun added. He said the biggest risk associated conspiracy theories is "people taking action on the basis of false and dangerous beliefs."

Amazon Prime Video streams numerous other documentaries connecting Jewish history and the Rothschilds to world domination, including "One World Agenda: The Illuminati" and "Illuminati: The Grand Illusion."

"One World Agenda: The Illuminati" is available for streaming on Amazon Prime Video.
Screenshot/Amazon

ADL extremist expert Mark Pitcavage told Business Insider that while movies such as "A Conspiracy To Rule" may not be explicitly anti-Semitic, they still pose a danger.

"Conspiracy theories lure in the credulous and can sometimes make them not merely believe but act on their beliefs," he said. "Over the years we have seen a number of violent incidents ... that were the result of people being motivated to take violent action as a result of conspiracy theories."

"People may draw the conclusion that conventional politics is meaningless. If they genuinely believe that what happens in the world is a result of the hidden hand of some mysterious elite, then presumably ordinary political activity is meaningless as are the decisions of lawmakers and officeholders," he said. "This kind of material may alienate people from the political process and political participation."

One of the most famous 9/11 conspiracy films, "Loose Change," is available in the documentary category of Amazon Prime Video.
Screenshot/Amazon

In January, YouTube announced that it would work to prevent conspiracy theory videos or those containing misinformation from being included in its recommended videos, to avoid serving users conspiracy content users weren't seeking out. They continue to host plenty of conspiracy content, however.

The makers of "Loose Change" said in September that they had to remove the film from YouTube, but that it was still available on Amazon Prime Video and Google Play.

Alongside "Loose Change," a series of other 9/11 conspiracy films are promoted for streaming, including "Conspiracy of Lies: Flight 3370 to 911", and "9/11: Ten Years of Deception."

The recommended movies that appear when watching the 9/11 conspiracy film "Loose Change" on Amazon Prime Video are several other conspiracy films.
Screenshot/Amazon

Hulu similarly suggests its conspiracy offerings after you consume any film in the category.

In August 2018, numerous tech companies took a step toward clamping down on conspiracy content, effectively removing the accounts of InfoWars and Alex Jones, who was one of the most popular conspiracy theorists on the internet.

Amazon, on the other hand, continues to host numerous videos from Jones that it classifies as documentaries, including "The Obama Deception," and "Police State 4: The Rise of FEMA." 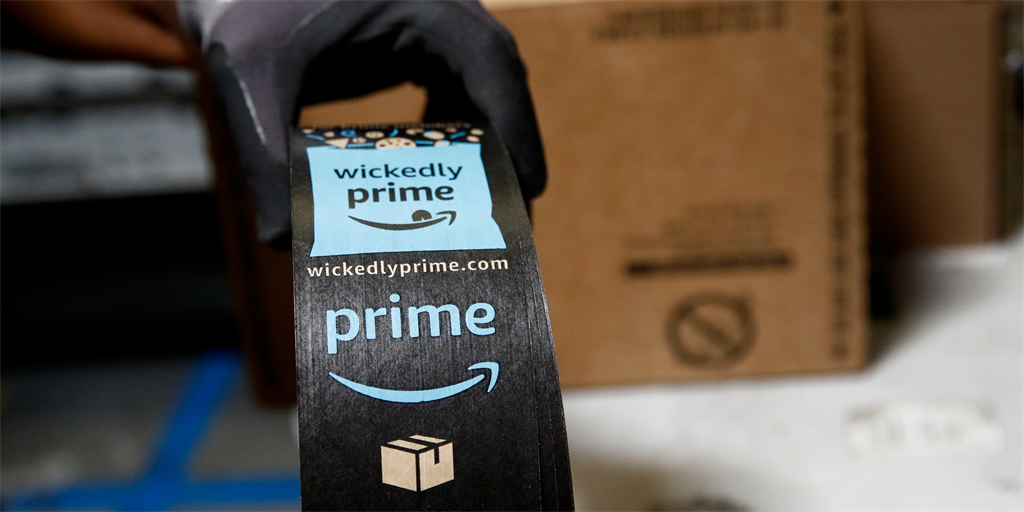 Out of the major streaming platforms, Amazon appears to recommend the most conspiracy material. A cursory search of "Illuminati," "New World Order," and "9/11" yielded over 35 results that suggested conspiracy, compared to 14 films in Hulu's conspiracy section, and 4 Netflix films that focus on aliens and the moon landing. Amazon's issue could be due in part to its Prime Video Direct service, which allows content creators to directly upload content.

The company also has a hate speech policy that could potentially be applied to certain conspiracy films. "Content that promotes hate speech, incites racial or gender hatred, or promotes groups or organizations that support such beliefs," is not eligible according to Amazon.

Hulu does not have a publicly accessible policy against hate speech.

When Alex Jones and InfoWars were kicked off of numerous platforms, Apple, Facebook, and YouTube referenced similar hate speech policies as their basis for doing so.

Amazon has faced scrutiny in the past for lax enforcement of rules on Prime Video and on its general site, and for allowing users to sell items like neo-Nazi children's books and swastika pendants on its marketplace before they were removed.

"Unfortunately, platforms tend to be reluctant to remove such content or to accept that it is a breach of their hate speech policies," Oboler said. "The bottom line is that such content attracts eyeballs, which translates into revenue."

Jennifer Grygiel, a communications professor at Syracuse University who specializes in emerging media and corporate social responsibility, told INSIDER the user-driven nature of Prime Video makes it dangerous, especially if users design content that is "at the edge" of the policy.

"Some viewers might be viewing this through Prime not realizing that it's another user, and they might give it more weight as a documentary than if it were on YouTube. It could actually give the air of more legitimacy if they assume it's being produced by an actual studio," Grygiel said. "There's potential even for state actors to go in and create this stuff - this could become targeted."

Grygiel said that without proper moderation, conspiracy theories and the latent hate within them could spread.

"They're tapping into memetic frameworks. As they're shared, they get strengthened over time," said Grygiel. "Not engaging in moderation makes it worse. It will grow and spread and become problematic."