The founder and CEO of Amazon, who incorporated the company in 1994, has had a tumultuous year - this time in 2019, he was in the process of a divorce and had just had his personal messages leaked by the National Enquirer.

But 2019 wasn't all bad for Bezos: he jetted across the globe with his girlfriend, Lauren Sanchez, he attended the exclusive Met Gala, and he celebrated another successful Prime Day with Katy Perry, Lil Nas X, and 45,000 Amazon employees.

In 2017, Bezos hit a milestone after his net worth hit $150 billion - making him the richest person in modern history, as Bloomberg put it. His net worth is now about $118 billion (R1.4 trillion), according to Bloomberg's Billionaires Index. And in late 2018, Amazon briefly became the second US company after Apple to achieve a valuation of more than $1 trillion (though its market cap has since sunk below that threshold).

That success hasn't come overnight, however. Bezos began his career in the hedge fund world in the '90s, then left a cushy job to launch his own startup.

Here's how Bezos got his start, and built one of the largest tech companies in the world.

Allana Akhtar contributed to an earlier version of this story.

Jeff Bezos' mom, Jackie, was a teenager when she had him in January 1964. She had recently married Cuban immigrant Miguel Bezos, who adopted Jeff. Jeff didn't learn that Miguel wasn't his real father until he was 10, but says he was more fazed about learning he needed to get glasses than he was about the news. When Bezos was 4, his mother told his biological father, who previously had worked as a circus performer, to stay out of their lives. When Brad Stone interviewed Bezos' biological father for Stone's book "The Everything Store," Bezos' dad had no idea who his son had become.

Bezos showed signs of brilliance from an early age. When he was a toddler, he took apart his crib with a screwdriver because he wanted to sleep in a real bed. From ages 4 to 16, Bezos spent summers on his grandparents' ranch in Texas, doing things like repairing windmills and castrating bulls.

His grandfather, Preston Gise, was a huge inspiration for Bezos and helped kindle his passion for intellectual pursuits. At a commencement address in 2010, Bezos said Gise taught him "it's harder to be kind than clever."

Bezos fell in love with reruns of the original "Star Trek" and became a fan of later versions too. Early on, he considered naming Amazon MakeItSo.com, a reference to a line from Captain Jean-Luc Picard. 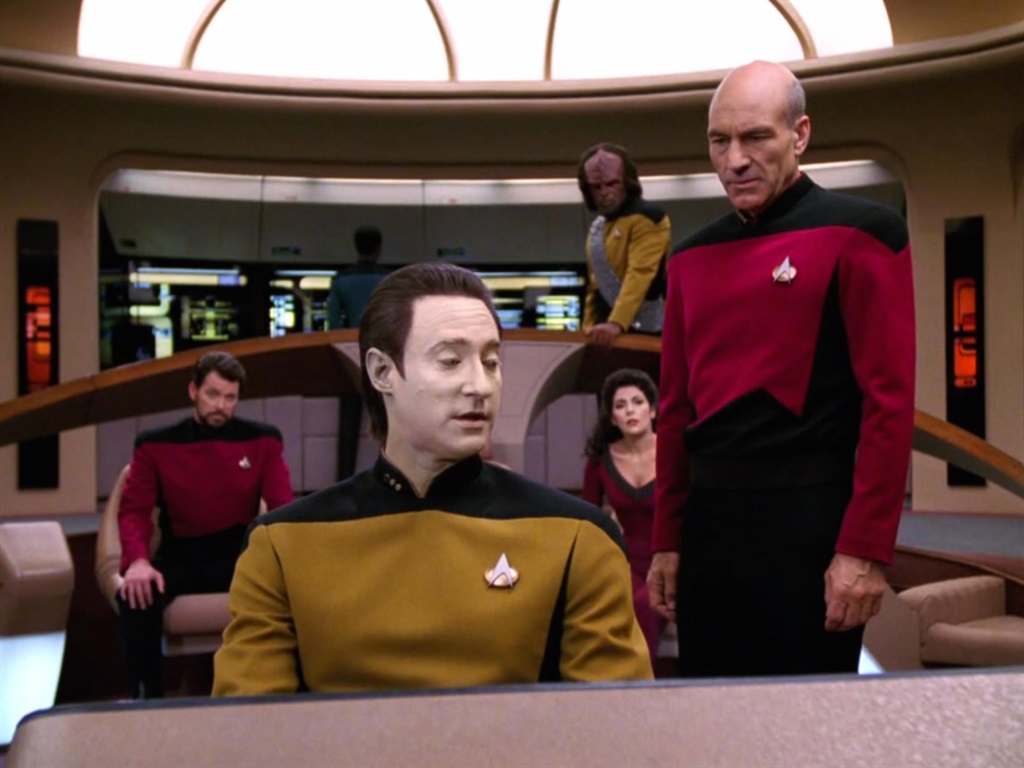 In school, Bezos told teachers "the future of mankind is not on this planet." As a kid, he wanted to be a space entrepreneur — now, he owns a space-exploration company called Blue Origin.

After spending a miserable summer working at McDonald's as a teen, Bezos, together with his girlfriend, started the Dream Institute, a 10-day summer camp for kids. They charged $600 a kid and managed to sign up six students. The "Lord of the Rings" series made the required reading list. Bezos eventually went to college at Princeton University and majored in computer science. Upon graduation, he turned down job offers from Intel and Bell Labs to join a startup called Fitel. 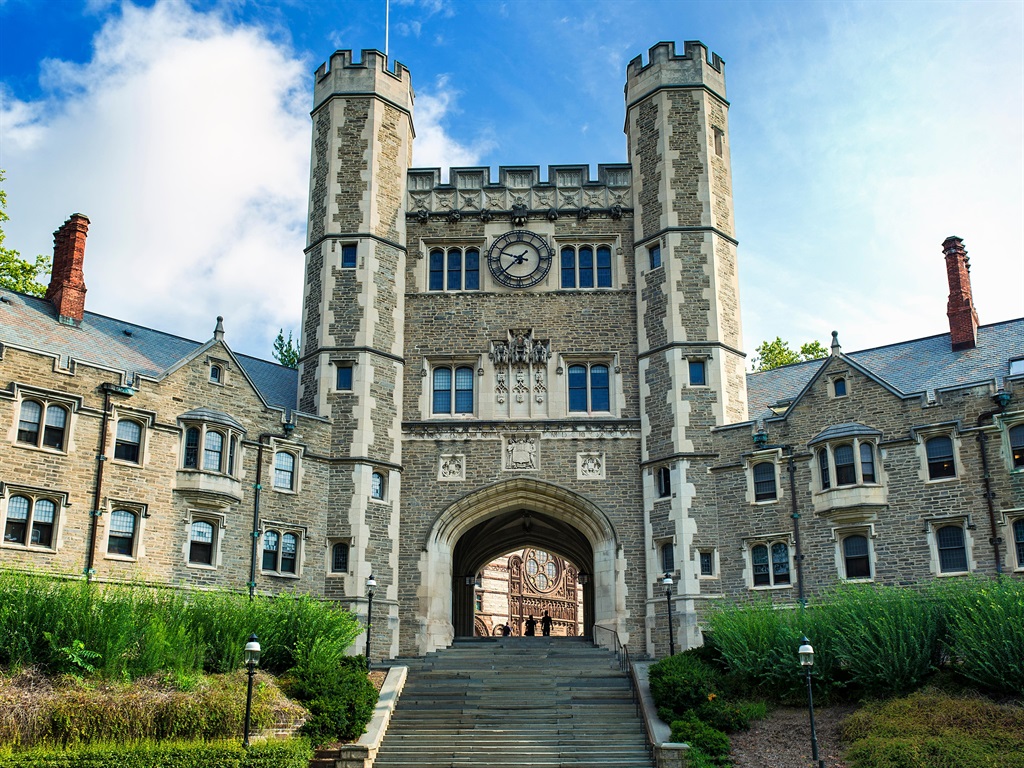 After he quit Fitel, Bezos considered partnering with Halsey Minor — who would later found CNET — to launch a startup that would deliver news by fax. Instead, he got a job at the hedge fund D.E. Shaw. He became a senior vice president after only four years.

Meanwhile, Bezos was taking ballroom dancing classes as part of a scheme to increase his "women flow." Just as Wall Streeters have a process for increasing their "deal flow," Bezos thought analytically about meeting women.

He married MacKenzie Tuttle, a D.E. Shaw research associate, in 1993. She's now a novelist. The couple has four kids together.

In 1994, Bezos read that the web had grown 2,300% in one year. This number astounded him, and he decided he needed to find some way to take advantage of its rapid growth. He made a list of 20 possible products to sell online and decided books were the best option. Bezos decided to leave D.E. Shaw even though he had a great job. His boss at the firm, David E. Shaw, tried to persuade Bezos to stay. But Bezos was already determined to start his own company — he felt he'd rather try and fail at a startup than never try at all.

"When you are in the thick of things, you can get confused by small stuff," he said later. "I knew when I was 80 that I would never, for example, think about why I walked away from my 1994 Wall Street bonus right in the middle of the year at the worst possible time. That kind of thing just isn't something you worry about when you're 80 years old."

"At the same time, I knew that I might sincerely regret not having participated in this thing called the Internet that I thought was going to be a revolutionising event," he added. "When I thought about it that way … it was incredibly easy to make the decision."

And so Amazon was born. MacKenzie and Jeff flew to Texas to borrow a car from his father, and then they drove to Seattle. Bezos was making revenue projections in the passenger seat the whole way, though the couple did stop to watch the sunrise at the Grand Canyon. Bezos started Amazon.com in a garage with a potbelly stove. He held most of his meetings at the neighbourhood Barnes & Noble.

In the early days, a bell would ring in the office every time someone made a purchase, and everyone would gather around to see whether anyone knew the customer. It took only a few weeks before it was ringing so often they had to make it stop.

Learn more about some of Amazon's early employees here.

In the first month of its launch, Amazon sold books to people in all 50 states and in 45 different countries. And it continued to grow: Amazon went public on May 15, 1997. When the dot-com crash came, analysts called the company "Amazon.bomb." But it weathered the storm and ended up being one of the few startups that wasn't wiped out by the dot-com bust. Amazon shares have continued to go up since the crash (until the recent market correction). It has now gone beyond selling books to offering almost everything you can imagine, including appliances, clothing, and even cloud computing services.

In the early days, Bezos was a demanding boss and could explode at employees. Rumour has it he hired a leadership coach to help him tone it down.

Here are some of the strategies Bezos used in building his Amazon empire.

Bezos is known for banning PowerPoint presentations at Amazon. Instead, he requires his staff to turn in papers of a specific length on their proposals to encourage critical thinking over simplistic bullet points.

Bezos is also known for creating a frugal company culture that doesn't offer perks like free food or massages. In 1998, Bezos became an early investor in Google. He invested $250,000, which was worth about 3.3 million shares when the company went public in 2004. Those would be worth billions today (Bezos hasn't said whether he kept any of his stock after the initial public offering).

What does Bezos do with all his money? In 2012, he donated $2.5 million to defend gay marriage in Washington.

Bezos has also donated $42 million and part of his land in Texas to the construction of The Clock Of The Long Now, an underground timepiece designed to work for 10,000 years. His space company Blue Origin made history in 2015 when it became one of the first commercial companies to successfully launch a reusable rocket. Bezos' interest in flying has gotten him into trouble in the past. In 2003, Bezos almost died in a helicopter crash in Texas while scouting a site for a test-launch facility for Blue Origin. But in early 2016, he flew his personal jet to Germany to pick up and bring home Jason Rezaian, the Washington Post reporter who had been detained by Iran. Bezos is said to own a 5.35-acre estate on Seattle's Lake Washington that includes 200 yards of shoreline. He also bought a seven-bedroom, $24.5 million mansion in Beverly Hills in 2007. There's a greenhouse, tennis court, pool, and guest house on the property, and it neighbours Tom Cruise's estate. In January 2017, Bezos bought the Textile Museum, a pair of mansions in Washington, D.C.'s Kalorama neighbourhood. The property sold for $23 million and is the largest in Washington. He's currently spending $12 million to renovate the place. Here's another look at the mansions. Now, more than 20 years after going public, Amazon has a market cap of over $900 billion. In late 2018, Amazon briefly became the second US company after Apple to achieve a valuation of more than $1 trillion (though its market cap has since sunk below that threshold). In August 2017, Amazon officially acquired Whole Foods for $13.7 billion. The Amazon influence became immediately clear: Customers who are Amazon Prime subscribers can get 10% of sale prices, and you'll see some Amazon branded items offered, including tech products like the popular Amazon Echo line. In July 2017, Bezos became the world's richest person for the first time, surpassing Microsoft founder Bill Gates. At the time, his net worth was more than $90 billion. While the two moguls have flip-flopped from time to time, Bezos is currently holding steady as the richest person in modern history. Despite his high net worth, Bezos doesn't actually take home a high salary, comparatively speaking: His annual salary comes out to $81,840, according to Bloomberg. In January 2019, Bezos and his wife of 25 years, novelist MacKenzie Bezos, announced they were divorcing. "As our family and close friends know, after a long period of loving exploration and trial separation, we have decided to divorce and continue our shared lives as friends," the couple wrote in the statement. "If we had known we would separate after 25 years, we would do it all again." At the time, the National Enquirer said it had conducted a four-month investigation into Bezos and Sanchez's relationship and had obtained texts and explicit photos the couple had sent to each other.

Almost immediately, questions arose about the Enquirer's motives for investigating Bezos and Sanchez and the tabloid's connection to President Trump - Bezos immediately launched an investigation into who had leaked his personal messages.

Then, in February, Bezos dropped a bombshell of his own: an explosive blog post titled "No thank you, Mr. Pecker," in which he accused Pecker and AMI of trying to blackmail him. As a result, Bezos published the emails he'd received from AMI.

"Rather than capitulate to extortion and blackmail, I've decided to publish exactly what they sent me, despite the personal cost and embarrassment they threaten," Bezos wrote.

The Bezoses announced on Twitter they had finalised the term of their divorce in April 2019. MacKenzie retained more than $35 billion in Amazon stock, making her one of the world's richest women.

Since then, Bezos and Sanchez have had a whirlwind year, attending Wimbledon together, yachting with other moguls and celebrities, and vacationing in Saint-Tropez and St. Barths.