Amazon just opened its biggest campus to date in Hyderabad, India — take a look inside Amazon has opened its biggest campus to date, and it's in the financial district of Hyderabad, India.

Hyderabad is home to various American tech giants, including Google and Microsoft. Amazon's Hyderabad campus opened on Wednesday, and it's the first office building outside of the US that Amazon owns. The 9.5-acre (3 hectares) campus took three years to build and can fit more than 15,000 employees.

Amazon called the campus "a continuing reaffirmation of how India continues to be a key market as well as talent hub for Amazon" in its press release. An armed police officer stood at the entrance of Amazon's new campus on its opening day. Amazon began operating out of Hyderabad, in the state of Telangana, in 2004. This campus is one of six Telangana offices housing one-third of Amazon's India workforce. Amazon's employee base in India is 62,000 employees, making it Amazon's second-biggest tech base after Seattle. The campus has 1.8 million square feet of office space — that's about the size of 31 American football fields. 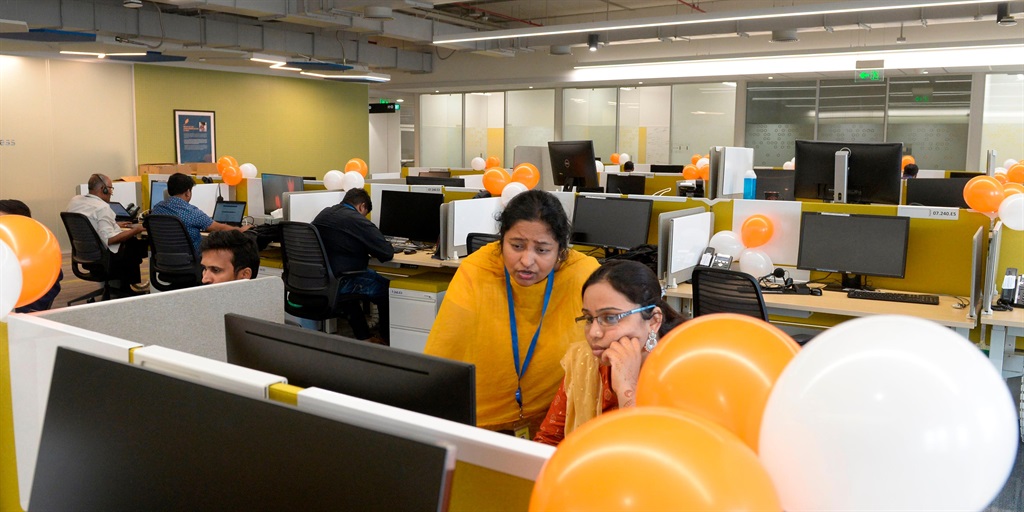 The campus also has a helipad. Amazon VP John Schoettler says the campus was built with employees with special needs in mind. "The infrastructure has been designed as per Amazon's exacting standards, to foster inclusion and a sense of belonging among all Amazonians, including colleagues with special needs," John Schoettler, Amazon vice president of global real estate and facilities, said in a press release.

Amazon India Country Manager Amit Agarwal calls the campus "a tangible commitment to that long-term thinking and our plans for India." Amazon has invested in 30 office spaces, 50 fulfillment centers, and "hundreds" of delivery stations and sorting centers in India over the last 15 years, Agarwal said in the press release.

Amazon says it emphasised sustainability in its new building, which has an 850,000-liter water recycling plant and 300 trees on campus. The Hyderabad campus took 18 million hours to build, according to Amazon.